Hitched 2.0: 7 Guests You Encounter At Every Wedding

We still have seven months until our wedding, but I can’t help but wonder about our guests: how they’ll act, what their reactions will be, how they’ll get along. I’ve been to enough weddings to know that there are bound to be certain people who emerge in some pretty standard guest roles, especially when you have representatives from all different aspects of your life in one room.

Rather than let ourselves be caught off-guard, my fiancé and I are mentally preparing ourselves for the following people to, um, grace us with their presences. 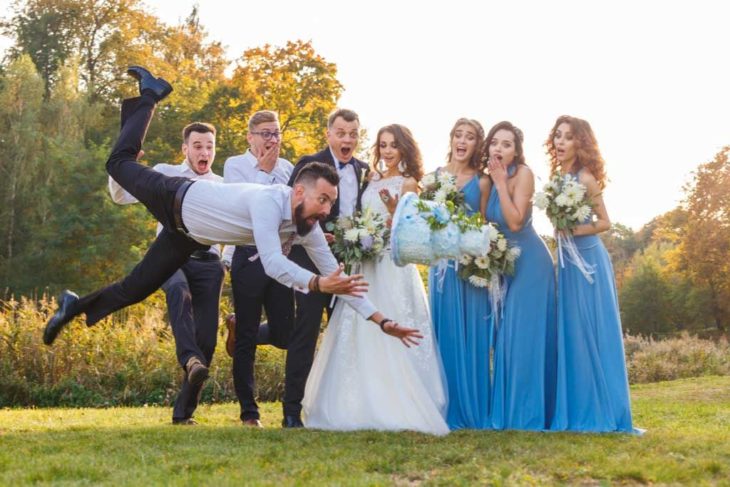 We all love Instagram, and there’s nothing wrong with taking—and posting—pictures at weddings (as long as it’s okay with the bride and groom, naturally). After all, almost every wedding has its own hashtag to aid in collecting all of the amazing guest photos (and we will, too). But some guests take it a tad too far, spending so much time behind their camera phones that they don’t actually enjoy the wedding…or worse, get in the way of the actual, professional photographers. If you need to jump in front of the guy with the extra large camera to get a picture of the cake-cutting, you shouldn’t be taking it.

I’m all for putting in a few song requests—if “Shout” hasn’t been played yet, it needs to be. But, there’s always that guest who spends her entire night at the DJ booth (or band stage) harassing the professional musicians into playing the songs she wants to hear. It’s called song request, not playlist request. 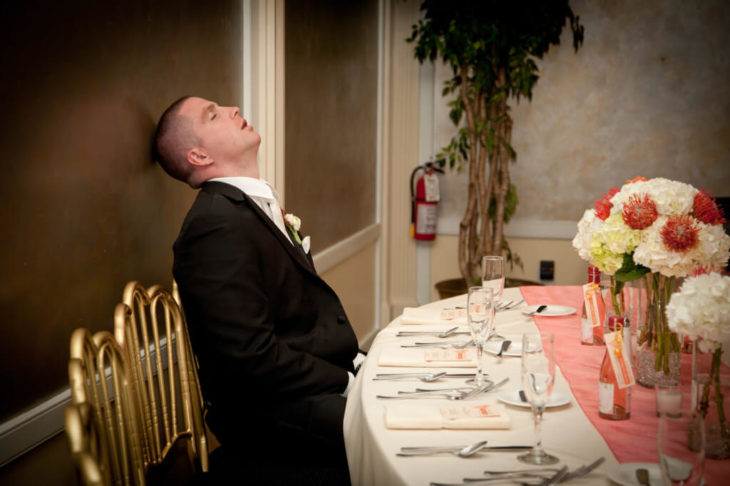 Open bar doesn’t mean “drink-as-many-glasses-of-wine-necessary-to-crash-into-every-table-you-pass.” But, unfortunately, some guests don’t get that memo. Every wedding has that person—or group—you seat as far away from the action as possible, only to have them find their way to the unattended mic to make an unsolicited speech.

Friends with the bride or the groom? Neither? Yeah … please leave. 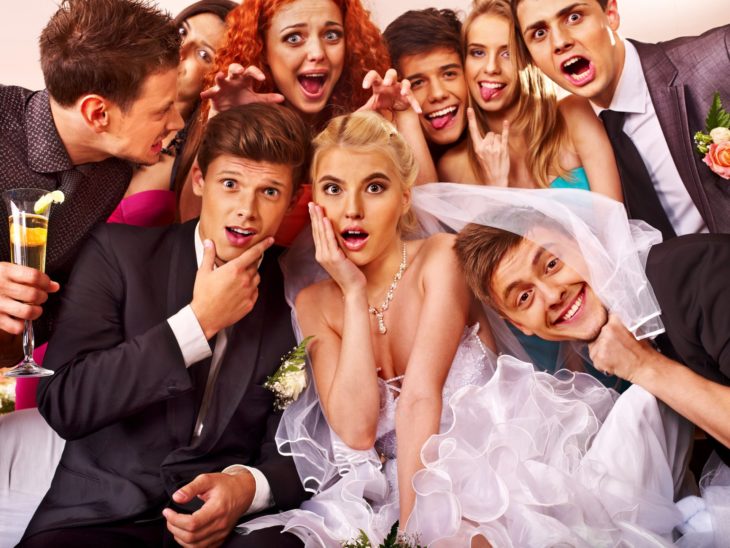 That guest you’ll almost immediately regret granting a plus one—because he didn’t bring a significant other, spouse, or even good friend. No, this guest took the plus one as an opportunity to bring that random girl he met at a bar last week who apparently thought a sheer, bandage dress was appropriate garb for a stranger’s wedding and conveniently forgot to turn off her cellphone during the ceremony. Cute ringtone, sweetie. Is that Taylor Swift?

Date’s in the bathroom? Doesn’t matter for this guy. He’s planted himself on the dance floor and has no intentions of leaving until he’s dragged off. This guest thrives off of being in the center of a human-circle, doing whatever sort of insane dance moves pop into his head (body?) at the time. 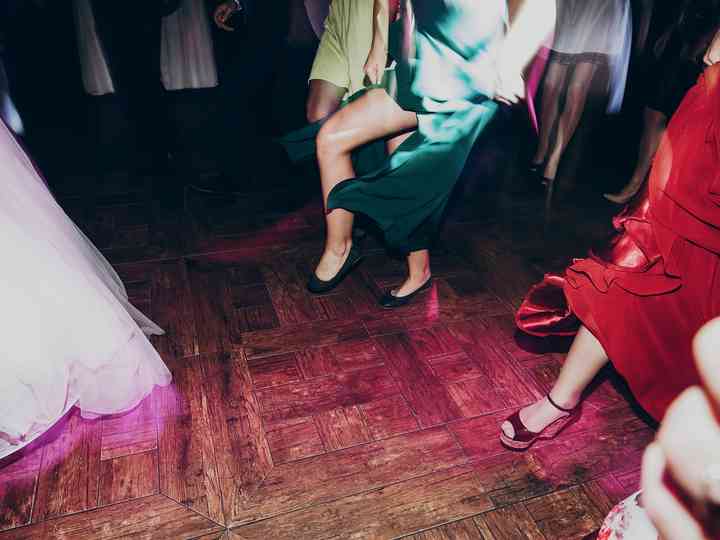 This guy is on the prowl, eyeing every lady’s left ring finger in his search of a wedding fling. He operates under the assumption that any single girl at the wedding is sad to be alone, and happy to have him by her side.