You live in 2050, outside New York and you need to travel by car in the city. But, instead of going to the garage and get in your personal vehicle, you just use your phone and place an order for a vehicle.

The care arrives, and there are three other people in it (strangers) who are heading in the same direction as you. Also, there’s no one driving the vehicle and each passenger has a predetermined route. You travel at incredible speeds on the highway and no one cuts in front or tries to switch lanes. Oh, and there are no traffic signs (at least not ones you can perceive).

As you admire the view, you enjoy a green city, with lots of open spaces and room for people to walk around. There’s no air pollution and you don’t hear the engine roar in the car.

This is one of the scenarios imagined by the people who want to see self-driving cars on the roads. True, it’s not the only one and there are still challenges, but let’s keep our journey to the future and see what could be different due to this amazing technology? 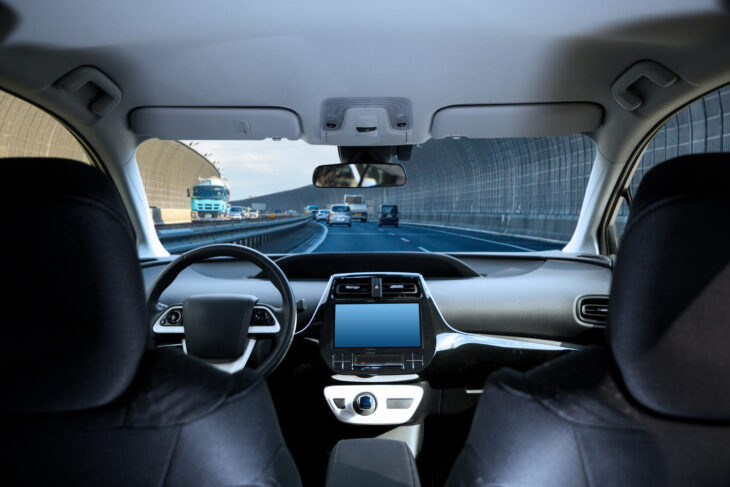 Noticed we mentioned that the car you summon comes with three more people? It’s part of how we envision ride-sharing in the future. Right now, we have services like Uber or Lyft, but most people still own at least one vehicle.

In the future, you won’t have to own the vehicle as one will be readily available whenever you need it. We will have companies owning fleets of ride-sharing vehicles and customers can use an app to summon one of them at their doorstep. In fact, Uber already has an app that can be helpful in a future where no one owns a personal vehicle (SpdLoad did a thorough analysis of the feature and costs of such a product).

While you may love the idea of having your own vehicle at the ready whenever you want it, ride-sharing has a lot of benefits. For instance, we can reduce the number of vehicles on the road since the same car can be used by many in one day.

Also, we won’t have to worry about paying for insurance, maintenance, and other expenses that are strictly vehicle-related. This means more money for other needs and products. 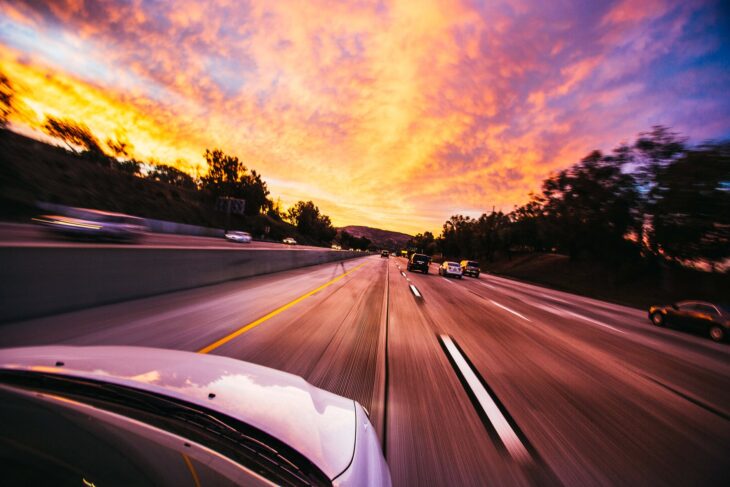 According to recent studies, the average American commuter spends 42 hours per year in traffic jams (in the present). This is not only an unpleasant activity, but it can also have a negative impact on people’s health.

It’s also a problem self-driving vehicles promise to solve. When all cars are driven by computers that communicate with each other, traffic will be more fluid and we will be able to travel at faster speeds. In addition, due to car-sharing, there won’t be as many vehicles on the streets and we will need fewer parking spaces.

Speaking of parking, smart cars will be able to find a parking spot by themselves, without affecting the driver. For example, you can have the car drive you to work (right in front of the building you need) and then send it to charge and park (or even produce some income by joining a ride-sharing fleet until you’ll need it). 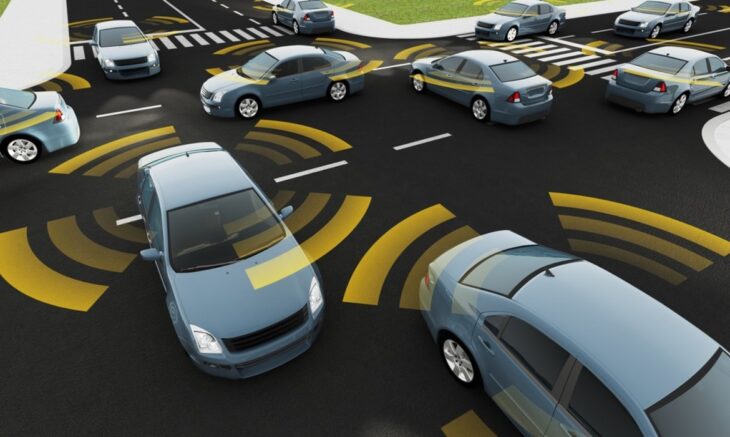 There’s no doubt about the fact that the car of the future is electric. While this doesn’t automatically eliminate air pollutants, it will reduce them to a historic minimum by simply getting rid of vehicles that burn fossil fuel.

Specialists also talk about more space for walking and green areas since vehicles won’t take as much space in the city as they do today. This will happen due to the fact that self-driving vehicles can find a parking spot that’s convenient, can go recharge by themselves, and can basically govern their own route to a new target location.

In addition, vehicles that are capable of driving themselves are more precise and don’t need that much space for maneuvers. This means narrower roads and fewer (if any) traffic jams. Cities will have the possibility to focus their infrastructure on pedestrians, cyclists, and other types of outdoor sportives instead of creating larger roads for cars.

Not to mention that we will no longer need road signs, traffic lights, and other similar signings to direct traffic. Driverless vehicles will be equipped with advanced navigational systems and will be able to find the quickest route to the destination without needing any outside indications. 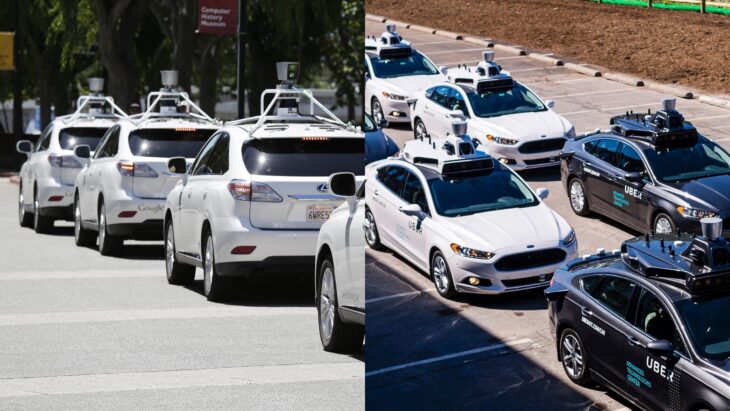 According to statistics, about 1.35 million people die in road crashes each year. More people are injured and many are left with expensive repair bills for a moment of negligence. But car crashes also affect pedestrians, who are usually the most hurt during a collision of any kind.

The big promise of self-driving cars is a decrease in deaths caused by car crashes because they will come equipped with high-end surveillance systems and safety mechanisms. As such, the safety of the driver and passengers will no longer be determined by the skills of one human being. There will be an entire army of sensors, systems, and software apps constantly at work, keeping everyone safe even at high speeds!

Commute will be Better 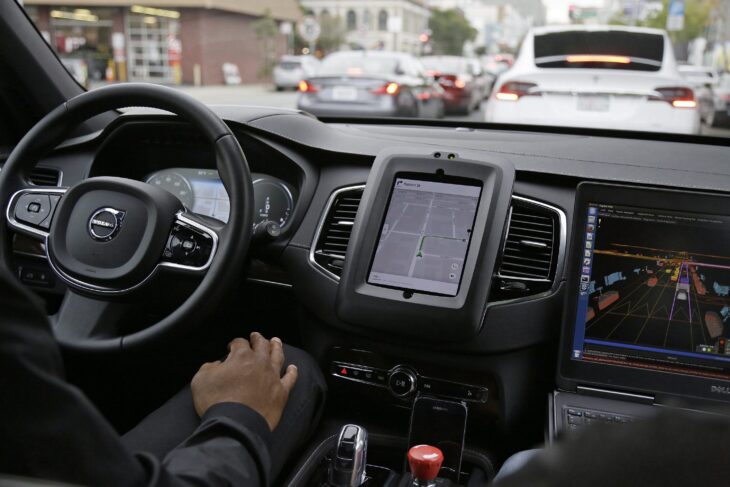 If you have to drive from and to work every day, the commute can easily become a nuisance. This gets even more difficult for big distances or if you have to change several trains or busses before you get to your car.

Now, a self-driving vehicle can’t change the distance you have to commute on a daily basis, but it can make it more comfortable and even productive. Right now, the vehicle is built for the driver – he or she must have the best view of the road and must be comfortable enough to drive undisturbed.

In a world where vehicles don’t need a human driver, the inner space will be organized for the comfort of the passengers. This means there will be more room for seating and passengers may even be able to work during their commute. So, you can start working even before you get to the office and continue working even after you’ve left.

Overall, driverless cars promise a better world with fewer car accidents (if any) and less focus on the personal vehicle. They also promise to free our cities of congested traffic and noise and leave more room for walking and other pedestrian activities.

In our opinion, this is a future worth fighting for!

Things To Consider Before You Buy A Jeep

Using Technology to Choose the Right Cosmetics for...