Go ahead: Blush. Get it out now.

Yes, the conversation is going to be awkward. Yes, she’s too young, and yes, he’s going to tell you it’s none of your business.

But the fact is, the United States has a teen pregnancy rate far higher than its peers. The average age when Americans — guys and girls alike — start at 17.

The good news? Parents are more influential than anyone else in their childrens’ lives, including their friends. 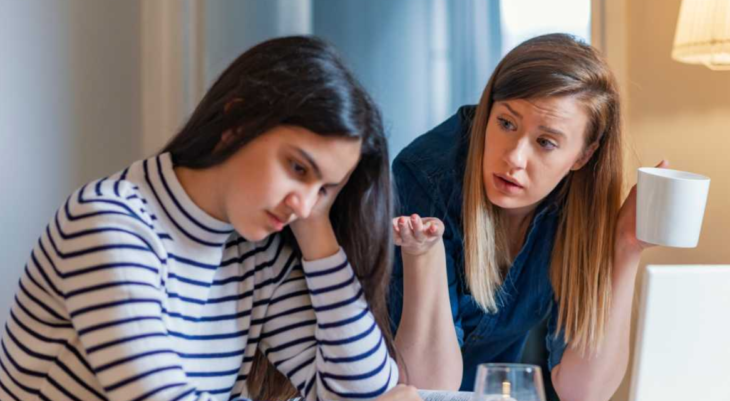 When you do decide to have “the talk,” there are a few things you can do to make it productive and meaningful:

First, remember the reason you’re having this awkward conversation at all: because you care about your son or daughter.

Be clear about that. It may be corny, but you need to explain aloud why you’re putting everyone through such an awkward conversation. You don’t want to see your daughter become a single mother at 16, and you don’t want your son to feel tied down by a relationship he’ll later regret.

You don’t want to come across as a robot repeating the lines of a pamphlet instead of a supportive father. Talk to your daughter about responsibility in the same tone that you would talk to her about anything else.

One way to do this is to show that you were once on the other end of the conversation. By mentioning that your own dad talked to you around this age about wearing a condom, you remind your kid that everyone goes through this as a teenager. 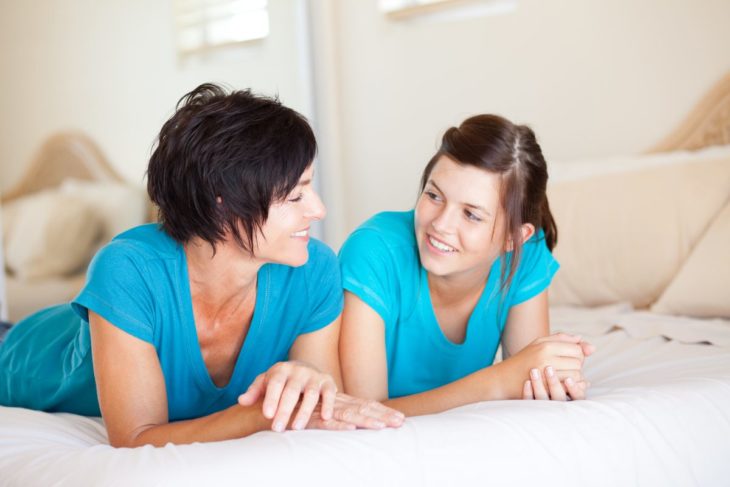 If you want to educate your son on how to avoid unwanted pregnancy, ask questions. Many people, who habit expert Gretchen Rubin calls “questioners,” will only follow through with something if it makes sense to them.

Don’t interrogate them; ask casual questions that help them connect the dots themselves. To help them understand the risk of transmitted diseases, you might ask, “What would you do if someone you love wants to take things further but refuses to use protection? Would you take the risk?”

Realize that your teen may ask how you handled those questions at their age. Don’t sugarcoat things. Teens are smart, and disingenuous answers only undercut your authority.

Everyone, including you and your teenager, likes to talk about themselves. By listening without correcting your son right away, you encourage him to think positively about his conversation with you.

If your daughter heard at school that condoms are the most effective method to prevent pregnancy, listen first. Only after she finishes giving her perspective should you respond to clear up misconceptions about common methods of birth control. 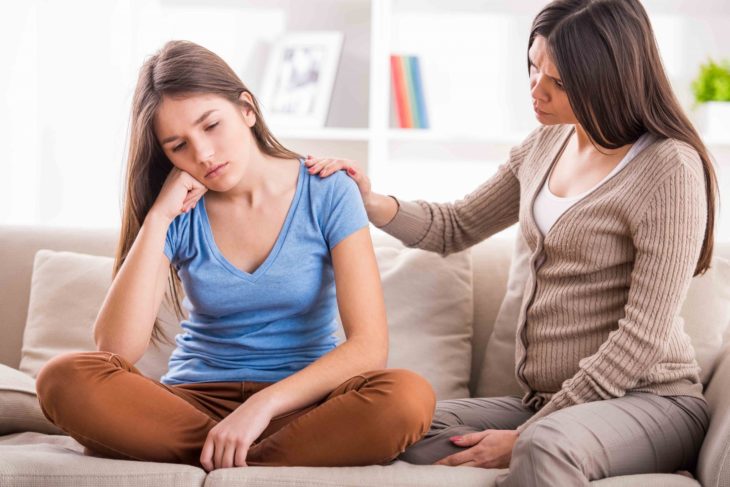 Empathetic people know how to match the emotional state of the person they’re speaking with. People unconsciously copy others’ facial expressions, gestures, and ways of speaking. Known as mirroring, this empathy tactic can be used by human beings as early as infancy.

The more you express empathy when talking to your teen, the less weird it will feel for both parties. If your son uses a hand gesture when asking you a question, subtly use the same gesture when responding.

Certain topics are not ones that can be covered in a single conversation. If things get too awkward, take a break. You don’t want your teen to feel trapped by what should be an open dialogue.

Give your teen multiple ways of reaching out. Maybe she feels more comfortable shooting you a text message with questions than talking through them in person.

Remind your teen, too, that there are other sources of help available. The school counselor and nurse can discreetly answer questions; peers and online forums are not reliable sources of information. The important thing is that your teen’s questions are answered, in whatever format or forum he or she prefers. 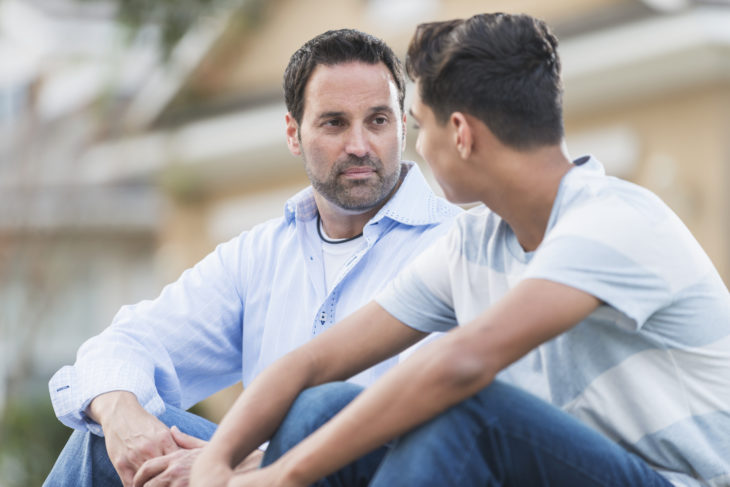 7. Give them the tools to stay safe

The truth is, teens are impulsive. Even if your son understands the realities of the situation and the importance of using protection, he may get swept up in a flood of hormones. Things happen, including to people who plan to wait until marriage.

Don’t just give him money to buy condoms. Not only does that require an awkward chat with a pharmacist or, worse, a gas station attendant, but it may mean he isn’t prepared for an unexpected encounter. Buy him a pack, and leave it somewhere he can’t miss.

If you have a daughter, this conversation gets a little trickier. Unlike condoms, there are many different forms of birth control options out there, according to Nurx. Some are more effective than others, and all require a prescription.

Let your daughter drive the car. Together, review the pros and cons of different methods. If she’s worried about forgetting to take the pill, the shot or patch may be a better choice for her. If hormonal birth control isn’t her cup of tea, what about the physical IUD?

In case your son or daughter does make a mistake, you need to have a plan. Think both about pregnancy and transmitted diseases.

Don’t expect your teen to come to you about emergency contraception. It’s a good idea to keep a morning-after pill on hand at home, but also explain that your teen can get it without a prescription at the pharmacy. 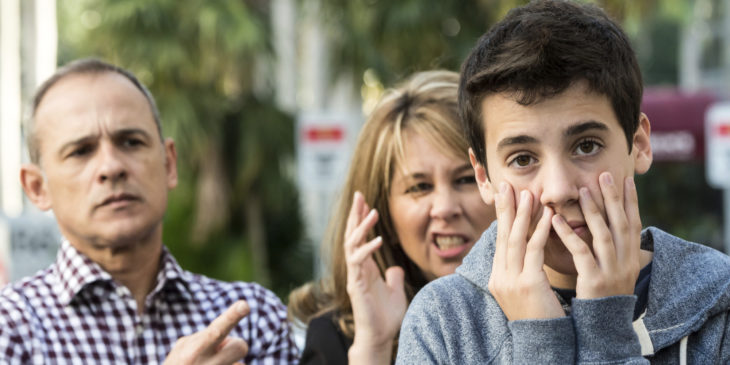 Whatever your opinion, your teen is his or her own person. You may not like it, but you have to respect his or her decision. Make your opinion clear, and then step back.

Helicopter parenting starts with good intentions, but it can create poor outcomes. Don’t tell your teen that he or she can’t associate with certain people. Don’t rifle through his phone or set up “gotcha” moments.

Remember, your teen looks up to you. Whether you like it or not, it’s your responsibility to educate him or her on the realities of life. Don’t take it lightly.

David Beckham Shows off His Abs and Fans Go Crazy

How to Clean a Watch?