LA Lakers reserve guard Nick Young, the boyfriend of Iggy Azalea, had a chat with reporters Tuesday night, in which he explained the story behind a recent tweet of Iggy’s about how he is scared of dolphins.

“He was playing with everybody else, doing what dolphins do — the ‘ack ack’ and all that,” Young said. “It was my time to ride the dolphin. For some reason, he took me all the way to the bottom. He was trying to drown me. But I saw it happening so I jumped out of the water and took off the little life vest and threw off my little water shoes and stayed outside.”

Young said the dolphin took others around in circles but didn’t do the same when it was his turn to interact with it. 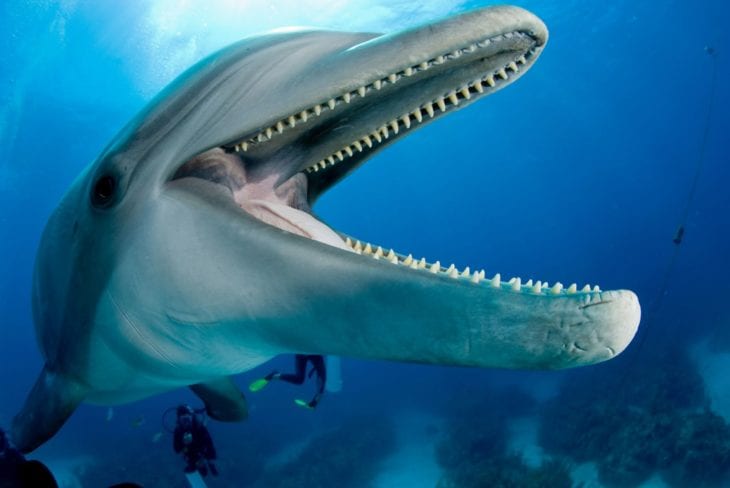 I BELIEVE YOU NICK YOUNG. I believe you. You are right to be scared. You know why? Because dolphins are really messed up. Eeeeeeeeeeveryone thinks that they are the sweet, gentle mammals of the sea, they all want to swim with them and get them tattooed on their ankles and have them help deliver their babies and shit.

But guess what? Dolphins are fucking rapists. There are like, 14 incidents of attempted or successful dolphin rapes a year. They have these prehensile arm-like penises and they use them to grab onto you in order to drag you down under the water to rape you. Also, male dolphins murder baby dolphins in order to be able to get with their moms. I’m telling you, dolphins– they’re seriously messed up. You can look this all up on YouTube, OK? It happens.

Some countries even use dolphins as assassins, as they are bloodthirsty, remorseless creatures who will kill you as soon as look at you.

I believe, in my heart of hearts, that Nick Young was probably the victim of an attempted dolphin assassination. I am glad that he escaped and is now able to join me in spreading the word about the dangers of these vicious creatures. They must be stopped. [ESPN]

5 Most Popular Things to Do in Cancun...

Dolphins Are The Unchecked Soft Boys Of The...