In Which A Unicorn Has Sex With A Rainbow

In her erotica collection Bending, author Greta Christina included a story called “The Unicorn And The Rainbow.” Although she wrote it “on a dare” after making a joke at a reading about how her stories are never “nice, gentle happy stories about unicorns fucking rainbows” and being challenged by audience members to do just that, the results are too well, interesting, not to share. Let me set the scene for you: A unicorn and a rainbow meet in a bar on a rainy night and bond over being “dropped” by their fans in favor of teen idols like Justin Bieber. 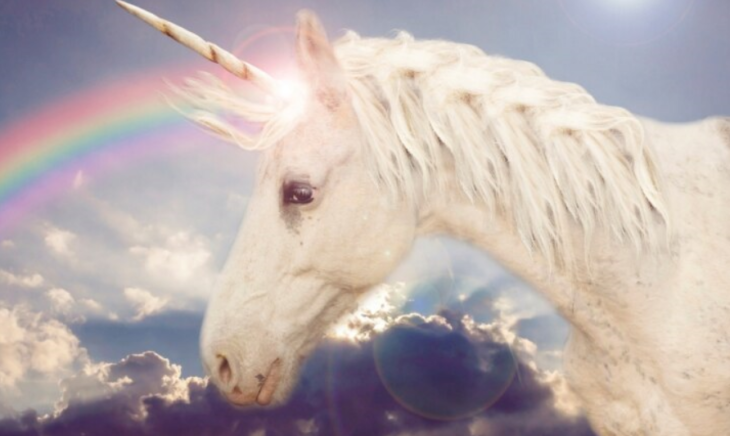 Frank the unicorn walked into the bar. Midnight, pissing rain, and the grime on the neon-garish windows streaked down the glass like a whore’s mascara. The unicorn staggered across the floor and slammed his hoof on the bar. “Jack. Double shot.”

An ugly flush of rage flashed into the unicorn’s face, and for a second, the rainbow thought he might get punched in the gut. Then the unicorn collapsed onto the bar. A single, silvery tear trickled down his face.

“That actor. The one in the vampire movies. Robert something. She — she tore down all my posters. Scraped my stickers off her desk. She even threw out her trapper keeper. Now this moody undead wanna-be is all over her bedroom, and it’s like I never existed.”

The rainbow patted him on the shoulder. “That’s not so bad, pal. There’s dignity in a vampire. You could do worse. Hey, my last one threw me over for Justin Bieber.”

The unicorn flinched. “What do you mean — your last one?”

“Sweetie,” the rainbow chuckled grimly, “I’ve been dropped for every teen idol since 1965. David Cassidy, Corey Feldman, Hanson… hell, I even got dumped for Ringo Starr. And that was after the Beatles broke up. Please. Don’t tell me this is your first.”

The rainbow spread out his tendrils like an octopus, stretching the tips to tickle the unicorn’s balls, and clamp onto his nipples, and twine into his silvery mane, and sneak into his asshole. The unicorn was overwhelmed with sensation: his blows against the rainbow’s bloody face became staggered and irregular, like a heartbeat in cardiac arrest, and his cock throbbed like a bruise.

Ask A Married Guy: “Will My Boyfriend Get Over The Fact That I Hooked Up With One His Friends Forever Ago?”