Some of the magazines recently stated that Angelina Jolie is inviting Brad Pitt over for Thanksgiving dinner with her and their six children. GossipCop went behind this story.

HollywoodLife shared a story about how Angelina want her children to “have both their parents around.” A supposed source shared with the magazine: “Angelina knows the kids would love Brad to be there for the special day,” adding that she has a desire to “recreate” the family’s alleged tradition of Brad carving the turkey.

The alleged source continued on how Joile “has major doubts Brad would take her up on the offer, but she wants to do something nice for the kids.” The source went on about the actress wanting to ”extend an olive branch” to her ex-husband because she’s “been in a forgiving mood lately, especially with the holidays coming up.” 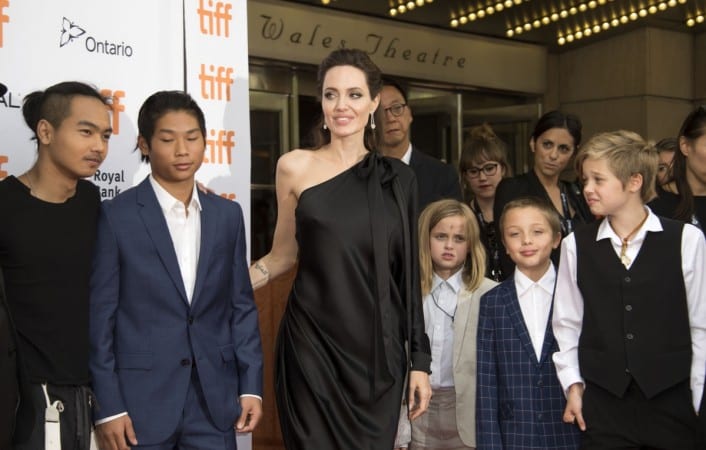 But, according to GossipCop, the story isn’t true. They got in touch with an insider close to the actress, who said that nobody from Angelina’s side talked about her holiday plans with the magazine.

Brad Pitt and Angelina Jolie’s custody battle is set for trial on December 4, unless they make a settlement on their own before the date. According to E! News, custody arrangements have “been up and down for months and they aren’t anywhere close to making an agreement.”

Sandra Bullock is not pregnant!