Kate Middleton is one of the most loved royal family members. They are in love with how sweet she is, and many think how her parenting style is so normal and relatable to us, despite being in the royal family. Middleton’s fashion choices have always intrigued us, and one can say she has good taste when it comes to clothing and jewelry. 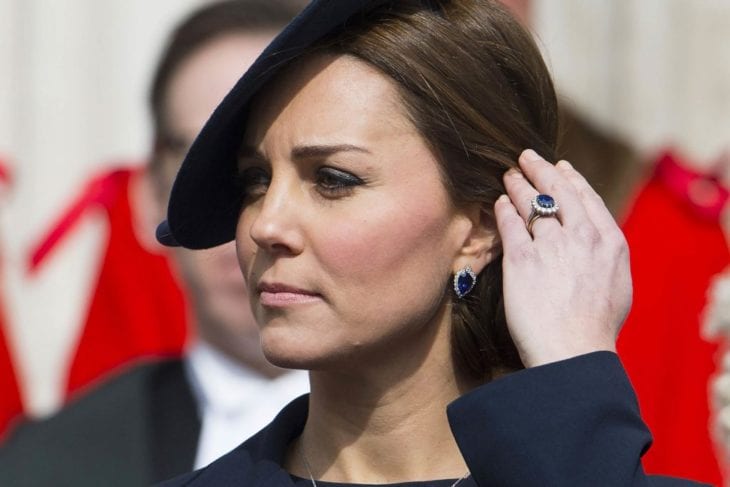 When Prince William proposed to Kate in 2010, everyone was mesmerized by her engagement ring that once belonged to late Princess Diana. The ring is made of 14 solitaire diamonds and a perfect Ceylon sapphire set in 18k white gold. Kate has been spotted wearing jewelry on several occasions, and most of the jewelry comes from Princess Diana’s collection, or from the royal family’s collection. She also likes to wear watches. Prince William gifted his wife a Ballon Bleu de Cartier watch with sapphires, which perfectly compliments her engagement ring. 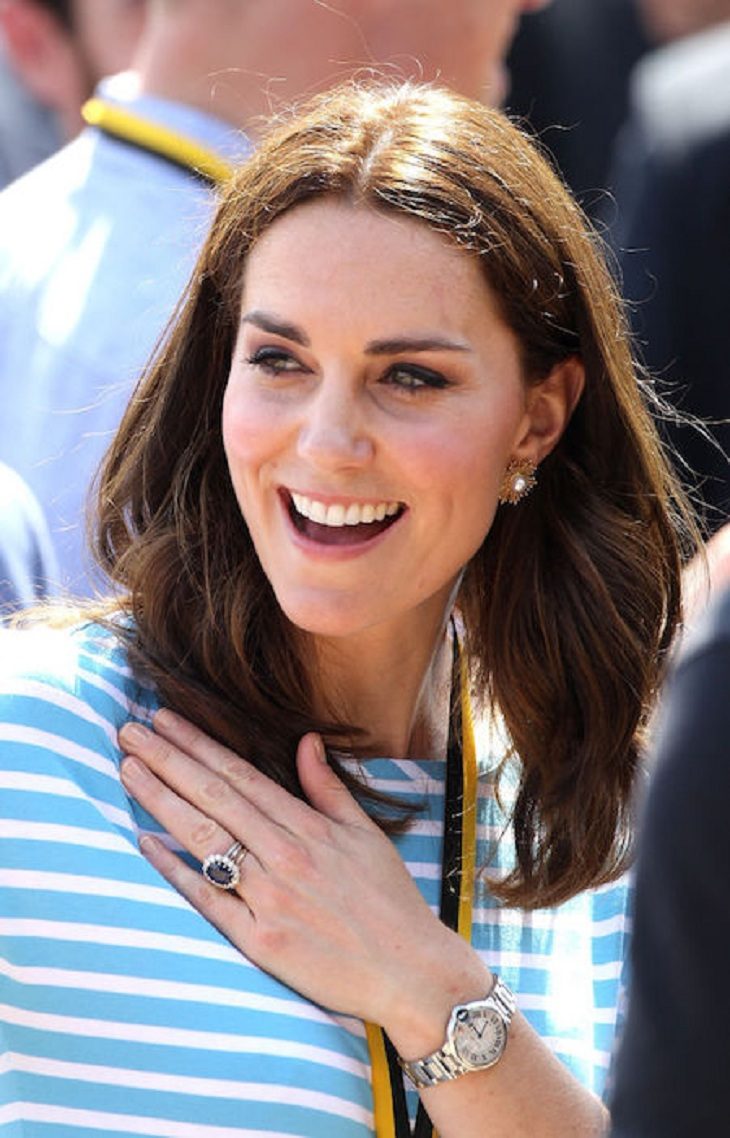 In 2011, Prince William and Kate got married, and Kate had a gold wedding band next to her sapphire ring. After she gave birth to Prince George, Prince William gave his wife a gift, a white gold ring made up of brilliant-cut diamonds, so in addition to her wedding ring, Kate wears this ring as well. This wasn’t the first time Prince William honored the mother of his three children with a fine piece of jewelry. He first gave her a rose gold Victorian ring during their college days in 2005. He also gave her sapphire and diamond earrings and a set of sparkling green amethyst and diamond earrings in 2011. 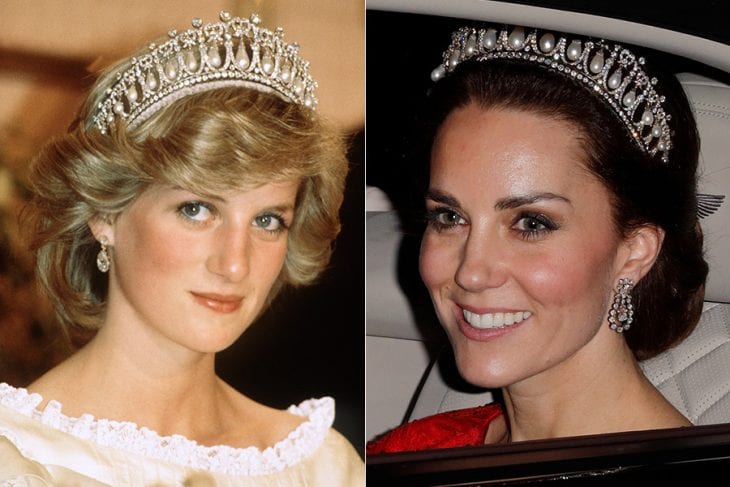 Kate Middleton likes to make a tribute to the late Princess Diana, Prince William’s mother. She often does it through wearing jewelry, like sapphires, which were Princess Diana’s favorite piece. Kate also likes to mirror Princes Diana’s style through clothing, but she always adds some accessories that show her style as well. She also gave her daughter Princess Charlotte a middle name that perhaps honors the most her late mother-in-law – Diana.

What Acer Laptop is the Best for Use at Home?

Tips to Wear Eyelash Serum in the Best...

Best Utility Кilts to Wear in 2021