Kim Kardashian is not someone many people would consider a prime example of a good role model. This reality TV star has been scrutinized ever since her sex tape came out. She quickly became famous because of this and the general public believes she promotes shallow beauty standards in addition to being a superficial individual.

It is easy to assume Kim is a shallow person because she is wealthy, and criticize every mistake she makes. However, this mom of four children has made a lot of positive impact on her life. If everyone looked more into the good things Kim has done, it would be clear that she is a far better role model than the public perceives her to be.

Kim Kardashian has a net worth that is approximately 350 million dollars, with a large percentage of that money coming from her cosmetics company called KKW Beauty. The products that her company produces are considered by industry professionals to be of high quality.

Kim Kardashian is very involved in running her business. Long before her cosmetics company was launched in 2017, Kim worked hard at selling the brand of herself. It is no secret that in order to sell a brand and be successful at it, one has to have strong marketing skills. Kim Kardashian has become extraordinarily rich along with her family, for being good at providing the people what they crave, in small doses. And that is sex appeal and scandals. By presenting those things to the public carefully, Kim’s family managed to stay relevant and talked about for more than a decade, in an industry that goes through celebrities and drops them as quickly as it picks them up.

In the current climate, it is not often that we see many women be successful at business because they are still unfairly seen as less capable of doing it than men. Nonetheless, Kim and her sisters’ entrepreneur skills can be seen as great inspiration for girls that aspire to be successful in business.

I’m still not over this look! Camp Crystal Girl ?After Party ?

Kim has usually been scrutinized for allegedly being too shallow and only caring about money and her reality TV show, Keeping Up with the Kardashians. But if we take notice of her advocacy so far, Kim clearly cares about a lot more things than it is thought.

Kim uses her voice to show support for the causes in which she strongly believes. One of the examples is her bringing attention to the cruelty of the Armenian genocide. Kim Kardashian is using her fame to make changes in the world. In the recent past, Kim has been vocal about her opinions on prison reform. Her work regarding prisons consists of making sure to influence some legislation being passed that can positively affect the prison reform. It is reported that this starlet has had a hand in helping free 17 inmates so far. 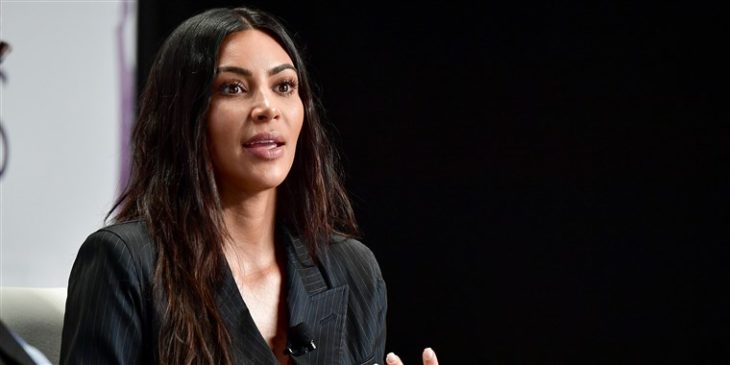 Not only did Kim work with politicians and some organizations for reforming the prisons, but she also decided that it would be useful if she learned more about the law. This TV star recently admitted that she had been going to classes for studying law because she wants to take a bar exam in a few years.

Many people ridiculed her decision on social media websites, saying that she has no place in law school and that she should “stay in her lane.” Kim Kardashian responded to these comments explaining that there is nothing that should stop you from setting new goals for yourself and accomplishing them, as well as pursuing your dreams.

By studying law, Kim Kardashian proved that there is no age limit to learning new things and going to school to study a new subject whenever you feel interested in pursuing it. The ability to continually evolve and learn is one of the many good traits of human beings. By chasing this dream, Kim, who is now 38 years old, is setting an excellent example for anyone too afraid to do so themselves.

Does Kim want to be seen as a role model?

So excited to announce my brand new #KKWBEAUTY Mrs. West Collection. This collection is inspired by the look @makeupbymario created on my actual wedding day. Launching on KKWBEAUTY.COM on my 5 year wedding anniversary, 05.24 at 12PM PST Photo by @gregswalesart Makeup by @makeupbymario Hair by @chrisappleton1 Flowers by @jeffleatham

Even though some think Kim is a positive influence, and some argue that she is a bad role model, we cannot ignore the fact that this Kardashian never intended to be a role model in the first place.

There is an interview in the Rollin Stone magazine where Kim confesses that she is trying to be a good person and live her life by her standards. She never had any intention of becoming a role model to anyone, but when it comes to the people that do look up to her, Kim feels extremely appreciative and honored.

The most infamous love affairs