There is a lot of confusion in the modeling industry today. There are fashion models, and there are glamour models- both types of modeling are incredibly different. Fashion modeling features clothing or product that is being sold, so the focus is on the clothing. Glamour modeling is where the subject of the focus is the model, herself/himself. Despite that meaning, it is regularly confused. Unfortunately, some people have tried and continue to try and diminish the term “Glamour Model” and turn it into something that it’s not. Glamour model and businesswoman Katarina Van Derham is known for pioneering the fight of the misrepresentation of the term “Glamour Model”, as she knows what it truly stands for. In fact, she’s been empowering women well before it was a popular trend. 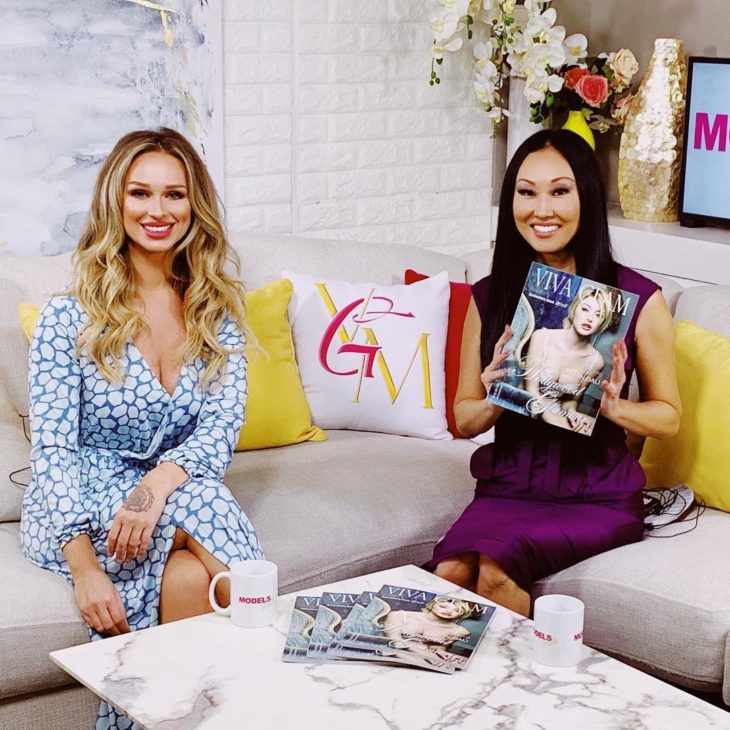 Katarina, please set the record straight. What is a glamour model?

Yes, let’s just set this straight, as there is so much confusion about it. Many think a glamour model is a model who is nude. And this is a good example of men taking control of women’s sexuality. They have completely redefined the term and made it what they wanted it to be, which is “nude”. Think about it, Glamour modeling doesn’t mean nude modeling, but when it is mentioned, one instantly thinks of Playboy. Whereas glamour, the proper term, means quality of being fascinating, thrilling, alluring, and charming. There is a mystique behind it, a certain perception of strength and power. So, as you see, the original definition of glamour has nothing to do with being nude, as a woman can be alluring and fascinating while wearing a winter coat.

What led you to create VIVA GLAM Magazine?

Me being a compassionate vegan for two decades, I know one can live a quality, fulfilling life without participating in animal cruelty or abuse. People would always say, “Well, you don’t look like a vegan.” And I guess it’s because many people’s perception of veganism is a granola-style hipster living in a treehouse.

I love a fair amount of luxury, but not to the point where it masks your authenticity. Being a makeup artist in Hollywood and also a talent on camera, I’ve always loved beauty and beautiful things, as I believe that beauty is a very positive thing and can be healing. Many people don’t realize it. When I was slowly retiring from modeling, and I knew I didn’t want to be a makeup artist past my 40’s, I decided to use everything I had learned, and trust me it’s a lot, (everything from graphic arts, makeup, PR, marketing, video editing, and my journalistic mind, which I took after my father), and put all of this knowledge and experiences into one project that could be a platform for women like me to get inspired and feel good. I decided to launch VIVA GLAM Magazine, which is all about compassionate glam and progressive luxury. 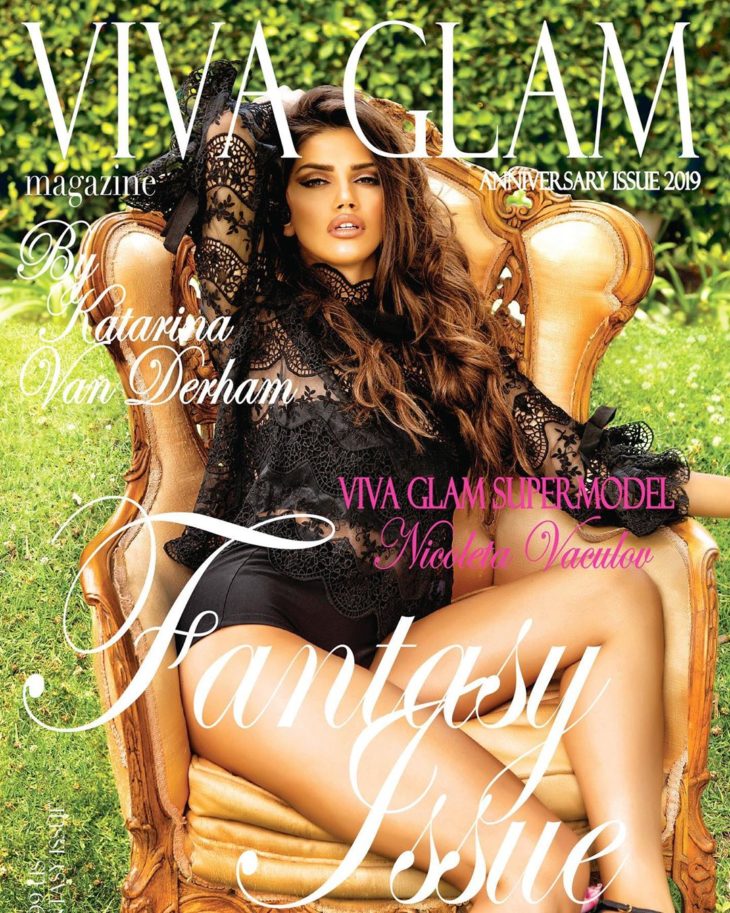 Compassionate glam or as I say, “beauty with a heart” promotes cruelty-free products that are not tested on animals. Progressive luxury means vegan fashion and lifestyle brands on a luxury level.

Vegan luxury is not your traditional luxury where things cost an arm and a leg. While I appreciate the high-quality and aesthetics of the classic luxury products, for the majority of the world, they are not accessible or affordable. Vegan luxury products are way more affordable and the consumers can feel good about their conscious choices that are good for him/her but are also good for our planet and the animals who are here with us, not for us.

How does VIVA GLAM Magazine empower these glamour models who have been ‘left behind’ in the modeling world, taking care of the Underdog?

While I was doing makeup and modeling in Los Angeles, I met so many beautiful girls who weren’t tall and, at that time, no magazine except men’s magazines would accept them. Many of these women wanted to do fashion and not just wear bikinis and skimpy clothing to tease men such as in Maxim, Playboy, and FHM. They all welcomed my idea of creating a lifestyle magazine for a glamorous woman, and even through today I receive thank you messages from some of our followers saying, “Thank you for not leaving us glamour models behind.”

So, with the right idea of glamour, in VIVA GLAM, I gave the opportunity to some of the nicest girls with great potential, and the vast majority of them were grateful for it. 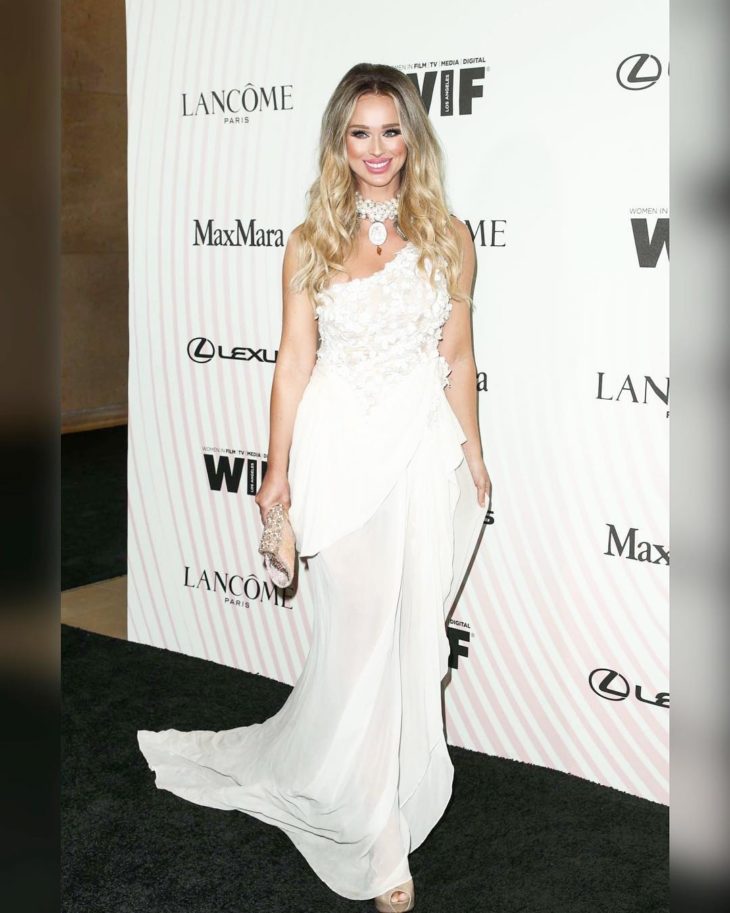 Can you tell us more about these wonderful women that you described that you empower?

I’ve always felt that the vast majority of women around the world don’t relate to me, except the ones in Los Angeles. To be frank, I could say that I had a hard time to relating to most women, myself. In Los Angeles, I found my people. I found women with the same interests who are like me. Women who are talented, educated, smart, beautiful and hard working. I didn’t feel judged by these women. In fact, we got along. We shared things. It was the LA glamour model society who made me feel at home while I was so far away from my actual home. These women would share things with me. I remember meeting a former Miss Teen USA at one of my first photoshoots in Los Angeles. I knew of her because she was the talk of the town. She wore the most beautiful maxi skirt I had ever seen. After she introduced herself with a big, genuine smile, I couldn’t help myself, and I complimented her beautiful skirt. Her answer was, “Do you want it? I’ll give it to you.” I didn’t know what to say, as I wasn’t used to these reactions in the real world. I said, “I mean, I would love it… I can give you money for it.” She said, ‘No, no, no. Here take it.” And she literally took the skirt off in front of me and gave it to me. I asked, “What are you going to wear?” She said, “Don’t worry, I have a pair of jeans in my car.”  And this is just one of the examples of my experience in the glamour world and why I felt that I wanted to be a part of it and give back.

Be sure to visit VIVA GLAM Magazine to see Katarina’s empowerment in action. This way, you can see first hand what we mean when we say that she isn’t leaving glamour models behind.

What is next for VIVA GLAM magazine?

After a pretty successful run and being featured in several TV projects around the world, I would love for VIVA GLAM to have its own travel TV show. I know traditional TV is slowly on the way out, but that’s mainly in the United States. The rest of the world still lives for TV, and it would be nice to have a show in some of these countries.

What To Do After a Car Accident

Become a Successful Businesswoman by Getting Your Products Shipped...