The most famous face of the Kardashian family, Kim, shared a new photo with her fans on Instagram captioning it Always packing, where she lays on the floor in her closet, with the stuff laying on the ground. Kim was wearing a pink bikini, and black sunglasses, as her hair was put together in a ponytail. She took the selfie in front of the closet mirror, with her newest iPhone.

Kim Kardashian, with this selfie, announced that she would spend some time on holidays across Mexican beaches. However, she plans to travel to Japan and Armenia. She stated once how she always loves to go to Armenia, as she has roots from her father’s side there. Also, her children are baptized there, several months before Kanye West dropped his last album. 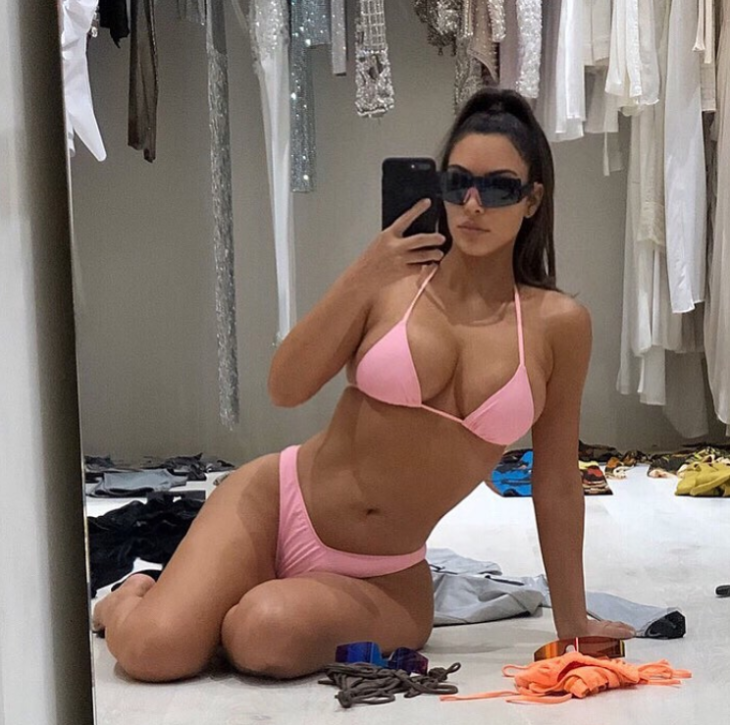 Moreover, Kim recently shared a photo with her six-year-old daughter North, as they are getting ready for traveling. Despite the vacationing, Kim still had to be active on Twitter, because the media said how she was at the Cavaliers and Los Angeles Lakers basketball game to boycott Tristan Thompson, Khole’s Kardashian ex-partner. As the couple split up, due to Tristan’s unfaithful episodes, and they have a one-year-old daughter True together. Allegedly, because of the bad break up, the medias stated how Kim was booing him during the game. On the contrary, Kim was cheering for him, and she stated that on her Twitter account: ”I was there to support him! I was cheering LET’S GO TRISTAN!!” said Kim in her defense.