Kim Kardashian Thinks That Psalm West is a Reincarnation of Her Father, Robert Kardashian

Kim Kardashian shares four children with her husband, Kanye West. Their names are North West, Saint West, Chicago West, and their youngest child is named Psalm West. Psalm is almost one-year-old, and the reality star is convinced that he is the incarnation of her father, the late lawyer Robert Kardashian.

The reason why she believes that is that a medium in Bali told her that her future child would be the reincarnation of her father. Psalm West was born through surrogacy.

Kim Kardashian shared her story with E! News, “My son, Psalm, is probably the happiest baby alive. He’s always smiling, always happy. On our show, we showed that we were in Bali, and a woman—a blind medium—came up to me and said that I was gonna have another son and that it was gonna be my father reincarnated. She had no idea. No one knew. No one on my crew knew that I had a surrogate that was pregnant with a boy.”

She discussed the situation with the medium, which happened off-camera, “My baby nurse, I had to go out of town, and I really needed her to come in. But she had a baby shower that she had to go to. And I said, ‘It’s okay, you can bring my son to the baby shower if that’s okay with you.’ I really needed help. She brings him to a baby shower, and a woman comes up to her and said, ‘Is this your son?’ And she said, ‘No, no, no, I’m just watching him.’ And she said, ‘Well, I just have to tell you, please tell their mom this is a family member of hers reincarnated.’” 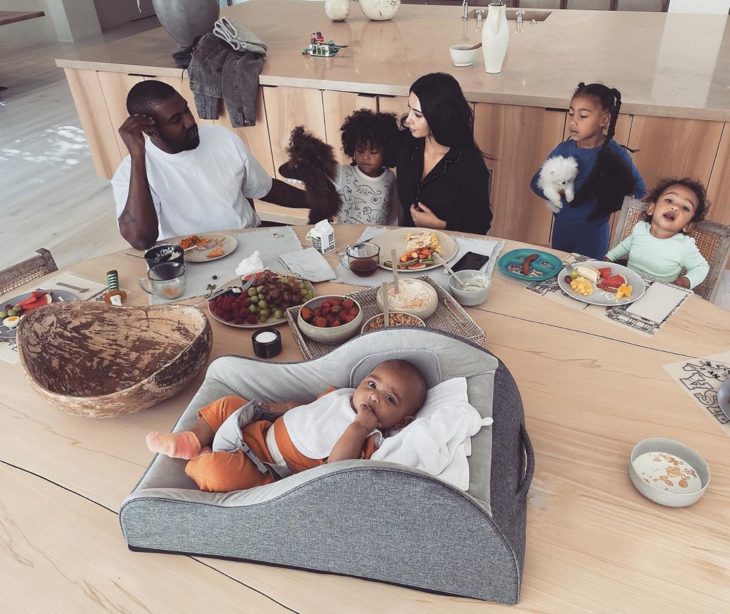 The makeup mogul continued, “Multiple people that had no idea that was my nanny or anything have come up to my baby to say that he’s a family member reincarnated. So my whole family, all the time, thinks it’s my dad and is just so emotional and close to him. He’s left-handed, like my dad. So, all these things happen. I don’t even know if I believe in reincarnation, but I do now. But I want to believe it,” the reality star concluded.

7 Interior Painting Tips for 2020: Make the Most of Your Colors