There isn’t a more prized possession in Korean culture than the traditional clothing called Hanbok. Regarded by many as a symbol of Korean identity, the Hanbok is a well-known and unique piece of clothing that everyone has seen it at least once.

The authenticity of the Hanbok stems from its long history and tradition engraved in the people that wore it. This piece of clothing will undoubtedly make for excellent souvenir and travel photos when visiting Korea.

It is also highly marketable and tourists cannot wait to get their hands on one. But before you go to the nearest shop or visit the first link on Google, there are a couple of interesting facts you need to know about Korean traditional clothing.

Without wasting too much of your time, let’s start with the list. 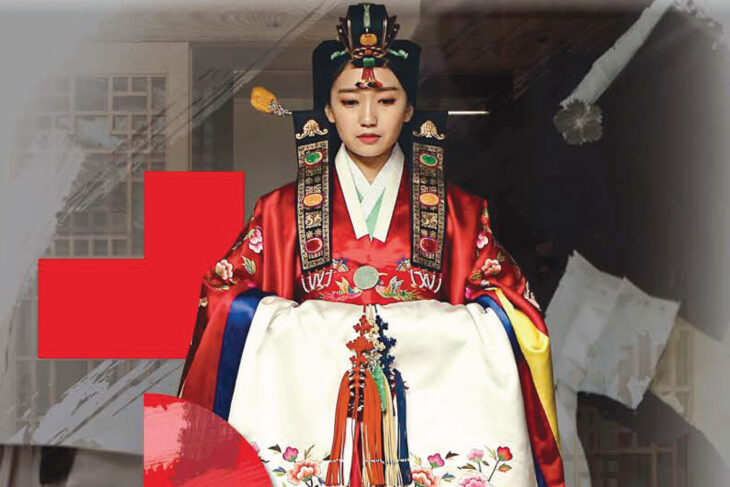 Every culture and every people have origins dating back hundreds if not thousands of years. The Korean Peninsula has been home to dozens of tribes fighting for dominance over the others. But because of this rich history of the many tribes of the Korean Peninsula, it resulted in a mixture of cultural styles that equally contributed to the design of the Hanbok.

But the Hanbok gradually evolved throughout the ages. With every new dynasty and every new kingdom that came on the Korean Peninsula came a call for a change in the way the Hanbok was worn and looked. 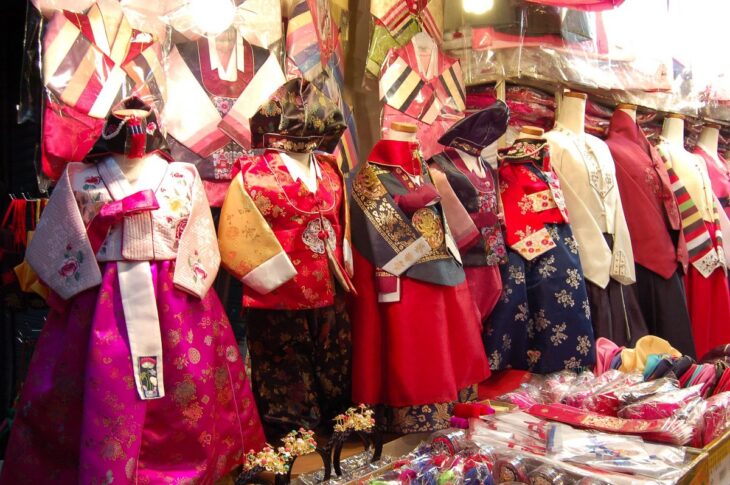 When looking at a Hanbok in person or an image, we instantly conclude that a lot of materials and fabrics are used in the making of one.

In the past, Koreans predominantly used silk for the making of their clothing. But as new fabrics and materials were found out and created, and with that came fewer costs, the narrative quickly changed towards diversifying Korean traditional clothing.

Nowadays, only the best and most expensive clothing is made from silk, while for everyday usage Koreans tend to use material such as hemp and linen. For the making of Hanbok, Koreans use a wide variety of materials that best suit the price, the design, and the functionality of each piece. 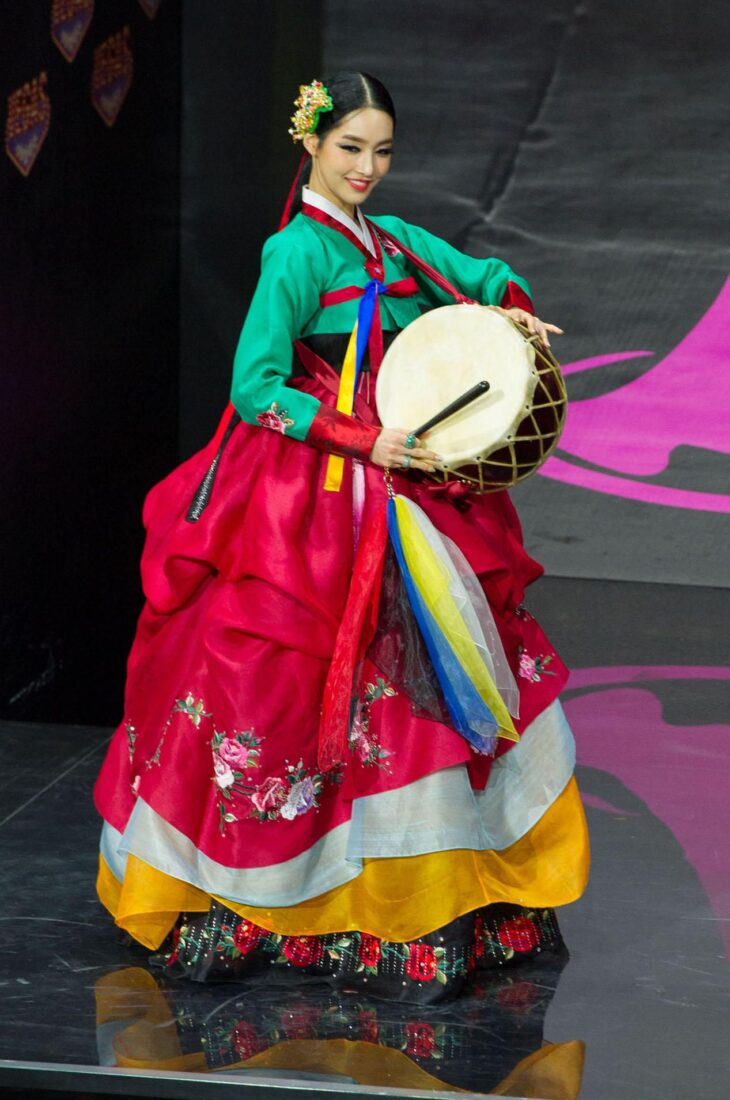 Hanbok is an important part of a person’s life and plays an even important role in its characteristics and social status. It’s safe to say that the higher a person’s status within society means that the more vibrant and bright colors their Hanbok will be made of. Color plays an important factor in Korean fashion, and only the most quality colors are used for custom-made Korean dresses. It’s safe to say that the Hanbok was made from the best and most expensive material that people could get their hands on.

The Hanbok is worn by men, women, and children. Each one has its style and is distinctive from the other. Furthermore, the Hanbok doesn’t necessarily have to be traditional and it can be worn as casual clothing. Before we get into explaining the colors of the Hanbok, make sure to visit thekoreaninme.com and see how pleasantly both formal and casual Hanbok can look.

Color plays a different role within society in our current timeline. Koreans can pick the colors of their Hanbok based on the teachings and learning of the theory of “Yin and Yang”.

Based on these teachings, there is a primary color wheel made out of the colors black and white, red, yellow, and blue. These are the main colors that represent the five elements in life, which are fire, wood, earth, water, and metal.

Each color symbolizes something different and unique to the wearer. While most of these aren’t that popular with modern Hanbok, they’re still part of history and tradition.

The first color we’ll start with is black. Black symbolizes intelligence, death, darkness, and infinity. The color was predominantly worn by the intellectual class of society. These were scientists, professors, academics, and legend says that it was the color of the grim reaper.

The primary use of this color in modern times is for funeral dresses. 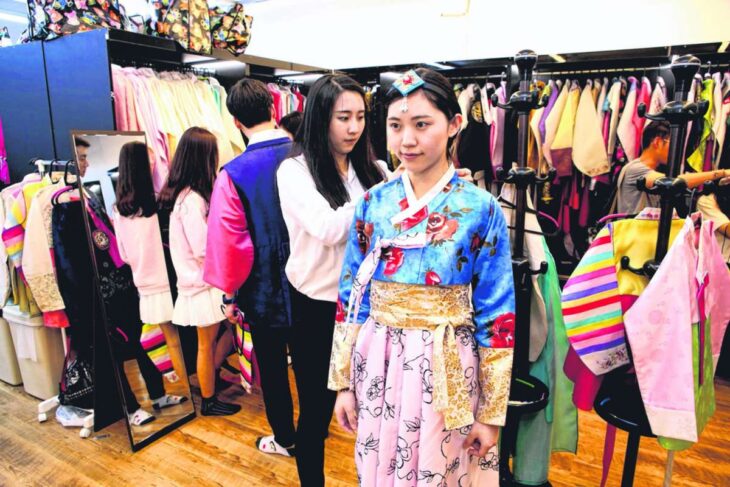 The color of purity, divinity, life, peace, and patriotism is one of the most popular ones in modern Korean society. We see that white has many meanings in the traditional sense, but it also looks brilliant when combined with traditional clothing.

There could be only one meaning for the color red, and that’s love. But in Korean society, red symbolizes much more than love. It symbolizes passion, good fortune, masculine energy, and fire.

Red is predominantly used for special occasions such as weddings and birthdays, and many of the Korean wedding dresses are made with it.

If red was the color of masculine energy, then blue is the color for femininity. Blue also symbolizes the birth of new life, clarity, and it points towards the East direction.

Blue was predominantly used by court officials and is used to this day in the Korean justice system. 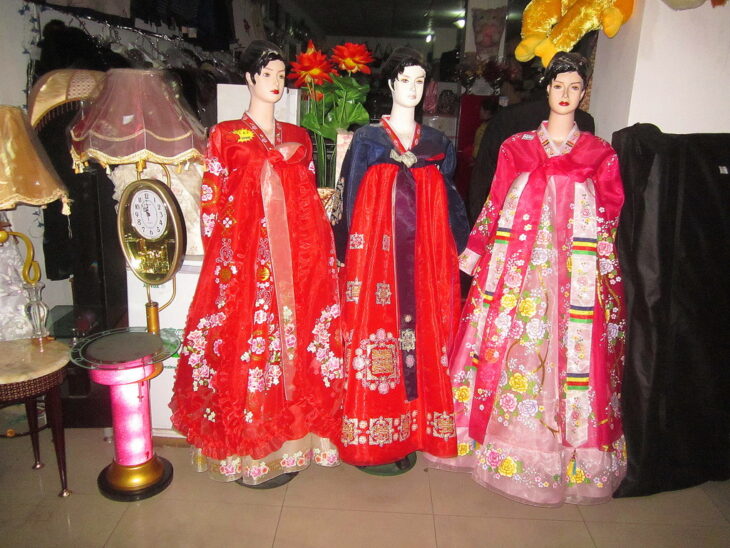 Yellow symbolizes the center of the universe. The color was very hard to obtain, hence why it was predominantly used by royalty and rich people.

Green symbolizes the mark of a new beginning, and green Hanbok was very popular with pilgrimages and settlers.

5 Reasons Why You Shouldn’t Overload Your Load...

Which Sofa is Right for You and Your...