Life After Dating: Compromising On Compromise

Yesterday evening, Nick and I were trying to hang up some pictures on a blank wall in the living room, and things were getting tense.

“I think that blue frame should go about a quarter inch to the right.”

“But the bottom edge lines up too perfectly with that black frame, and it’s giving me an eye tic.”

“Why don’t we move the pink frame down to where the silver frame was?”

“Over my dead body.”

This went on for an embarrassingly long time, until Nick went to the bathroom, and I took advantage of the 30 seconds alone with the decorating supplies to hammer in a new nail and hang the frame exactly where I’d wanted it. When Nick came out of the bathroom, he took one look at the frame configuration he had been vehemently arguing against for the past hour, and said, “Oh, that looks awesome!” 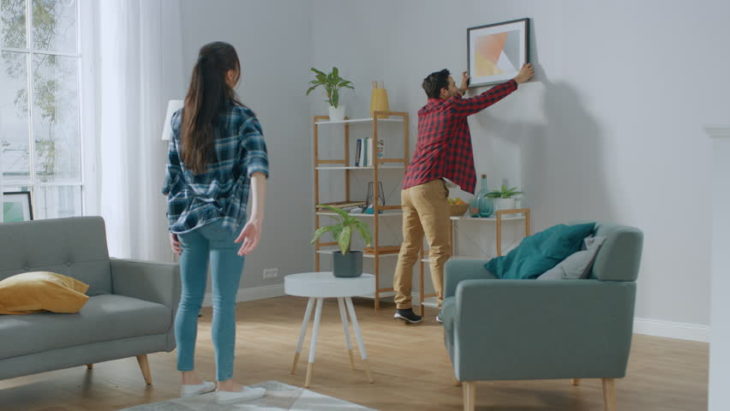 To an outside observer, my gallery wall takeover might seem like a dick move, and maybe it was, but it was also something of an experiment. You see, I usually do most of the decorating around the house. I’ll get broad input from Nick, but the finicky details are left up to me, and Nick always loves the result. In this case, we were trying to figure out the finicky details together, and it was spiraling into a completely unproductive bickering session. An executive decision had to be made, and guess what? Nick loved it. Everyone knows compromise is the key to a good relationship, but sometimes, as in the case of attempting to improvise a gallery wall with a stubborn partner, it is also the key to making things way more complicated than they need to be.

One of the most interesting tidbits of relationship advice I’ve ever read was from a scientist who had come up with an algorithm for defusing arguments with his wife. The gist of it was that as soon as a conflict erupted, the pair would pause and rank how much they cared about the issue at hand on a scale from 1 (meh, whatever) to 10 (never felt so passionate about anything). If one partner’s number was greater than 5 while the other’s was less than 5, the person with the higher number automatically got their way and the issue was dropped. If the numbers were both high, the argument could continue.

I’m not nearly calm or analytical enough to put this into practice for every argument (and not sure I’d want to), but it has really helped me understand why a 50/50 compromise is not always the most fair, practical, or productive way to do things. When one partner cares significantly more about an issue, they should get to make the decision. When one partner is arguing more for the sake of arguing than anything else, they should take a step back and save their energy for the next one. In 99% of minor disagreements, it’s really as simple as that. 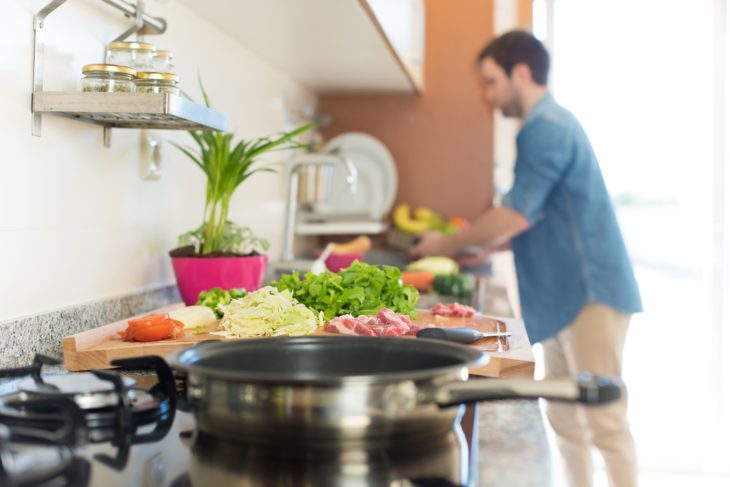 Here’s another example: Nick cooks dinner at our house most nights of the week, because he’s an awesome cook. When he asks me if something sounds good on any particular night, my answers could range from, “Yes,” to “Hmmm…I don’t know” to “How about this instead?” Most of the time I don’t actually care that much, I’m just offering my immediate reaction, good or bad. This often turns the conversation into the dreaded “What’s for dinner?” back-and-forth, which becomes so needlessly complicated that suddenly falafel takeout seems like the only viable option.

But when Nick just takes charge and makes dinner, I don’t recall ever being disappointed or wishing he had made something else. I love whatever food he puts in front of me, the same way he loves whatever curtains I hang up. It’s great to get each other’s opinions on these topics, but on a day-to-day basis, just doing these things is So. Much. Easier.

So here’s my advice: keep compromise as a cornerstone of your relationship. Be open and willing to negotiate on major life decisions, and accept the fact that being in a relationship means you won’t always get your way. But also realize that there are so many tiny choices to be made in the life you share, and compromising on every single one is not necessarily feasible or productive. It’s tedious, time-consuming, and can make every decision feel like a watered down version of what might have been. Make a compromise on constant compromising. When it comes to hanging up a gallery wall or making a veggie stir fry on a Wednesday night, act first, and ask questions later.

Girl Talk: Should You Donate Your Eggs?

Girl Talk: I’m Tired Of Falling For The Wrong Friends