Life After Dating: Splitting The Holidays

My parents separated during my senior year of high school. That was bad enough, not because I was upset at the time about them separating, but because that first holiday season was weird — my dad was there, but only begrudgingly on my mom’s part — and once the divorce proceedings started and things got ugly, we started having to split up the holidays. My dad had moved to Madison, Wisconsin, while my mom had the house in a Chicago suburb that we’d grown up in, so it was easier for my sisters and I to do Christmas stuff with my mom. But it was a balancing act.

It got worse when I got into a relationship with my now-ex, the year I graduated from high school, because his family was intensely territorial about holidays and easily offended. So I had to see my dad, I had to see my mom and sisters, I had to see my ex’s mom and siblings, and, if possible, we’d spend time with his dad, too, but not always. Two sets of divorced parents is a pain in the ass. It’s bad when it’s two sets of parents, period, but four gets extreme. My dad has learned to work around this problem by doing family get-togethers before or after the actual holiday.

My eldest sister eventually moved her family to New York, then Missouri, and now Texas, which complicated things further — it was simple enough for her to visit with her husband and son when it was just the three of them, but since then they’ve had two more boys. Thanksgiving and Christmas have increasingly been held in the South over the last few years, now that the family has settled down into a home that can accommodate guests. My other sister moved to San Francisco last year, which adds another layer of planning if we want quality family time. 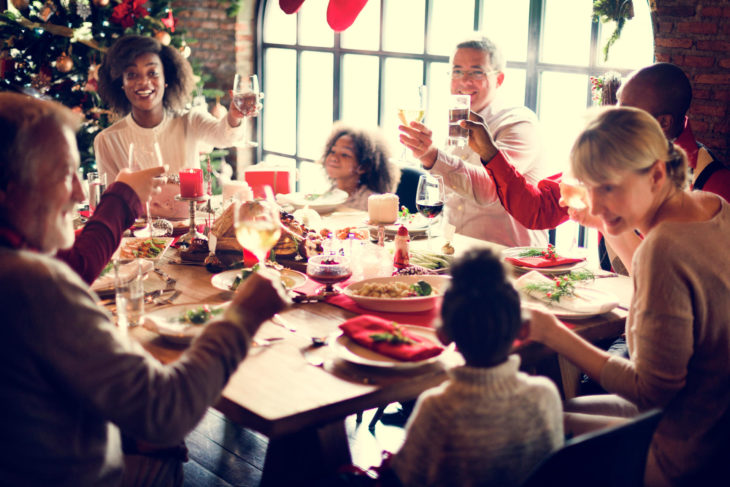 My boyfriend Michael, in the meantime, has never had another serious, long-term relationship before. Holidays are one of the instances in which this is a blessing, because he just doesn’t get hung up on who’s where, when and why. We’re welcome at each other’s family events, of course, but it is a huge relief to me that there’s no requirement to be present, no hurt feelings if we spend the day with our individual families instead. Michael gets to see his extended families on holidays, and I get to go to Texas and see my sister and brother-in-law and nephews.

PHEW. Are you confused yet? It sucks. The holidays become a matter of balancing logistics as you get older, and not always because you’re running around trying to make things wonderful and fun for the kids; sometimes it’s just to keep up the pretense that nothing has changed since you were a kid yourself, despite the addition and subtraction of several important people and places.

The fact that Michael is completely and totally cool with spending holidays apart gives back some of the fun of the holidays by subtracting some of the logistical problems. In the past, I had to split both the days of Christmas Eve and Christmas itself in an attempt to act as if I could fully dedicate my holiday spirit to both my family and my ex’s — and, no, they couldn’t do anything together. Now, the only stress I feel about the holidays is booking flights in a timely fashion, packing, and getting to and from the airport, and once I’m in Texas, I can relax, play with my nephews, and catch up with my sister and brother-in-law.

The one thing I will say about being apart on the holidays is this: Last year at this time, Michael and I were broken up. I was assaulted in the spring of last year, and I was trying to figure out how to cope with the PTSD that came along as a result of that assault, and trying to figure out how to reconstruct my life. And after my very, very bad former marriage, I didn’t know how to handle being in a relationship at all, much less while I was trying to recover. Michael was far from perfect, himself — he has his own issues to work out, and his own relational flaws, but that’s his story to tell, not mine. We fell apart as a couple and broke up, but we didn’t stop hanging out all the time, because at that point we were genuinely each other’s best friends. And it was fun, so much more fun than it had been to be a couple, because we expected each other to be good, supportive friends, but we didn’t expect that we should dedicate all of our free time and attention to each other. Everything that had been fraught just went away. 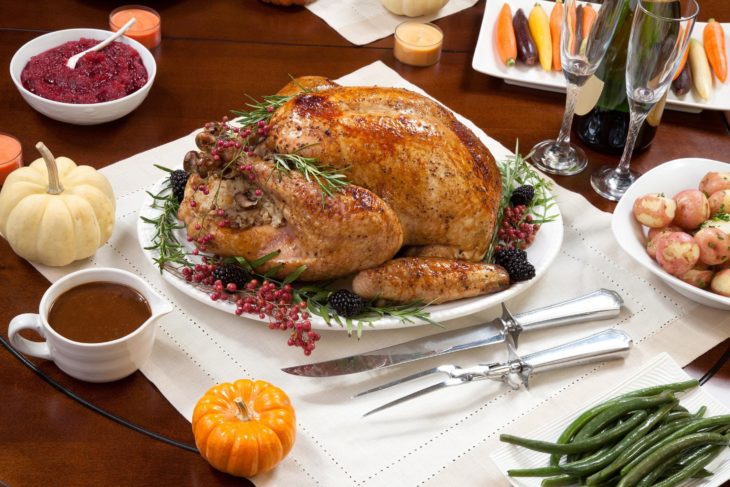 The running around on holidays when I was still trying so hard to be everywhere at once, and nowadays the packing, the flights, the commute — all that effort happens because it’s important to my family that we be around each other on a few key days a year to celebrate and share and enjoy our company. It happens because my family is my priority, and I love them. One of the ways that Michael and I practice and express love is to allow each other to do what’s important to us as individuals during the holidays, even if it means being apart — but being apart just drives home the fact that we’re each other’s family, now, too.

Life After Dating: The Inescapable Logistics Of Love

A Comparison Between Whole Life and Term Insurance...

How to Organize Your Family Bills and Track...