It seemed that 2018 was a year that gave us some of the best memes to dwell our minds on. But if we’ve learned anything from memes is that they keep getting better and better, as time goes by. 2019 promises to be an even better year, and its only January. We have no idea what the meme lords have in store for us this year, but it’s a great time to reflect on all the best memes from 2018. Some memes go viral and you can see them on www.freshviralmemes.com 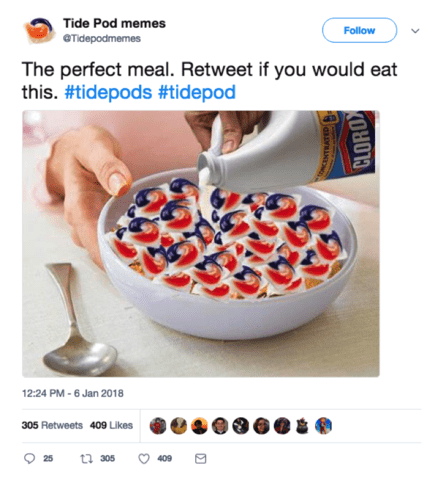 Tide pods first appeared in 2012, but it was in January of 2018 that they spiked to popularity in the meme community. Videos and pictures emerged from teens trying to eat the surprisingly satisfying detergent packets. Eating tide pods is actually really dangerous for you since they are made from all sorts of deadly chemicals, but that didn’t stop people from joking about it. 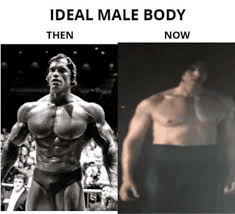 Star Wars: The Last Jedi amazed everyone and there were a lot of talking points regarding the movie. You could say that some of the most impressive scenes were the one where Snoke dies, Vice Admiral Holdo’s heroic suicide, and perhaps even Luke Skywalker’s *spoiler* death scene. But you would be surprised that a legendary meme emerged from this masterpiece of a movie. Namely, there was a scene where Kylo Ren stands shirtless and the meme Ben Swolo is derived from his birthname Ben Solo. The term Ben Swolo is a combination from his name and the term “swole”. To understand the meme, all you have to do is look at Kylo Ren’s massive body. You could say he is an absolute unit! 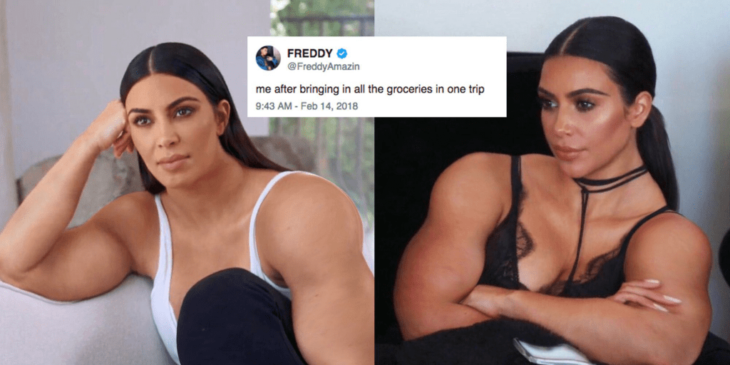 This one is pretty simple and it involves no other than celebrity superstar Kim Kardashian. We all know Kim’s past, and we know that she is the type of person that will always be in the spotlight. Gym Kardashian refers to a photoshopped picture that went viral on the Internet of Kim Kardashian absolutely ripped! Much like Ben Swolo, the internet was quick to react.

This legendary meme still lives and has not managed to die in any way shape or form. The meme comes from a TV show called American Chopper, where cameras follow the Teutul family who pretty much built super neat bikes. The show is pretty great but the meme that emerged is even better. There is a scene in one of the episodes where Paul Teutul Sr. and Paul Teutul Jr. get into a heated debate, only to end the debate with the dad throwing a chair at Paul Jr. This scene emerged as a new meme template where people started new arguments.

This meme refers to a picture taken on the red carpet as movie star Jason Momoa (Aquaman) tries to sneak up, and surprise, on fellow Justice League co-star Henry Cavill (Superman). You just can’t hate Jason Momoa for giving us this beautiful moment.

2018 was an amazing year for LeBron, turning it from an unlikely season into an amazing age-defying one. This meme emerged in Cav’s Game 1 against their NBA finals opponents Golden State, where J.R. Smith seemed to lost touch for time as he tried to dribble past players with only 5 seconds to play, instead of trying to find a position to score. This made LeBron confront him with his hands extended in frustration (See image above).

In case you want to know more about celebrities check out www.myfashioncampus.com