Madonna Spotted Leaving Her Private Jet With Her Daughters and Ahlamalik Williams!

The world-famous pop icon, Madonna, is seen on Friday night, as her private jet landed in Miami. Madonna was with her adopted twin daughters Estere and Stella, her oldest daughter Lourdes, and one of the dancers of her troop, Ahlamalik Williams. As she left the plane, the style icon had a black coat and a pair of ankle black leader boots. She had a couple of tights, and on her head, she had a classic black hat, and she looked like a rock star.

The Vogue queen’s daughter, Lourdes, is famous for being  ”same as mother” and she also followed neo – rock style by wearing a black outfit with a brown jacket on top. Madonna was leaving the plane holding one of the twins for her hand, who was wearing trousers and a pink rucksack, and red coat. 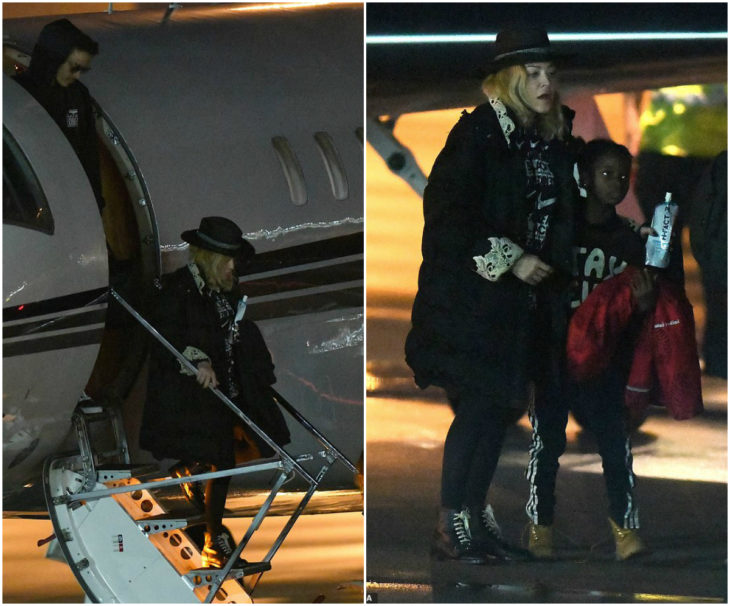 In case you don’t remember, Madonna adopted twin girls in 2017, from Home of Hope – an orphanage in Malawi, and name them Estere and Stella.

Besides the adopted kids (whom she has four), Madonna has two biological children, Lourdes (23) with her ex-husband Carlos Leon, and Rocco (19) with, again, ex-partner Guy Ritchie.

Her dancer, Ahlamalik (25), is showing up lately with Madonna in most of the places, and both of them raised some rumors when they appeared on stage together, with Madonna twerking on him. However, there are no further speculations about them being involved in an intimate relationship. 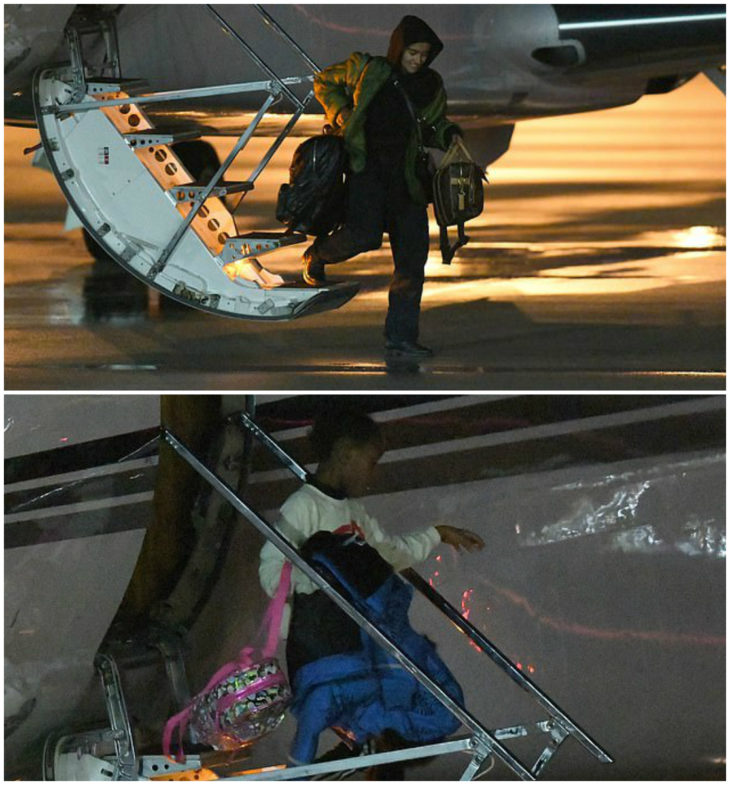 Also, in November this year, Madonna showed up with her sister Melanie, with whom she is rarely seen in public during her worldwide Madame X tour. Two sisters joined their family together and had a group prayer because of the broken relations within the rest of the members of their family. It was a challenging and hard experience for Madonna to hold her family together, but with their appearances in public, things seemed a bit better.

Brad Pitt’s Relationship With Maddox – Will He Spend Christmas With His Eldest Son?

10 Things You Need to Know About Renting...