“Transformers” star Megan Fox, 22, is trying to outfox the Hollywood media by confessing all the sexy secrets of her wild past. The bikini-clad bombshell, who’s on the cover of the October issue of GQ, exposes more than just her cleavage for the magazine. In an interview, she talked about her life with a frankness not found in most celebrities, including recounting a relationship that she had with a stripper named Nikita who did slow dances to Aerosmith ballads. Although, she declares her “I Kissed A Girl” moment doesn’t mean that she’s gay or bi. “Look, I’m not a lesbian,” she explained. “I just think that all humans are born with the ability to be attracted to both sexes. I mean, I could see myself in a relationship with a girl — Olivia Wilde is so sexy she makes me want to strangle a mountain ox with my bare hands. She’s mesmerizing. 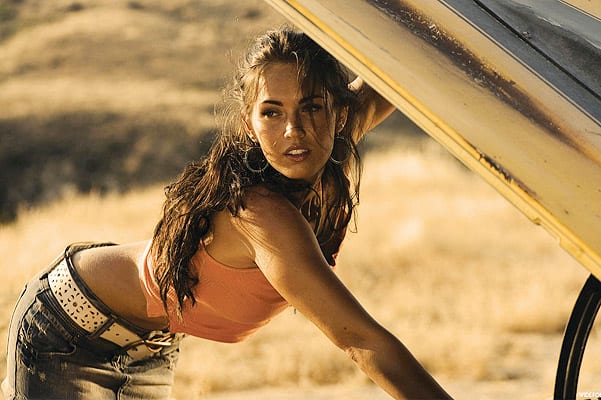 And lately I’ve been obsessed with Jenna Jameson.” She went on to lash out at Disney for turning teenage girls into pop-culture sexpots. “They take these little girls … teach them how to sing and dance and make them wear belly shirts, but they won’t allow them to be their own people. It makes me sick. I would never issue an apology for my life and for who I am. It’s like, Oh, I’m sorry I took a naked, private picture that someone … sold for money. …You shouldn’t have to apologize.” Tell it like it is, girlfriend! Looks like this action movie heroine is better at pulling stunts off-screen than on-screen. [GQ]

Brian Austin is Mysterious Around His Megan Fox...