Meghan Markle and Her Relationship With the Royal Family

We might have reason to believe that the relationship between Meghan and Prince William and his wife Kate Middleton is not the greatest.

The Daily Mail reported that Harry’s older brother has talked to him about his worries about Meghan that were sparked last Christmas when they allegedly had an argument.

Gossip rag cited a source on December 1 that said: “The problem is that the Cambridges felt things had moved very quickly between Harry and Meghan. Wills particularly was worried and felt close enough to Harry to voice his thoughts.” Harry didn’t take this complaint very well. 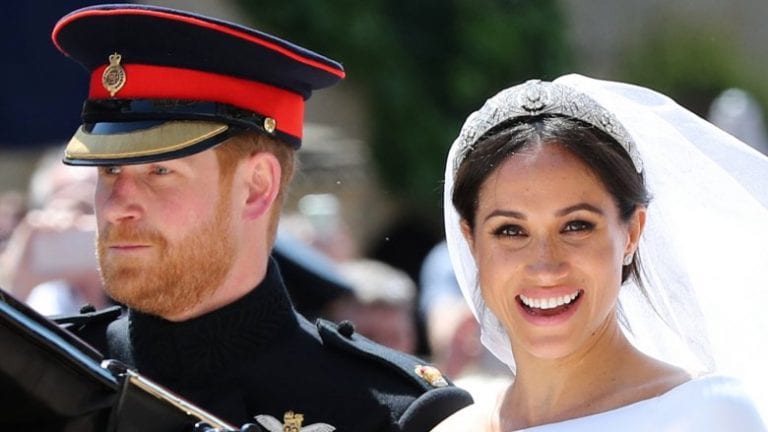 The row in question happened last year during the holidays when the young couple visited Prince William’s and Kate Middleton’s home at Anmer Hall, Norfolk. Another source said that the Duchess tried giving Meghan advice on the royal life and etiquette. The source continued to say: “It escalated rapidly after Meghan complained to Harry that she had been ‘told off’ by Kate. He took her side, while William defended Kate. Meghan’s a strong character and so is Kate, so it doesn’t surprise me there have been clashes.”

But despite all of this every fan of the royal family knows that Meghan and Harry got married this Spring and are now awaiting a child that will be born in Spring of 2019. They had a wonderful wedding that took place at St. George’s Chapel at Windsor Castle on May 19, 2018. They have been in many headlines from that point forward.

Rumors of the two couples not getting along are still very much going around. What added a lot of heat to them was the report of Prince Harry and Meghan moving out the Kensington Palace to Frogmore Cottage that is on Windsor Estate.

A few weeks ago another source said: “Now Harry and Meghan don’t want to live next to William and Kate and want to strike out on their own. They need more room and hope Frogmore Cottage will be ready in time for when they have the baby.” In light all of these rumors, none of the parties involved have made any official statements. A royal insider suggest that: “Meghan would be very unwise to get involved in a tit-for-tat war with Kate or anyone else. That is what Charles and Diana did through third parties and it brought the monarchy to its knees. A dignified silence is the best course.” 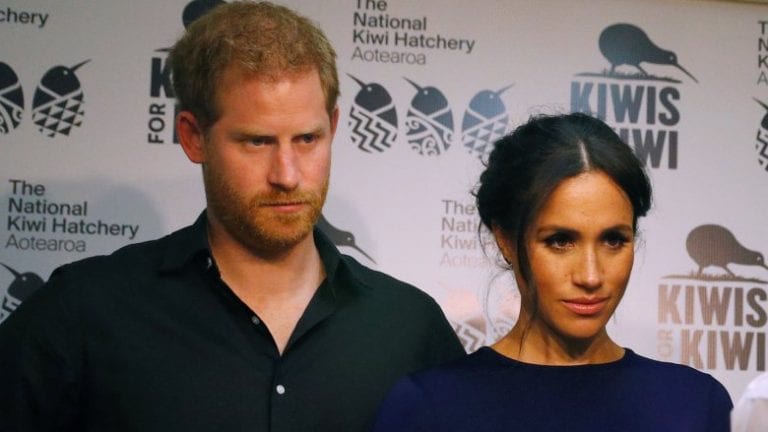 Despite all of the rumors there is something that suggests that there might not be any argument at all. The Duchess commented on the baby news and said, during her visit at Leicester University that she is very excited about the baby and thinks it a great time to have children. She also mentioned how nice it will be for her three kids to have a cousin. “It’s such a special time to have little kiddies. And a cousin for George and Charlotte, as well, and Louis. It’ll be really special.”

Another royal insider dished on Christmas plans for this year: “Harry and Meghan really enjoyed staying at Anmer Hall last year, especially spending quality time with Prince George and Princess Charlotte, and there’s no reason why they won’t want to do the same this year, especially as Meghan is going to be heavily pregnant.”

The Newlyweds and Their Plans

Even though the new couple currently lives at Kensington Palace that won’t be for long. Soon they will be leaving London and moving in to their new estate that was gifted to them by the queen herself. A 10 bedroom estate in Frogmore Cottage in Windsor Castle. Before they move in, lavish renovations are taking place. It should be ready for them to settle in in early 2019. The reason for their move is the need for more space for their family. 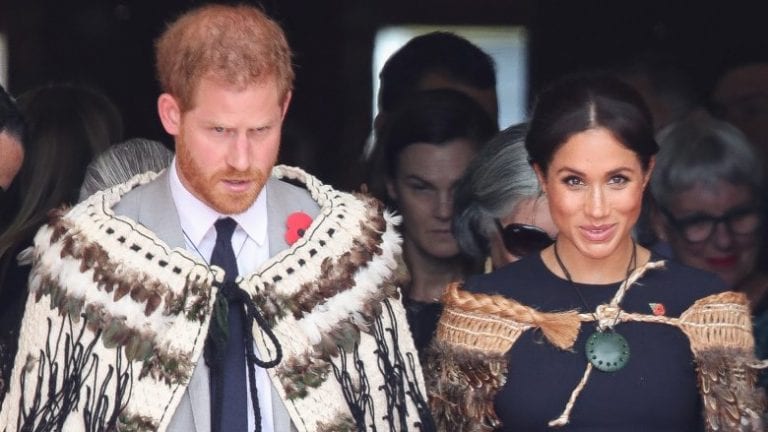 Kensington Palace issued a statement that said: “The Duke and Duchess of Sussex will move to Frogmore Cottage on the Windsor Estate early next year as they prepare for the arrival of their first child. The couple have lived at Nottingham Cottage since their engagement last year. Windsor is a very special place for Their Royal Highnesses and they are grateful that their official residence will be on the estate. The Duke and Duchess’s office will continue to be based at Kensington Palace.”

A source told Vanity Fair back in August that the couple is trying to be more private: “They spend a lot of time in the Cotswolds, more than people realize. They are in the country way more than they are in London and they are enjoying a low-key and very domesticated start to married life. Harry’s not around that much anymore. Meghan likes him to keep his diary clear at the weekends so they can be together in the countryside.”

Even the member of the royal press are seeing the change in their activities: “Royal rota journalists are being kept further away from [Meghan] than we were before the wedding. That means we can’t hear what she is saying. If you can’t get direct quotes from members of the royal family that often makes for dull stories. You go up afterwards and ask what she said.”

There have been reports that multiple members of staff have left their household since their wedding. Sources have said this might be cause by the fact that Meghan is picky, and sometimes difficult to work with. “She has very high standards and is used to working in a Hollywood environment. However, there’s a different degree of respect in the royal household and Kate has always been very careful about how she has acted around staff.” 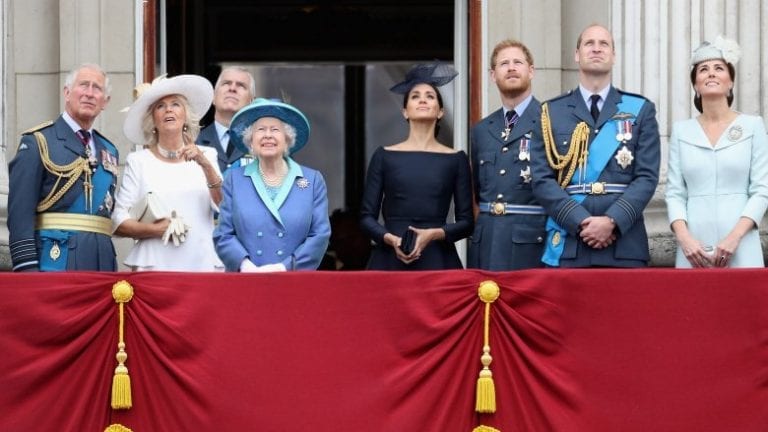 Drama surounding a green emerald tiara may have caused the queen to step in and put Mehan and Harry in their place during the wedding preparations. “Meghan had her heart set on this tiara with emeralds and Prince Harry hit the roof when they were told it was impossible for her to wear it,” a source claimed. “The provenance of the tiara could not be established. There were concerns it could have come from Russia originally … There was a very heated exchange that prompted the Queen to speak to Harry. She said, ‘Meghan cannot have whatever she wants. She gets what tiara she’s given by me.'” They continued by saying: , “The Queen also questioned why Meghan needed a veil for the wedding, given it was to be her second marriage … The message from the Queen was very much Meghan needed to think about how she speaks to staff members and be careful to follow family protocols.”

Meghan Markle was very different from the girls that Harry previously dated, as they were mostly from aristocrat families, but the truth is he has been linked to other people from the entertainment bussiness.

The couple was introduced to each other by a mutual friend, Markus Anderson, a Soho House higher-up. She and Anderson knew each other from Toronto where she filmed Suits for years. It is not completely clear how Andreson knew the prince thought it is believed that the reason is the Soho House club where Anderson works and Harry was a member of. Even though Harry fell for Meghan pretty quickly after meeting he was still being connected to a model who he was allegedly dating back in Britain.

What She Gave up 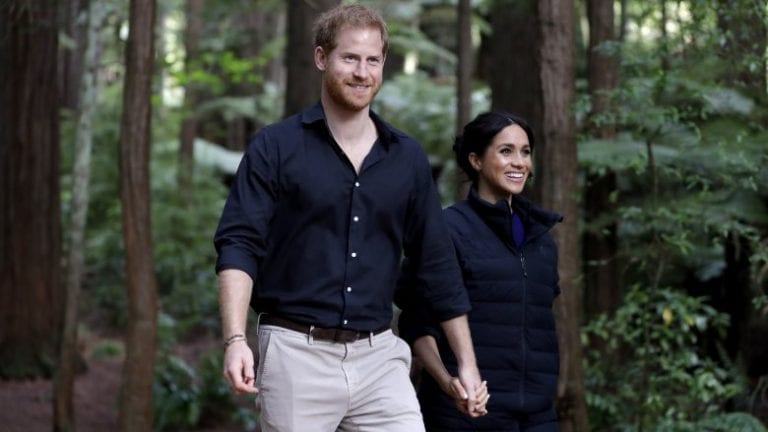 One of the thing she is not allowed to do, as the Sun has reported, is take selfies, as the queen sees them as strange and disconcerting. She also cannot vote, and she has been known to express her political views (including her view on Brexit, which she was against of).She is prohibited from signing any autographs. As dark colored nails are seen as vulgar by the royals she also can’t do that, as well as wearing a above the knee skirt or dress which she has already done.

No Prenup Was Signed

As it is very common with celebrity marriages to have prenups, in this situation it isn’t really necessary even though Harry’s net worth comes up to around $38 million. “I don’t think members of the royal family sign prenuptial agreements” said royal expert Katie Nicholl. The reason is that this isn’t really a celebrity marriage but rather a royal marriage. Duncan Larcombe explains that: “You wouldn’t need a prenuptial agreement to stop Windsor Castle from being cut in half in the event they divorce, because it’s not Harry’s.” Most of the royal estates and riches actually belong to Queen Elizabeth and not to Prince Harry.

Does the Royal Family have Mixed Feelings about Meghan?

How to Deal with Hypertension Smartly?