Meghan Markle is known for her charity work. Even before she entered the royal family, she contributed to many charity organizations. For instance, she traveled to Rwanda to help children in need, she worked with World Vision as their Global Ambassador, and so on. And now that she has become the Duchess of Sussex, her charity work and humanitarianism reached the next level. 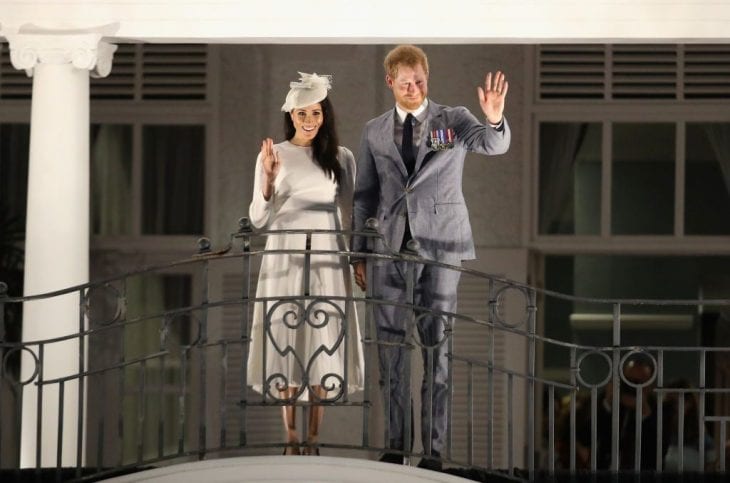 As you might remember, when she and Prince Harry got married, they decided to ask their guests to donate to charities instead of buying them gifts. And it was already in September that she chose a community cookbook put together by the Hubb Community as her first charity project. Not long time ago, she was named the Patron to four organizations, two of which the Queen herself had passed down. Now, let’s move on to see which are Meghan Markle’s favorite among the many charities she made her contribution to.

A fantastic performance at @NationalTheatre inspired by War Horse by schoolchildren from Edith Neville Primary School in Camden, which was created to mark the centenary of Armistice Day. pic.twitter.com/A2TLnWflwW

The Queen was a Patron for the National Theatre for 45 years, and recently she has decided to step aside and pass the torch to Markle. Given that she was an actress, it’s no wonder the Duchess of Sussex believes in art as a way of bringing people closer. The Theatre promotes inspiring, challenging, and entertaining performances, and they stage productions both in the UK and around the world, all with the aim of developing talent.

It was an honour to welcome The Duchess to @CityUniLondon – one of our 500+ member #universities – today and share our work with her. We look forward to continuing to build a better world together through #highereducation https://t.co/Wh4n4CLnVT #ourCommonwealth

This is another charity that her Majesty passed down to her daughter-in-law after 33 years. Since Association of Commonwealth Universities is the oldest international university network, and the only accredited organization that represents higher education across all Commonwealth countries, it is the right organization to contribute to as Markle, just like the Queen, finds it important to make education accessible to everyone.

We're delighted to have welcomed The Duchess of Sussex on her first visit as our Patron this afternoon. ?
The Duchess met with our CEO, Mayhew staff and volunteers; as well as members of the community we've helped and animals under our care, to see our work first-hand. pic.twitter.com/NLiciPke6z

Mayhew is another among Meghan Markle’s favorite charity organizations since she’s a big animal lover, and Mayhew focuses on animal welfare. Here are some of their main services: community support through unique programs, preventative veterinary support with community clinics, rehoming pets, international support by managing rabies, providing educational programs overseas, as well as cutting down on the dog population.

Today we welcomed our Royal Patron, HRH The Duchess of Sussex, to Smart Works to meet our clients and volunteers. She heard their stories, dressed two clients and coached a client to help her start her own business. pic.twitter.com/6NSEMyFkuC

Smart Works Charity is the fourth of the organizations that Markle is a Patron for, and it offers support for vulnerable and long-term unemployed women. Their goal is to do whatever it takes to help those women regain their confidence and get them ready for a job interview. They also have a monthly network meeting to help women connect for the sake of professional development.

Of course, there are other charities that Meghan Markle has made significant contributions to, including those that she and Prince Harry chose when they got married, and these are Children’s HIV Association (CHIVA), Crisis, Scotty’s Little Soldiers, Surfer’s Against Sewage, Myna Mahila Foundation, StreetGames, and The Wilderness Foundation UK. So, no matter what some think about her, the Duchess of Sussex has, without a doubt, shown that she won’t let anyone stop her from helping communities that she cares about so much.

8 Effects of Sleeping on a Bad Mattress And Easy Fixes

Royal Family Members Have One Outfit They Always Pack