Mom-To-Be, Loni Jane Anthony, Brags About Eating 10 Bananas A Day, Thinks You Should Do The Same

Instagram-famous photographer and mom-to-be Loni Jane Anthony decided to share her diet secrets with the world in a feature that ran today on an Australian news site. The 25-year-old makes the claim that eating 10 bananas a day “saved her life.” And what exactly did she need saving from? 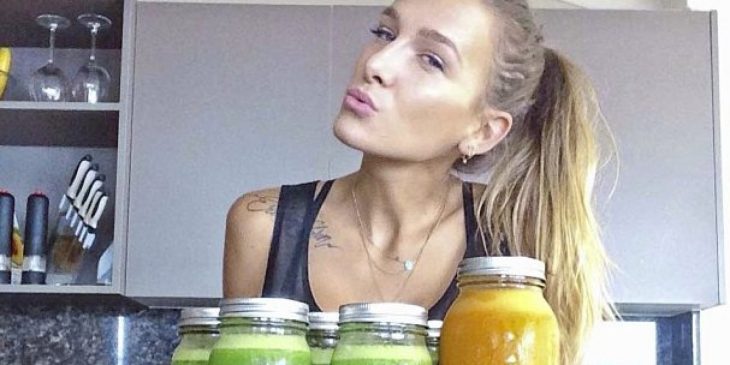 The Aussie claims her “excessive partying” and use of alcohol and junk food left her with a “whole range of health problems including candida overgrowth, hormone imbalance, irregular periods and hair loss.” Oh that, and she picked up some parasites and dengue fever after going on a “full-blown bender in Thailand” that she just couldn’t seem to shake.

That’s when she came across Doug Graham’s 80/10/10 Diet – a low-fat diet and lifestyle where you eat only whole, fresh, uncooked fruits and vegetables — from an extreme fruitarian, which she says miraculously cleansed her “internally really sick” body that was headed for an untimely death due to cancer. Loni insists her transformation had nothing to with weight loss. I’ll let you scroll through the multiple IG photos of Loni half-naked, digging into a watermelon and read through passages where she talks about how she’s living her passion on your own time because I’d like to call your attention to the part where Loni, WHO IS SIX MONTHS PREGNANT, talks about what she eats on a typical day. Spoiler: mostly water and fruit and the occasional alcoholic beverage. 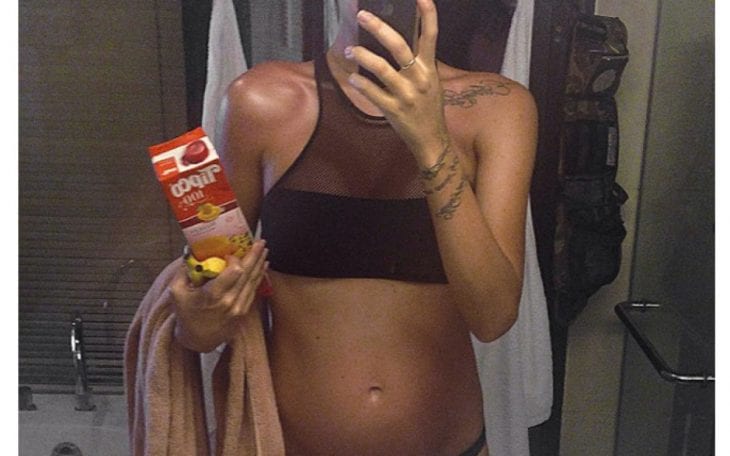 “I usually wake up about 4.30 a.m.-5 a.m. and have up to two litres of warm water with lemon. I let that go down for two or three hours. In summer I like to eat half a watermelon to get hydrated … If I don’t have watermelon I’ll have a big smoothie with at least five bananas, but usually more than five because organic bananas are smaller, and about a litre of filtered water. I also always have oranges in the morning being pregnant. I’m obsessed with eating oranges … At lunch I usually like to have a mono meal, meaning one type of fruit, which is really good for digestion and goes straight through you. At the moment it’s mangoes I’m hooked on so my meal for lunch will be at least five or six mangoes. I might then have a salad later depending on how active I am that day … Dinner is always a huge salad with a tahini dressing. If I decide to have something cooked I’ll have it on the side like at the moment my crispy no-fat potatoes are divine … I didn’t quit alcohol altogether but it’s no longer five days a week, it’s more like once every five months … Some days, even on my Tumblr, the amount of questions I get asked is just insane. I’m like ‘why are people so interested in me? I’m just sitting here eating my bananas. I’m not anyone special.’ I’m just a little earthling sitting here eating my fruit and trying to spread my message in a way that’s not offensive or preaching to people.” 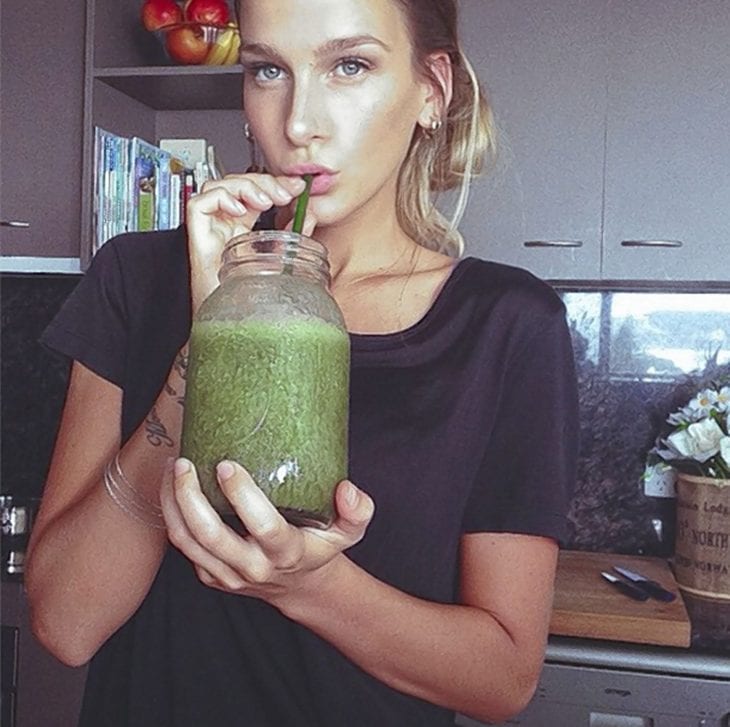 Loni goes on to acknowledge that while so many people are so interested in her, others are “scared off” by her lifestyle. She attributes this to them being “stuck in their comfort zones of eating junk and they don’t want to be around someone who makes them feel guilty.”

WRONG. It’s because she called no-fat potatoes “divine” and referred to herself as “a little earthing.” But for reals, I feel uncomfortable with Loni’s “transformation” because it doesn’t sound safe for her baby. I’m not a doctor, of course, but common sense and the little knowledge I have about nutrition tells me that you have to consume more than bananas and mangoes eachO day when you’re eating for two. I really try not to concern myself with what other people eat (or how much CrossFit they do), but it seems irresponsible to glorify the extreme fruitarian lifestyle for pregnant women.

Does this make anyone else feel weird?

Vanessa Carlton Confesses On Facebook She Miscarried An Ectopic Pregnancy

“Same Love” Singer Mary Lambert On Macklemore: “I’m Gay And I’m Part Of The Song, Too”

Challenges That Only Women Tend to Face in...

Science Says That Diets Are Actually Depressing, Not...

Do You Struggle With Your Body Image?