“Same Love” Singer Mary Lambert On Macklemore: “I’m Gay And I’m Part Of The Song, Too”

Village Voice: How do you feel about the critiques from the LGBTQ community about Macklemore being the figure delivering this message?

You mean, someone that’s a straight white male speaking on behalf of the entire gay community? [Laughs]. I’ve definitely heard that, and I understand where people are coming from. I think it’s also important to acknowledge what intention is and the actual lyrics of the song because the song is not appropriating the struggle of a gay person. It’s coming from his experience which is an ally. And I think he does it in a really peaceful, thoughtful way. I think anyone, to be on such a massive platform, who gives a nod to this, I think it’s really commendable. And sure, it would be great if it were someone else who were gay. The good news is that I’m gay and part of the song, too! [Laughs]. I feel like it’s just all the right pieces of the puzzle. It’s interesting how people are so negative! It’s important to question and deconstruct the straight institution, but it’s also important to stand back and think about [the fact] that this song actually exists and has taken off.

Mary Lambert is the voice who sings the heartstring-tugging chorus on Macklemore and Ryan Lewis’ smash hit “Same Love.” Although I know she’s been vocal about coming out in the Pentecostal church, as well her sexual abuse and bipolar disorder, I haven’t read her thoughts before on the criticisms that have been lobbed against Macklemore (aka Ben Haggerty). 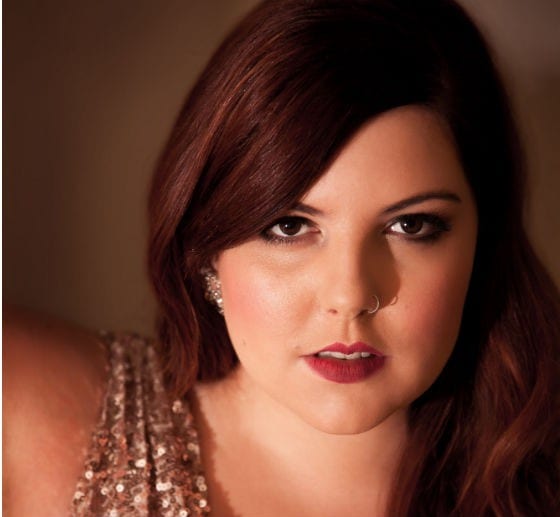 Macklemore got a lot of mainstream kudos (Ellen DeGeneres loves him, etc.) as a straight white guy singing a song about LGBT rights. But there are plenty of LGBT folks who don’t get the kind of attention he has. Here’s one critique in particular on the blog Racialicious about race, hip hop and Macklemore’s straight white privilege.

Overall, I tend to think Mary Lambert has gotten a raw deal by such criticism.  Macklemore and Ryan Lewis aren’t the only figures delivering the message; she is part of that triumverate.  I’m happy a plus-size gay woman is getting media attention.  And she is not only a beautiful singer, but it’s doubly important that she’s an out lesbian singing the lyrics “I can’t change, even if I tried, even if I wanted to.” It’s all the more impactful in the emotional experience of music.

Additionally, the critiques of allies frustrate me sometimes. Straight, white allies like Ryan Lewis and Ben Haggerty can probably reach different audiences than more LGBTQ-targeted acts. I worry the critiques against them risk discouraging other allies from speaking up at all.  It’s important to have critiques and to question, yes.  I also think these particular voices, albeit privileged, have done a lot of good.

Mom-To-Be, Loni Jane Anthony, Brags About Eating 10 Bananas A Day, Thinks You Should Do The Same

Why are Steinway Pianos so Special?