Next-Generation Toyota 4Runner We Can Expect in 2022

Toyota 4Runner is not slowing down. This off-road oriented SUV is perfect for your wild adventures. Well, a 4.0-liter engine is providing a lot of power. There are also a few TRD packages to boost performance. True enthusiasts will know all the advantages of the TRD Pro suite. It makes the 4Runner unstoppable. The competition will not find it easy to match its performance. Jeep struggles to do so, and we will see what the new Bronco can offer. Toyota’s big rig is very popular, but it needs a redesign. The 2019 Toyota 4Runner started the 11th year of the fifth generation. The changes are required, but we still don’t have a schedule of the redesign and updates.

Under the hood of the new 4Runner is a 4.0-liter engine. This is the largest V6 drivetrain Toyota has to offer. It develops 270 horsepower and 278 pound-feet of torque. It is enough to tow 5,000 pounds. A five-speed automatic transmission sends power to rear wheels. All models are offering optional part-time AWD. The limited edition is bringing the full-time version. Downsides of this SUV is a poor fuel economy. With 18 mpg combined, 4Runner can’t cope with much more efficient rivals. With TRD Pro package the consumption goes even higher. 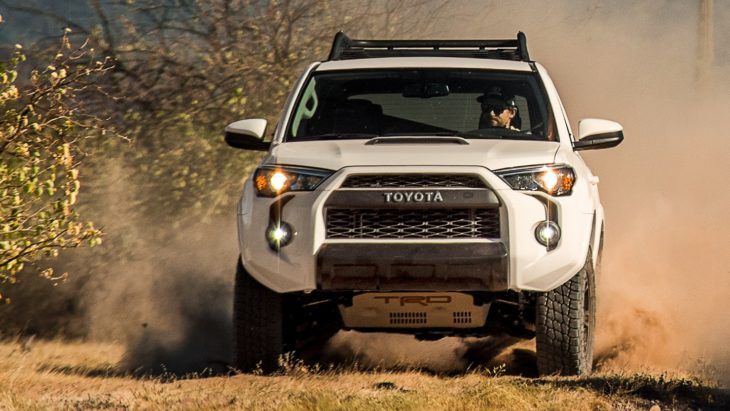 One of the things we expect from the future 4Runner is a new engine. According to rumors, Toyota is after a straight-six unit. New Supra gets it, and the next one to update its engine room is 4Runner. This is not going to happen next season. The Japanese company pays more attention to other models, and this SUV is somehow in the background. Changes on the new Sequoia, which is joining the TRD lineup, and the redesign of Highlander, are priorities for next season. So, the 2022 Toyota 4Runner is coming the same as the 2019 year model. However, in 2022 we expect redesign and a new engine.

So, a straight-six unit as the 4Runner’s drivetrain? Sounds funny, but a 3.0-liter powertrain creates 335 hp and 365 lb-ft of torque for the new Toyota Supra. It is more important, a turbocharged engine works almost perfect. Engineers say you will hardly notice turbocharging. Toyota has a ‘plan B’ – Tacoma’s 3.5-liter engine with 278 horsepower and 265 lb-ft.

SUVTrend.com reported that the 4Runner might get a new platform and a new V6 engine. 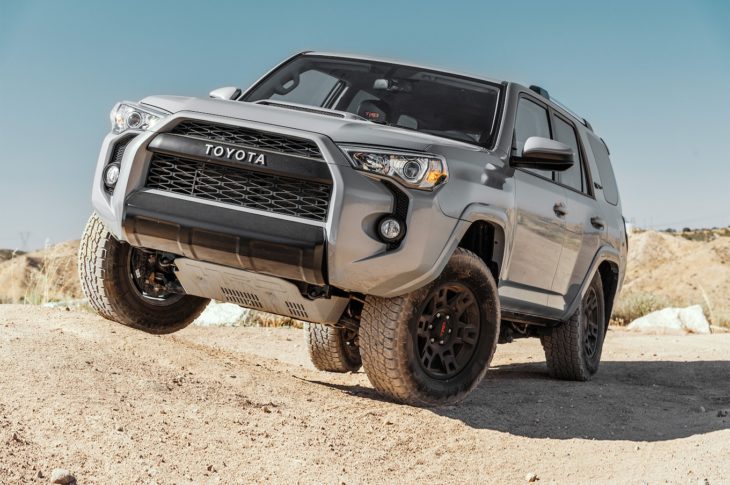 The major change for the remaining models in the current generation will be Android Auto integration. Apple CarPlay is already available since last year and we will see these features on the new 2022 4Runner. Besides that, the company will improve the current infotainment system. Like the SUV, the Entune is going towards the new generation with more options and features. The 4Runner remains a 7-seat SUV. However, none trim above SR5 comes with a three-row configuration. The limited model offers more space for five passengers, while off-road-oriented TRD models don’t need seven passengers.

2020, also, brings major innovations to regardings SUV equipment. Most of them you can check at damntools.com.

With minor changes, the price of the upcoming 2022 Toyota 4Runner will be unchanged. That means to best offer is going to be around $35,000. A TRD suite with the least upgrades adds around $5,000 while the PRO version will cost just under $50k. 4Runner Limited will get the biggest price bump with new features and options. However, the difference might be a grand or two.