Adele is known for her majestic voice, incredible songs, and performances, but lately, she is in the spotlight due to her massive weight loss. In addition to this, the media can’t stop talking about her former royal crush and how they are buddies now.

In 2011 Adele shard some interesting details about her life to Glamour magazine. She talked about who she used to have a crush on in the celebrity world, and she mentioned Prince Harry. “I’m after Prince Harry. I know I said I wouldn’t go out with a ginger, but it’s Prince Harry! I’d be a real duchess then. I’d love a night out with him, he seems like a right laugh.” 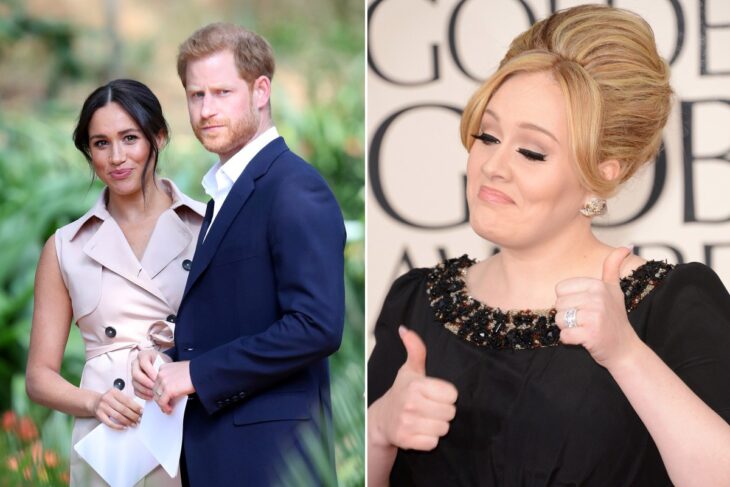 Adele has never talked about much about her relationships, so all we knew is that she was married to Simon Konecki, and they have a son together. However, last year the couple announced that they are divorcing, and the whole world was left speechless. There are still no information on what happened to their romance, and until Adele decided to tell us, we will probably still be left in the dark.

Meghan Markle and Prince Harry left the royal family earlier this year, and now they are living in LA. According to a PageSix insider, “Adele’s just five minutes from Harry and Meghan, and they’ve swapped notes on the area. Adele loves the neighborhood. All three of them get on so well. Meghan admires how Adele has managed to keep out of the spotlight despite being a huge star.”