Archie Harrison Mountbatten-Windsor was born last week to proud parents Prince Harry and Meghan Markle, and they couldn’t be more excited about their new baby.

What does Prince Harry have to say about his newborn?

Today, The Duke of Sussex visited Oxford to highlight the positive work being done in the city for young children, disabled people and the community at large. The Duke started his day meeting young patients at the Oxford Children’s Hospital. In 2016 at the @WellChild Awards, The Duke promised awardee Mikayla Beames he would visit her at hospital. Today, HRH was able to fulfill that promise and spend time with Mikayla and other patients and their families, along with the some of the extraordinary staff and teachers in the Hospital School who are on hand to support the young patients as they continue their studies whilst in hospital. Afterwards, The Duke of Sussex, in celebration of its 30th year, re-opened the OXSRAD Disability Sports and Leisure Centre, a facility first opened by his mother, Diana Princess of Wales in 1989. His Royal Highness felt honoured to pay tribute to her work and meet some of the people his mother met 30 years ago. This centre supports people with disabilities through sport and physical exercise – an area The Duke is particularly passionate about. HRH has seen the transformative effect sports, teamwork and exercise can have on people, not just physically but also for their mental fitness. The Duke’s final stop was at Barton Neighbourhood Centre to see the work of Thrive Teams, an initiative that supports at risk youth with access to education and employment. The Barton Centre includes a cafe, doctor’s office, sports hall, local police centre and food bank. The team there save nearly one tonne of food per day from being wasted and whip up some incredible meals for those that can’t afford to sustain themselves. Serving as a hub for this close-knit community, where 1 in 4 grow up in child poverty, this centre truly is a lifeline for its roughly 5,000 residents, but also an example of what can be achieved when we all come together.

As new parents, Meghan Markle and her husband Prince Harry are undoubtedly getting used to the new lifestyle. Harry visited the Oxford Children’s Hospital. During this visit, Prince Harry confided in a parent that he “can’t imagine life without his son.”

The parent was Ida Scullard, whose three-year-old son Emmett is being treated for cancer at the hospital. Ida had a talked with Prince Harry and reassured him about his son Archie being a grumpy baby. During this talk, Prince Harry, a proud father explained how he is adjusting to the role of parent, how much love he feels for his baby son, and how unimaginable life would be without him.

Prince Harry’s encounter with fans who gifted him 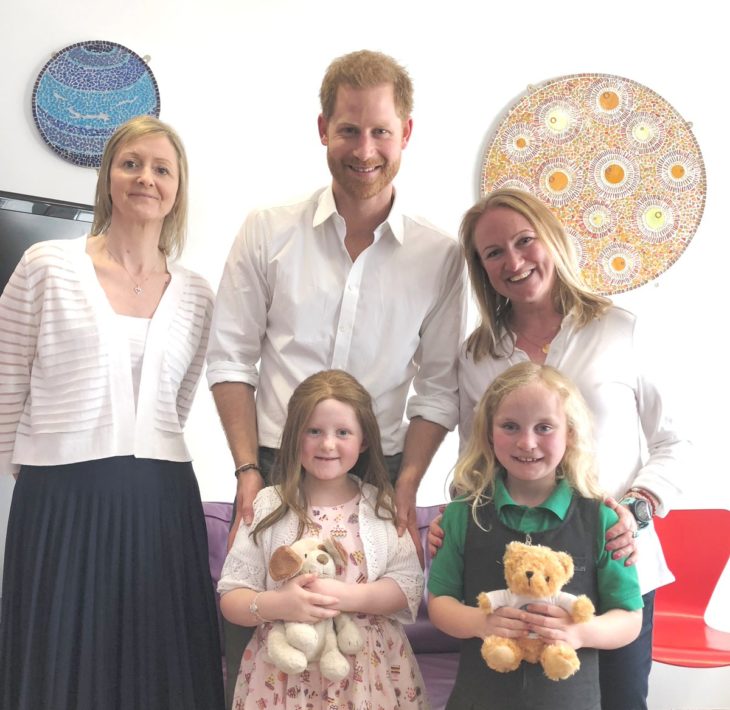 While being on his trip, Harry visited many organizations while also taking the time to talk to his fans and accept their cards and gifts with which they wanted to congratulate the prince and his wife on the birth of their child. During this trip, Prince Harry decided to spend some time with children, and he also received a lot of cards from his youngest fans, as well as gifts such as a ‘Witney’ teddy bear which was given to him by a 13-year-old former patient Daisy Wingrove.

Despite receiving a significant number of cards, he told his fans that he would read all of them. We were informed by ITV News that Prince Harry was presented with a balloon toy as he visited children at Oxford Children’s hospital. Harry said: ”I’ll make sure I give this to my little boy, he’s called Archie, and he’ll probably pop it because that’s what kids do.”

Prince Harry took the time to speak with patients and families 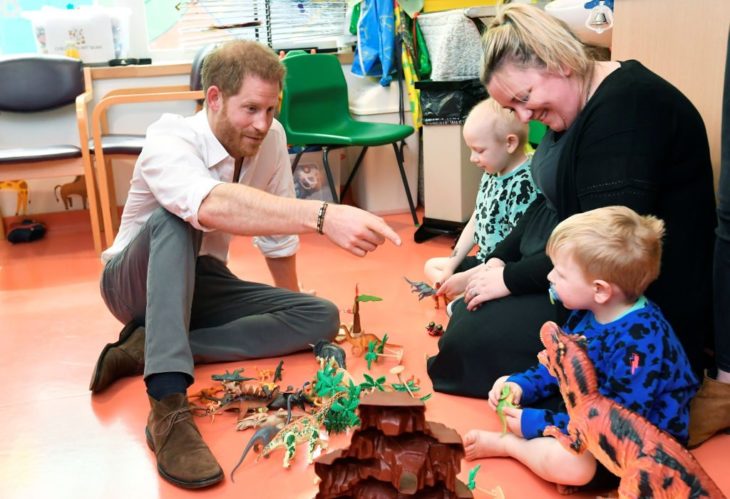 While talking with some of the parents of the hospitalized children, he had a word with a mother, Sally Wade who explained her story. Her five-year-old daughter was diagnosed with a kidney tumor and started receiving chemotherapy and was in need of a blood transfusion. She gave insight into her and Harry’s conversation, saying that he showed a lot of compassion, and he was so sympathetic and lovely that it made her cry. She also shared that Prince Harry told the photographers to back down so they wouldn’t upset her. Sally Wade also says to us that Harry gave her a hug and dismissed her concern about not being able to take pictures of him, by allowing her to. Wade asked Prince Harry why he wasn’t with his baby son, and he replied that she shouldn’t be concerned as Archie sleeps all day anyway. Wade asked Prince Harry if he was utterly in love with his baby, and he confirmed that he was.

Why is Harry not on paternity leave? 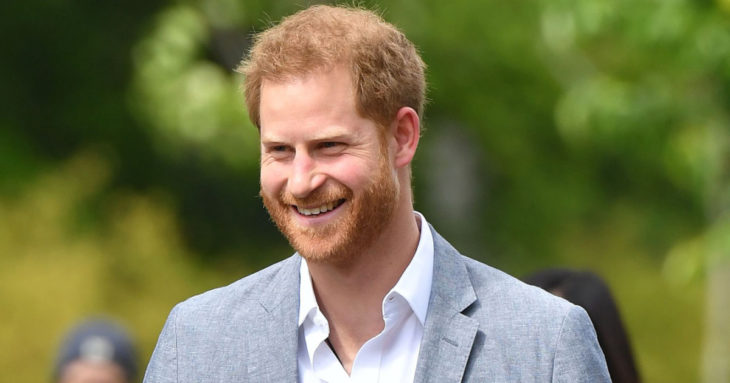 There have been many speculations among fans as to why Prince Harry is not taking paternity leave. Harry has been doing royal engagements since the birth of his son, so it is understandable why they are wondering this. There is a report in The Mirror regarding this matter, in which a friend explained that Harry doesn’t need a paternity leave since his job is different from the jobs of other people.