Princesses Eugenie and Beatrice got some secrets, and they are dark

The only females in the line for the British crown, before Kate Middleton gave birth to Princess Charlotte, were Princess Beatrice of York, and her sister Princess Eugenie of York. The two of them are the daughters of Prince Charles’ brother, Prince Andrew, and the Duchess of York, Sarah Ferguson, Fergie, his ex-wife.

It’s a pity they are not getting that much of attention from the public because both have an interesting life. Their parents were subjects of negative tabloid headlines, and they’ve been called the black sheep of the royal family. The apple doesn’t fall far from the tree, meaning their daughters also have secrets. 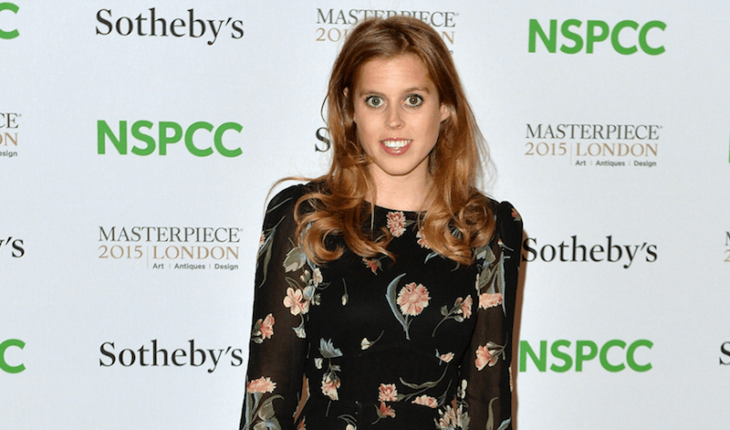 It is true, Princess Beatrice dated a convict, Paolo Liuzzo in 2006. He was convicted of assault and battery. He was arrested for manslaughter when a man he has beaten died. Eventually the charges against Paolo were dropped, and he didn’t go to prison, instead, he did community service.

The press was all over Beatrice because of that, and everyone from the public and royal family was worried. But Fergie, the mother of the princess released a formal statement where she said that Beatrice is a sensible girl and that she has her own journey. She also said that they have trust in their daughter and that they trust her judgment. 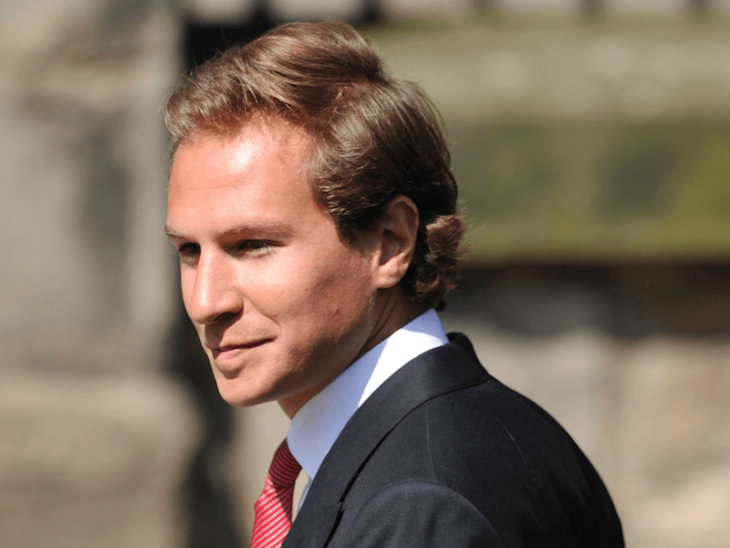 You are now probably thinking that it’s normal for William to not invite a man who was once convicted of assault and battery to his wedding, that’s not the case. The boyfriend that didn’t get the invite wasn’t Paolo Liuzzo, it was Dave Clarke, another Beatrice’s boyfriend, that she was dating for almost a decade. Everyone from the royal family liked him, except Prince William.

It is very strange that Prince William wasn’t fond of Beatrice’s boyfriend Dave, because he was the one who introduced them to each other. We don’t know what happened between William and Dave, but we do know that Beatrice wasn’t allowed to bring him as her date to the wedding.

You may know that Prince William, Prince Harry, and Kate Middleton use the official Kensington Palace account and that they don’t have their personal social media profiles. That’s because young members of the royal family are not supposed to have profiles on social media. Meghan Markle deleted her Instagram even before she joined the royal family officially.

But Princess Eugenie seems to not care about the rules, and she opened an Instagram account in March 2018. She is posting her childhood photos, her engagement photos with Jack Brooksbank, and photos from her humanitarian work. She gained followers quickly and now she has over 600k of them. 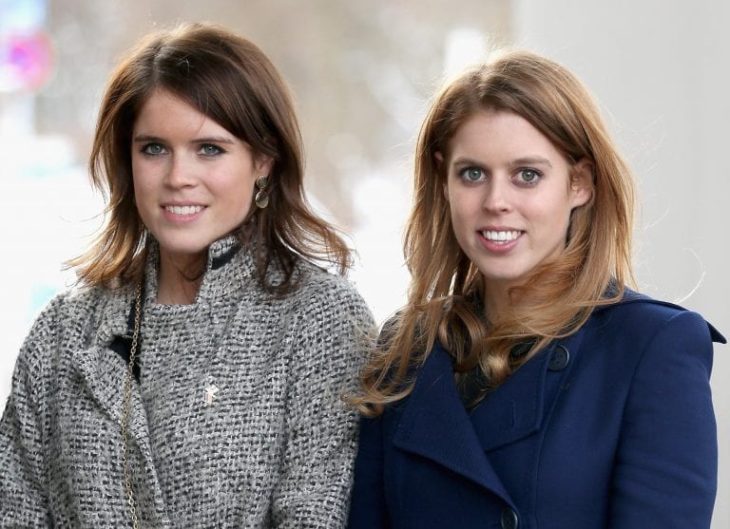 At some point, everyone was criticizing both princesses that they are lazy and that they are living an extravagant life. They didn’t have jobs, but they were constantly traveling. Beatrice was a junior producer at Sony, but she quit the job and went on a vacation that lasted six months, where she visited 11 luxury vacation places.

But today the situation is a bit different, they both have full-time jobs. Beatrice is the vice president of partnerships and strategy for Afiniti, a U.S.-based technology company, and Eugenie is an associate director at Hauser & Wirth, a gallery in London. 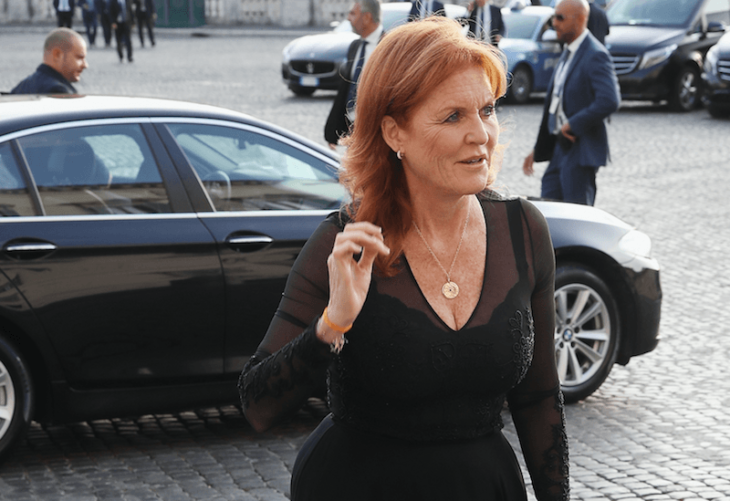 Beatrice was on a strict diet

You probably think that the life of a princess is beautiful and simple, but it wasn’t the case for Eugenie and Beatrice. Their parents divorced when they were young, and the tabloids were full of scandalous titles. Their mother, The Duchess of York, gained a lot of weight and was mocked by the public and called the ‘Duchess of Pork’.

She was so ashamed and frustrated by everything, and instead of going on a diet herself she forced Beatrice to be on a strict diet when she was just eight years old. She even told to reporters that she’s doing it because over-eating runs in their family.

Besides that, Beatrice also suffers from dyslexia. 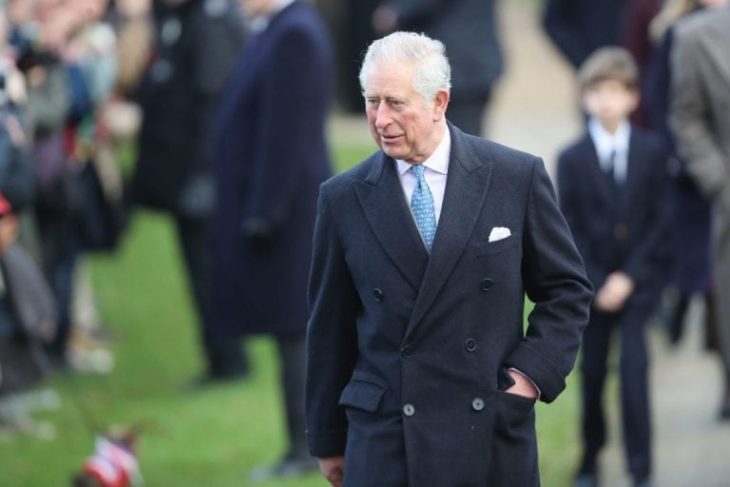 They had a conflict with their uncle Charles

Prince Charles shared some of his plans, in 2016, and one of them was that he was planning to slim down the monarchy. The plan was the result of a conflict that Charles and Andrew have, but it surely affects the princesses too.

After that Andrew wrote a letter to Queen Elizabeth II, his mother in which he asked that both his daughters have full-time royal duties that will be supported by the Sovereign Grant. Sovereign Grant is basically a public bank account that funds the royals’ work.

This is serious and if the brothers don’t find an agreement between themselves, the princesses will be affected. 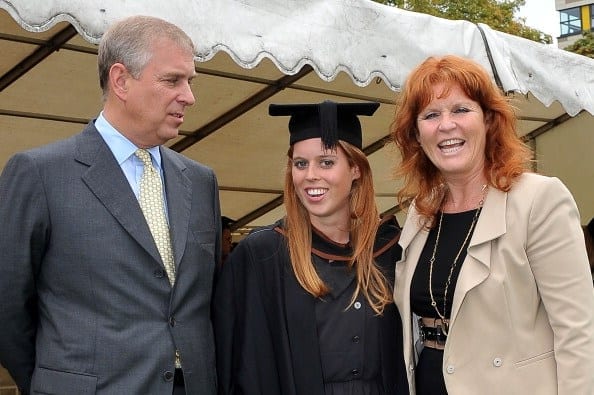 Their parents are the black sheep of the royal family

People from the United Kingdom enjoyed reading about the drama that Beatrice and Eugenie’s parents caused. They had many scandals.

For example, their mother Fergie was involved in a scandal in 1992, when some of her photos were published. In the photos, she was sunbathing topless and her toes were sucked by another man, that wasn’t her husband. It was also speculated that she had many affairs while she was married to Prince Andrew. She also had some financial problems.

But she wasn’t the only one causing problems and making scandals. Prince Andrew was accepting gifts and was going on travel trips that were paid by a convicted gun smuggler, Tarek Kaituni. And that’s not all, it was revealed that he was friends with a convicted pedophile. Now we can see from whom Beatrice got the love for convicted men. 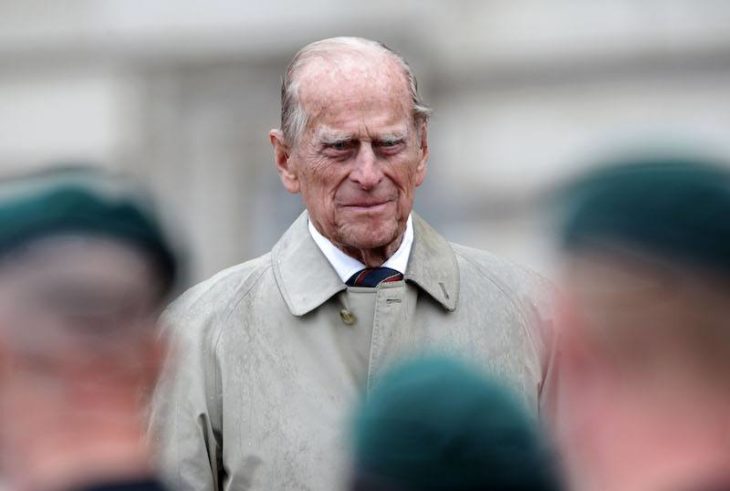 Fergie is not a lovable person, and most of the royal doesn’t like her. But Queen Elizabeth’s husband, Prince Philip hates her. It is because she caused so much damage to the family’s reputation with her scandalous behavior. She wasn’t invited to Prince William and Kate Middleton’s wedding, and Prince Philip was responsible for that. He even didn’t want her to attend Eugenie’s wedding that was in October. But after all, she is the mother of the bride, and she had to be there. Both were at the wedding, Prince Philip and Sarah Ferguson, and there was tension. But it was Eugenie’s big day, and everything turned out perfect.

How Good Is The CheckThem People Search Tool

What Are Your Parking Options When At SFO Airport