Queen Elizabeth is an impressive royal figure in so many ways, and this month she had a lot of reasons to celebrate. As it is known, the Queen is officially the longest-reigning monarch in the history of Britain, and she celebrated it this month by marking the 68th anniversary of her accession to the throne.

Moreover, as she sits on the throne and celebrates it, let us remember how she managed to become The Queen, she is today.

#Onthisday in 1952, The Queen acceded to the throne on the death of her father King George VI. Her Majesty was in Kenya with The Duke of Edinburgh on an official Royal tour when she learnt that she had become Sovereign. Her Accession was proclaimed on the same day and was repeated in a public ceremony at St James’s Palace two days later once Her Majesty had returned from Kenya. In this video footage from the BBC, The Queen is seen on her first official engagement as the Monarch: the Royal Maundy Service at Westminster Abbey.

Furthermore, Elizbeth is the oldest daughter of King George VI, and she was never planned for the throne. Her father’s older brother, Prince Edward, was in the line to the throne after him, but destiny had other plans. Eventually, Prince Edward abdicated, and George became the King, which meant that Elizabeth would inherit the throne one day, and she was aware of it. That day came on February 6, 1952, and ever since then, Elizabeth was ruling as Queen of the United Kingdom and became known as the longest-reigning monarch in the British royal history. 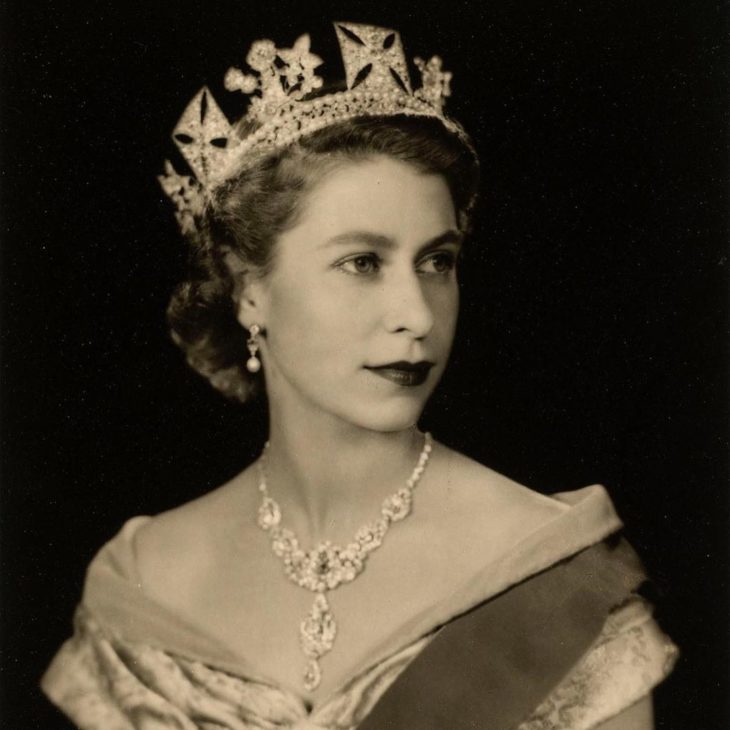 However, the annual celebration is not celebrated inside the Palace as it is outside. While Britain marks the day in a festive way, Queen chooses to spend the day silently with her husband, Philip. As the moment of coming to the throne is associated with the death of King George, the Queen chooses to mark it by honor her father’s memory in private.

📸 To mark the start of a new decade, a portrait has been released of Her Majesty The Queen and Their Royal Highnesses The Prince of Wales, The Duke of Cambridge and Prince George.‬ The portrait was taken by Ranald Mackechnie in the Throne Room at Buckingham Palace. Photograph © Ranald Mackechnie

Moreover, the Queen chooses to honor her father by participating in individual events, such as the re-opening of the Wolferton Pumping Station, which was opened by King George in 1948. That’s why the Queen was in her estate in Sandringham for the anniversary.

To all of our Kiwi followers, sending our very best to each of you on Waitangi Day! 🇳🇿 • As a commonwealth country and a realm, today we honour the spirit and diversity of New Zealand, and we feel particularly reminded of the special time we had there during our tour in 2018. • The Duke and Duchess send their best wishes to all the people of New Zealand. I tēnei rā, ka tuku mihi maioha te Tiuka me te Tāhihi ki ngā iwi katoa o Aotearoa. Image © PA / High Commissioner

Also, while the Queen marks her ascending to the throne, other members of the royal family celebrated New Zealand’s Waitangi Day, when the British Crown was given sovereignty over the land.

How to Become a Keynote Speaker: Step by Step