7 Reasons Why Game Of Thrones Became Such A Popular Show

Game of Thrones seems like had the perfect TV show recipe ready as they made extraordinary success in such a short period. When it started, Game of Thrones was hailed as a “big-budget nerd show” that is destined for success due to the investment in each episode. However, HBO’s show quickly pierced the hearts of many more people, not just the boy nerd demographic alone.

Through its interesting storytelling full of twists, HBO’s latest hit series got the attention of millions of people and got people hooked up to the show even those ones who haven’t historically been into fantasy at all.

If we look at data, we’ve seen multiple times where the Game of Thrones TV Series has broken world records in viewership for that time. The most watched season of Game of Thrones was season five, which got close to 70 million viewers and an average of 6 million per episode. 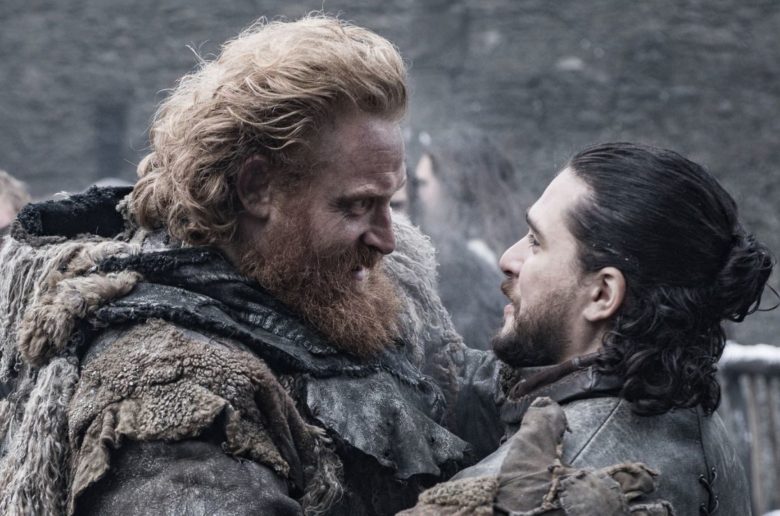 So, what about this show that is so compelling? Well, for starters, Game of Thrones wasn’t like any other TV series so far.

It had a budget of millions per episode, swordfights, nakedness, and weird twists that provided a little escape from reality. According to Bovada sportsbook, there were even people betting on the outcomes of the show.

However, Game of Thrones runs deeper than just fantasy escapism, and it seems to hit on all kinds of levels. This led us into thinking, which is the top reasons because of why Game of Thrones became such a popular show. So, let’s find out.

Probably the biggest value of Game of Thrones is world-building. This TV show revolutionized the entire industry by bringing close attention to the storytelling and world-building around the series. Can you imagine starting with a blank page and filling everything with an Imaginate world full of connections, history, stories, and characters that all work together?

This was the first time ever for a TV show to pay close attention to world-building, and Game of Thrones held the perfect plot for such a scenario.

The TV show perfectly presents us with the fictional world and the character’s background, which is complex enough to understand. There are many strategic twists and plot paths that lead to unveiling the finale of Game of Thrones.

The creation of the incredibly detailed fictional world of Game of Thrones is one of the biggest reasons why the show got popular fairly quickly. 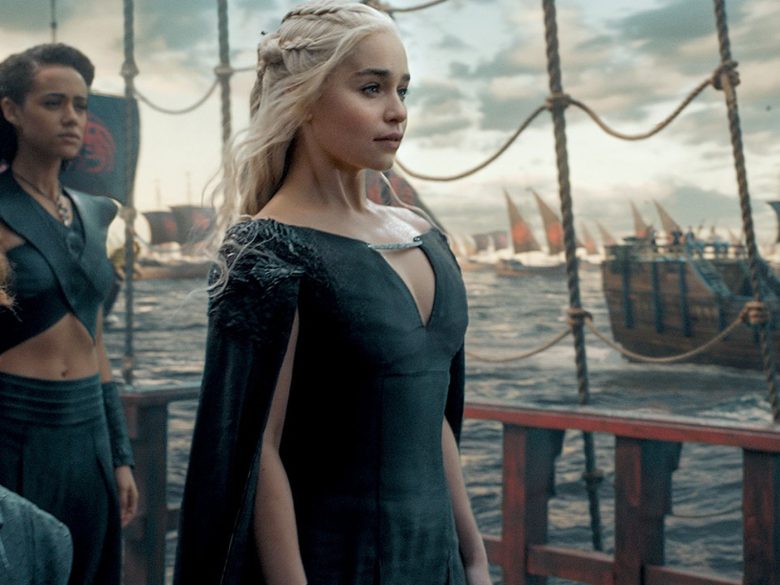 2. It is Very Smart and Keeps Your Brain Engaged at All Times

Every scene of Game of Thrones has a much deeper meaning than you might think. At first glance, you might think that there are a couple of families fighting over who will get on the throne, which is somewhat true, but the entire process is much deeper involving twists that nobody expects, strategies that are unveiled in multiple episodes, and smart moves that nobody expects.

All of this turned Game of Thrones into a complex TV series that fans love due to its unpredictive nature. With its dry humor and complicated moral questions, Game of Thrones has managed to attract millions of people.

Even though there are many characters involved in the show, the TV Series made a great job of introducing the characters to the audience by painting a perfect picture of their background and how they got to the place they were.

This goes to not only the leading characters of the show but also many supporting characters that the audience knew much better due to the incredible character building of Game of Thrones.

The character building goes to a point where we can analyze each of their reactions, emotions, and thoughts. Once you start watching Game of Thrones, you are immediately hooked by the incredible storytelling and character building, and once you are finished with the first season, you know each of the characters and their background like they were your best friends. The plot of Game of Thrones is complex and sometimes needs an explanation in order to understand what’s going on. However, the directors made an incredible job of taming the pace of the series allowing people more time to understand what was going on.

The produces have managed to slowly ramp up the tension and create a world of timeless drama that makes a deeper connection with the viewers. The slow building-up pace of the plot makes these TV series easier to watch, even though there are many complex situations.

5. Visual Aspect of the Show

With a budget of millions of dollars per episode, Game of Thrones turned out to be one of the most beautiful series at that time. Spending so much money on a TV Show was unheard of at that time, but it quickly brought in success and return on investment.

Game of Thrones is created in a beautiful way with exceptional attention to detail creating the perfect visuals for every movie or series fan. The series was shot in beautiful places in Scotland and Northern Ireland, and some parts of the Game of Thrones universe were shot throughout Europe and Africa.

The scenes are beautifully made, and the visualization of the show makes it more watchable. 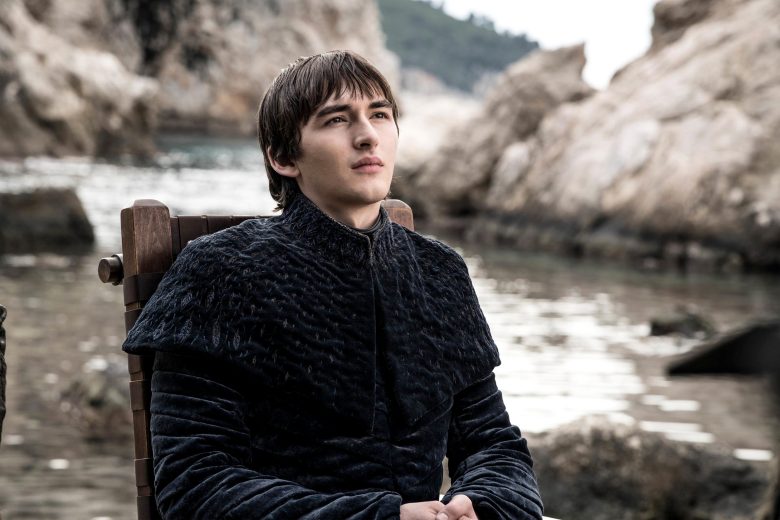 6. Introduction of Mythical Creatures and Animals

Watching a regular medieval show can turn out to be boring, which is why the writer decided to include mythical creatures like dragons, white walkers, and other animals like dire wolves, mammoths, and more.

Creating such a world, transformed Game of Thrones into a science fiction TV series that made it even more appealing to the viewers.

These mythical creatures were extremely important for the show’s popularity, especially the white walkers, and the long-awaited battle that was exceptional to watch. Such creatures make the show even more visually pleasing and are getting more people interested in Game of Thrones.

Game of Thrones is full of politics, negotiations, backstabbing, and many twists. This makes the show very unpredictable, and more popular due to the curiosity of people about what’s going to happen next. 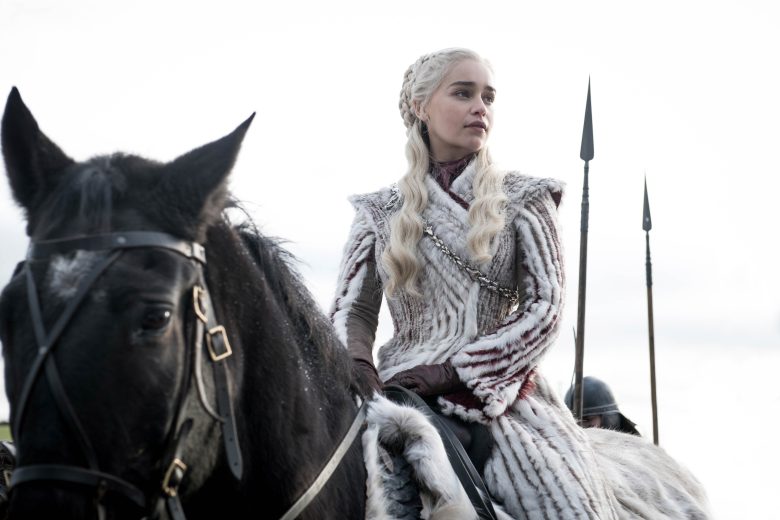 The show paints the perfect picture of what people will do in order to get their way to power. It is an interesting concept that will get you engaged in the show even more. There will be a prequel coming soon on August 21 and a sequel was also confirmed by Emilia Clarke, so it is likely that the fans will keep engaged with the Westeros world for years to come.

How Long Should You Wait Between Two Cryotherapy Sessions?

Top Female Fitness Coach in the Northeast Jess Ambeau, Inspires Women Around the World to Keep Reaching for Their Goals and Dreams