7 Sexual Partners That Don’t (Have To) Count

If I were on the witness stand, under oath, and asked, “How many people have you had sexual intercourse with?” my response would be one or two digits higher than what I commonly tell people. It’s not that in either case I’m lying per se; it’s just that a few of my partners just don’t register on the same scale as the rest and I don’t want to count them. And I’m not alone. In everyday life, there may be a couple partners that the average person would leave out.

There is just some sex that doesn’t really, well, count. IT DOESN’T COUNT IF… 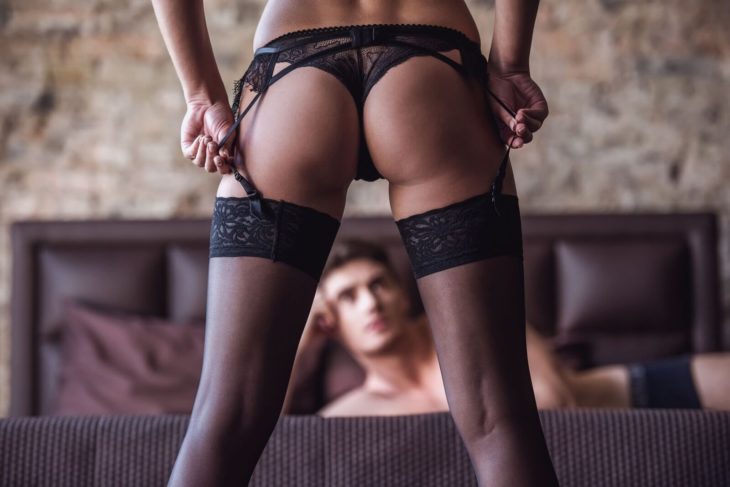 1. …it lasts less than 10 seconds and no one finished.

Remember the Sneakerhead? On our third date, after eight hours of drinks, a movie, and dinner, we hooked up. And then he stuck it in for five seconds. And then he pulled out, saying he needed to be a gentleman. There was no thrusting. And we never went out again. I downright refuse to count this alongside my best — or worst — sexual experiences. Likewise, a friend of mine technically did it with a guy she’s fondly nicknamed “The Two Pump Chump,” but because he came before she had a chance to blink, he remains off her list in response to most inquiries about her number.

In short, if your tampon has seen more action with your va-jay-jay, feel free to not count this particular sexual partner.

So here is the deal: I know what my exact number is, but I cannot remember WHO one of my partners is. Like, I know I have slept with X amount of people, just based on the number of times I have kept count, but after all these years (five of which were spent with only one person) of not having counted, I forget who one of them was. I can name, or at least picture, every single sexual partner except one. I have no memory of who, what, where, when, or how. I know that person exists, and the sex was had, but because after trying really hard to remember, I am just subtracting Mr. Mysterious from my total. Now, if I were to wake up in the middle of the night saying, “A-ha!” then that person would be added back onto my list, unless, of course, they were finished in under 10 seconds (see #1).

3. …you didn’t give permission.

Not to get all dark and depressing, but if someone is raped, do they really have to count that person as a sexual partner? I mean, they weren’t a willing participant, so…

Related example, the first person I ever had sex with, um, did it on the sly (long story that you can read here), and though the second time we had sex was with my, you know, permission, I don’t consider that first time as sexual intercourse. I count him among my sexual partners, but not that first time we technically had sex.

This one is a little harder to justify. Have you ever regretted having sex with someone SO MUCH you would do just about anything to have the mental image of their ginormous balls and sweaty gruntingness eradicated from your memory? Some ladies (and maybe fellas) have been known to scratch those dudes off their lists. Wouldn’t hold up in a court of law, but whatevs, I won’t be mad at you.

5. …you’re less than 51 percent sure that penetration actually occurred.

This is similar to #2, only alcohol is the culprit, not a crappy memory. If the details are that foggy, lay off the drink, get yourself a pregnancy test/Plan B, and see the gyno to make sure you’re disease-free. Then, when you’re in the clear, you can decide if this potential sex partner makes your list.

I know many a lady who doesn’t really count that guy she tried to have sex with over the course of an evening, but he couldn’t keep it up long enough for her to moan his name once. This is harder to not count, however, if his Johnson does sober up and repairs its reputation. A guy friend of mine performed so poorly with a partner many moons ago, he hesitates to count her, mostly, probably, out of shame.

Tips and Tricks for Phase 1 of Classic World of Warcraft

Guy Talk: Why Does It Matter How Many...

Soapbox: What’s Your Number? Here’s Why I Don’t...

Slept With Many People? 5 Ways To See...