You might have heard about the Bollywood music legend Kumar Sanu, however, did you hear about his daughter, Shannon K? Shannon is an 18-year old American singer and songwriter, but, she also speaks about the importance of mental health, and she is also an advocate against bullying. Currently, Shannon is working on a new song with “Producer Infinity”, and her new single “I DO” will be released soon. 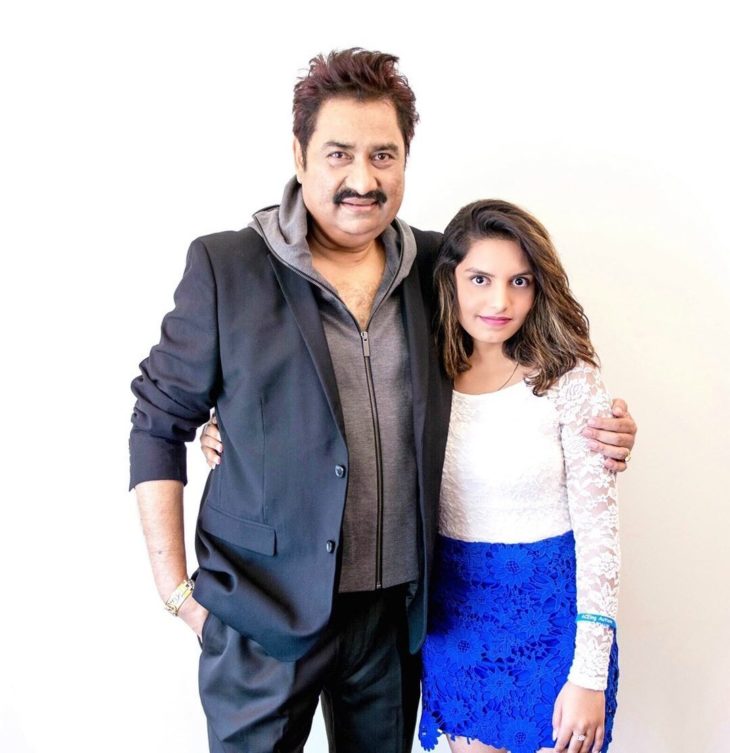 Ever since Shannon K was a little girl, she would get up on stage beside her father and sign in front of thousands of people. Which is probably one of the reasons why she took up singing and songwriting later on. Although she is the daughter of a well-known singer, she is becoming more and more successful in her own right. She has long wanted to create her very own brand, however, she does acknowledge her father’s success.

Recently, she did state that having a dad who is incredibly successful in his career is hard, especially since she often feels pressured by the people who are constantly looking at every single step that she makes in both her personal life and career. Shannon also stated that she is very conscious about the things she does, especially since she does not want to embarrass her father in any way possible. However, though a lot of people are waiting for her to make a mistake, she is proving them all wrong.

The Beginning of Her Thriving Career 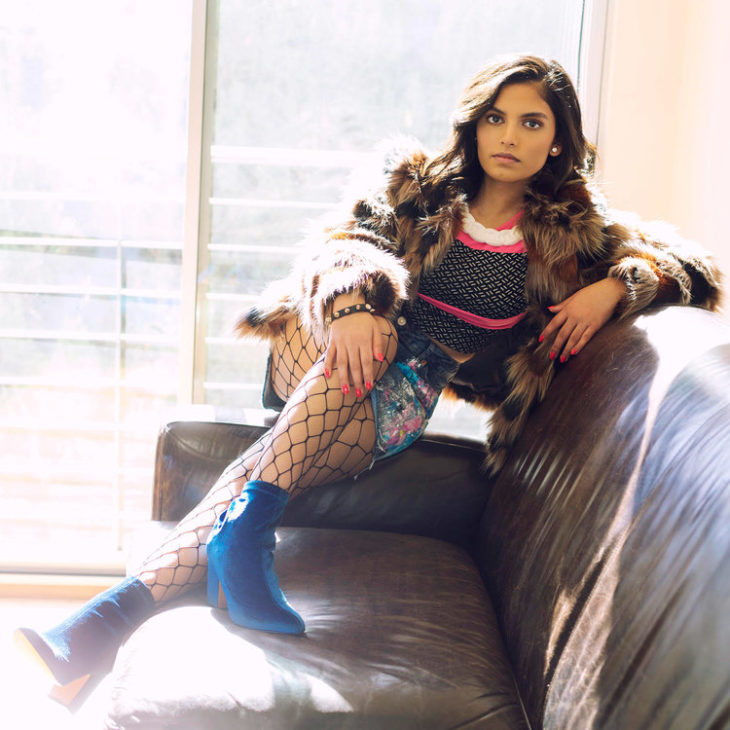 In 2018, she started her music journey by releasing her new debut single named “How Long Is A Long Time”, a single that was written and produced by one of Justin Bieber’s top collaborators, Jason Boyd. You might not know this, but, Jason is the man behind several popular songs including “Despacito”, “Where Are U Now”, and “What Do You Mean”. Her video for the number “A Long Time” now has over 35 million views on YouTube!

Her extremely popular number “Give Me Your Hand” is critically acclaimed, and it has been featured in popular magazines such as Billboard. She is constantly looking for ways to make her music better, as well as to try other creative things such as acting. Shannon did receive several awards, including an award for her single from Hollywood Media in Music. Another interesting thing about her “Give Me Your Hand” music video is that is featured a wide range of Hollywood stars such as Ed Westwick, Molly Burnett, Kelley Jakle, amongst many others.

Besides writing and performing her own songs, Shannon is also an active voice in the community. She speaks out about extremely important topics including mental health, however, she is also an advocate against bullying. She finds this especially important since she is a young woman in an industry that has an incredibly large platform. So, she considers it important for her to spread positivity and speak honestly about the things that are hurting young people all over the world.

Her will to help other people can be seen and heard in her interviews. In one of her recent ones, she stated “What I like best about being a singer is that I get the pleasure of connecting with people and fans. I get to be as free and creative as possible, and I also have the opportunity to speak about the things that we should all be aware of.”. This just proves that she truly wants to help people dealing with various problems in their lives.

Shannon K is both influential with her words, however, she is also influential on social media platforms. She has gained 2.8 million followers on her verified Instagram account, and if you want to see what she is doing recently, you can check out her profile @shannonksinger. Her audience is clearly receptive to her ideas and the amount of support she gets from her fans is only increasing every day. 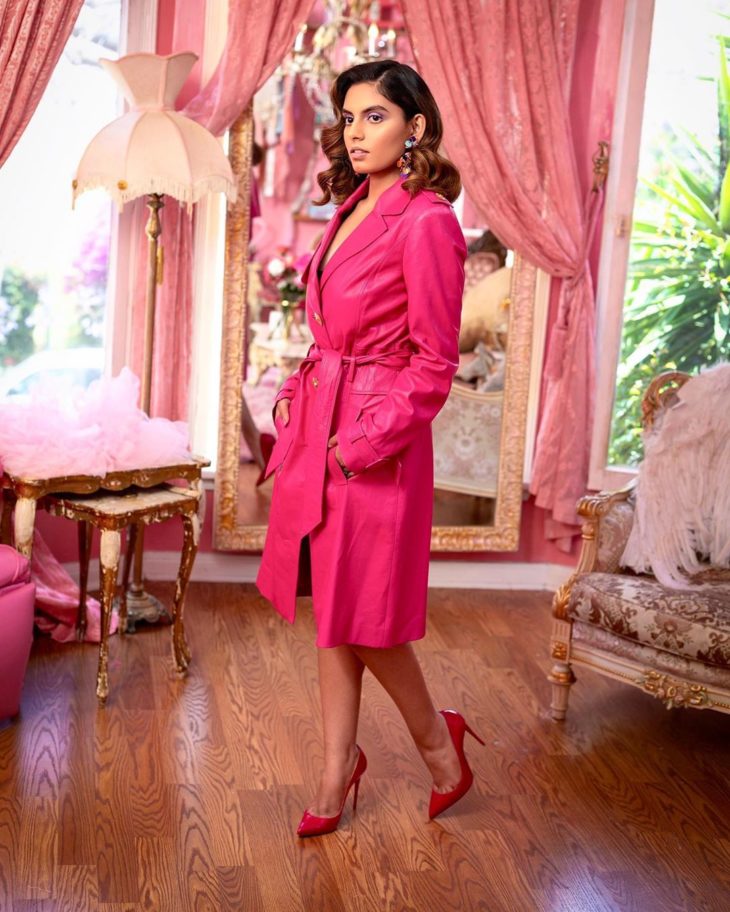 As a young artist, she felt the impossible pressure of social media platforms, especially since those platforms can affect people in a negative way. She stated that when she was still new to the social media world, she was scared of being herself. She tried remembering to fit in with the rest of the crowd, however, she did not feel right about it because she was worried that she would be judged or told how to look, how to speak, and behave.

When you take a look at her Instagram account, Shannon has surely broken away from those fears and she has used her voice for good. She is constantly looking for ways to spread positivity and interact with her fans. Her goal is to fight bullying with positivity and she was praised quite a lot in the pop culture scene for her “Give Me Your Hand” music video.

During 2019, she decided to make her first appearance as a vocalist in Bollywood, where she performed a number called “Tik-Tok”, featured in the film “Happy Hardy and Heer”. This tune was composed and performed the famous Himesh Reshammiya, as well as Narvaj Hans. The fans received the number well, and of course, she became an instant star in the world of Bollywood.

Thanks so much Hollywood Music in Media Awards for this!! @hmmawards It was so encouraging to see that the message that I, along with everyone involved in this project, had (and have) been trying to convey. Thanks again to HMMA! #hollywoodmusicinmediaawards #grateful #music #awards #happy #givemeyourhand #amazingfeeling #evening #song #music #bestsocialimpact #thankyou #love #hmmawards

Besides the aforementioned award that she received, she won numerous other awards including “Artist of the Month” given by B4U in Great Britain. Some of her notable achievements include performing in “The Big Feed”, where she acted alongside Sofia Vergara’s son, Manola.

Shannon was interviewed by various people including the BBC Asian Radio, the Face to Face Show, as well as Good Morning La La Land. She was also featured on a wide range of magazines including Billboard, Rolling Stone, Stardust, and Creative Inn Magazines.

As you can see, Shannon K is not only a popular singer but, she is also using her popularity and voice to speak out about different causes such as mental health and bullying – which is something that a lot of people can connect to. That is why Shannon is constantly impressing the world with her music, however, with her personality, positivity, and drive as well.