The X Factor judge Simon Cowell took his dogs for a walk on Tuesday. While walking on the beach in Barbados, Cowell wasn’t wearing a shirt, and he showed his amazing figure for someone who is currently 60 years old.

Simon Cowell went on a diet, and he lost almost 20lbs, and he is feeling more confident and healthy than ever. He and his dogs, which he named Squiddly, Diddly, Daisy, and Freddy, enjoyed the sun in the Caribbean. In addition to not wearing a shirt, he was also not wearing any footwear, and he only sported a pair of joggers. 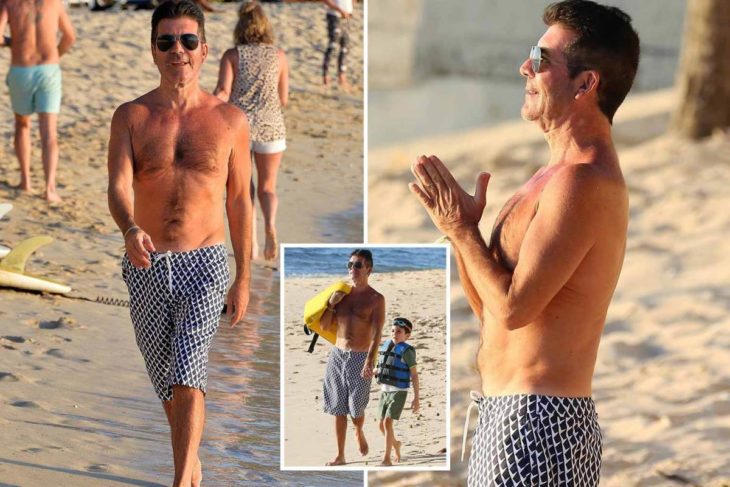 The X Factor judge is on vacation with his dogs, his wife Laura Silverman, and their son, who is now five years old. Their canine companions are of a Yorkshire terrier breed, and they are incredibly adorable. The terriers have been a part of the family since 2013, and Eric was born in 2016. Daisy is the youngest, as she was adopted in 2017. Despite his harsh language and personality, he is entirely different when it comes to dogs. He is a patron of K9 Puppies, who is taking care of abandoned puppies, and he also donated $250,000 to a charity for dogs last year.

Regarding his diet and the loss of weight, Cowell shared with Ellen DeGeneres,” I went to see this doctor in London. We did some tests. And then a month later he said, ‘You have the worst diet I’ve ever met from any patient.'” 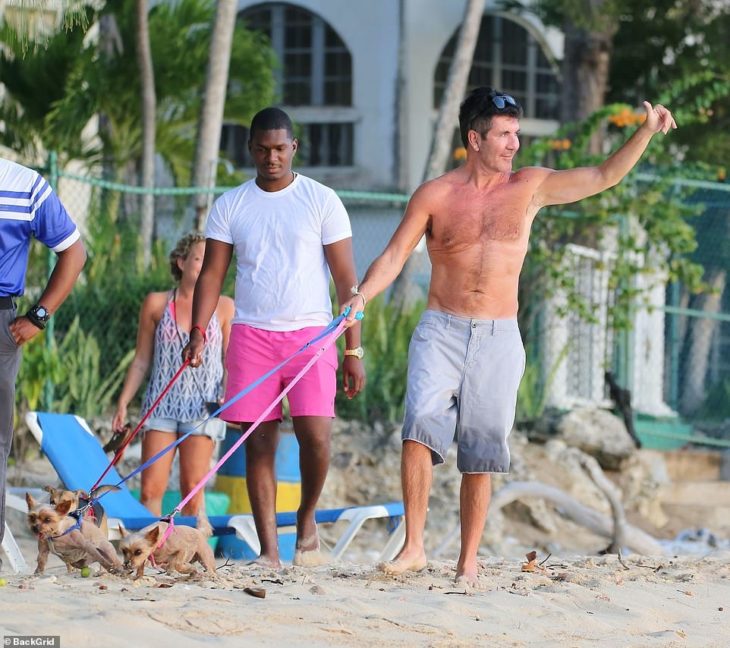 He continued talking about his vegan diet, “It’s like the Eric diet because he actually, apart from ice cream, he actually likes water. I mean, who likes water? And his raw vegetables. So I’m on like, the Eric Cowell diet.’’’ He is also quitting drinking, and he shared with Extra, “I went to see this guy who’s very well-known. And he said to me, after doing some blood work, ‘You can’t have red meat, dairy, sugar, bread or gluten.’ I’m thinking, ‘What about alcohol?’ And he said, ‘Maybe not quite as much as you had before.’ And I did it, and I stuck to it, and it’s easy.”

Pros and Cons to Remove Tattoos with Lasers