Suri Cruise, the daughter of Tom Cruise and Katie Holmes, is 13 and it’s the spitting image of her parents. She is all grown up and has managed to stay away from the spotlight ever since her parents divorced. Katie Holmes and Tom Cruise got divorced in 2012 after five and a half years of marriage.

Two years ago, during a March 2017 Town & Country interview, Holmes shared her feeling about her daughter. The actress admitted that her daughter is the most important person for her and there is nothing better in the world for her than seeing her child grow and succeed.

Nevertheless, let’s see how much has Suri Cruise changed and grown up over the years, from her days with the Mission Impossible actor to the memorable moments with the Dawson’s Creek alum.

Suri was only one year old when she watched the LA Galaxy vs Chelsea FC soccer game with her mum, Katie Holmes. This image was taken in July 2007. 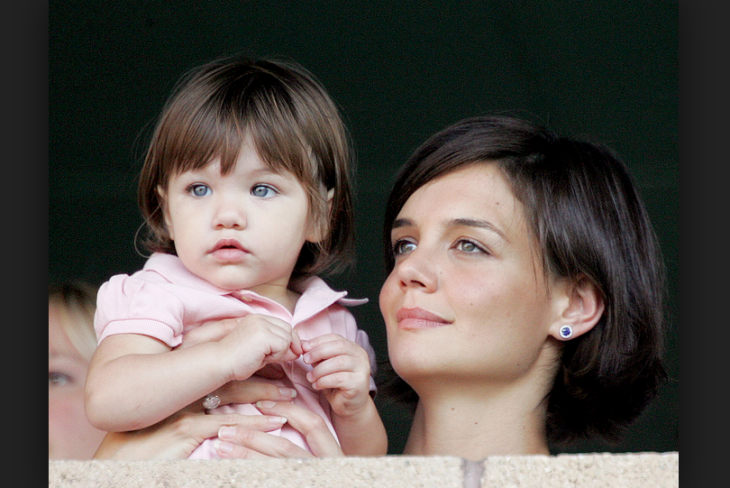 Suri is definitely daddy’s little girl. This picture shows her as a toddler, when she and Tom Cruise waited at the finish line to greet Katie Holmes after she finished running the 2007 New York City Marathon. 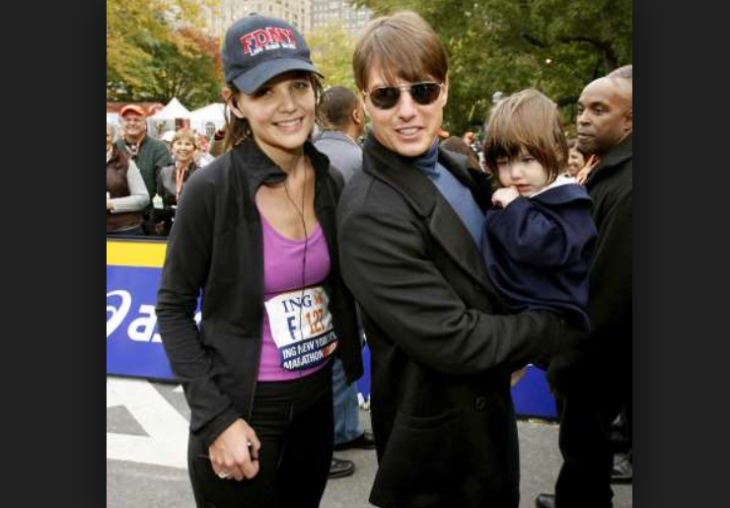 In an April 2015 Instagram post, Katie Holmes shared an image of her and Suri playing dress-up with neon feather boas and giant orange sunglasses. The two definitely have their silly side, which they aren’t afraid to show off. 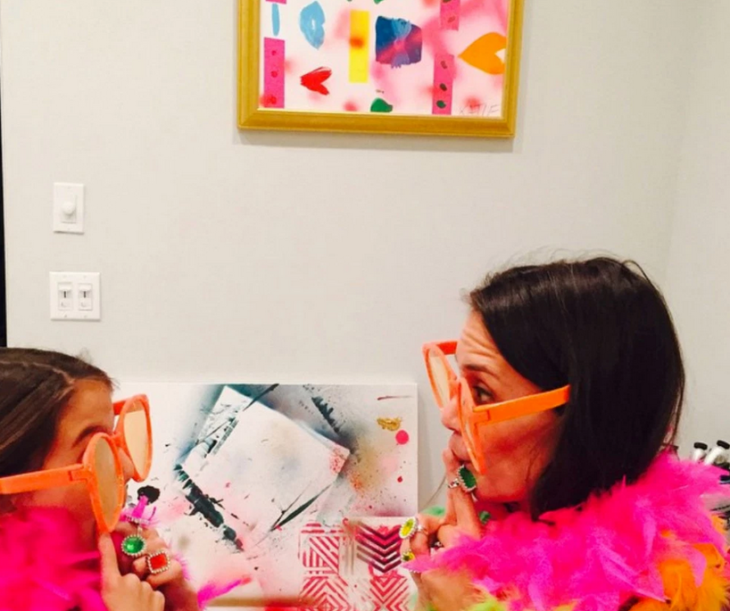 Surijoined Katie Holmes on stage at the 2015 Global Citizen Festival. Moreover, she also waved to the crowed. An actress in the making! 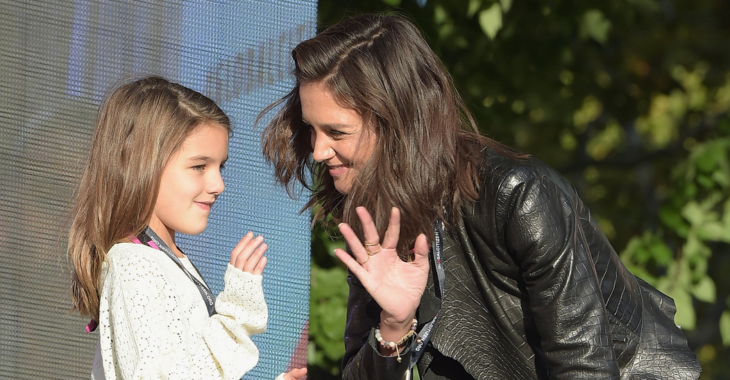 The cute little girl is super stylish. The Touched With Fire actress added an Instagram post of Suri wearing a hat by Posen in order to congratulate Zac Posen’s birthday. Suri undoubtedly has a chic fashion sense. 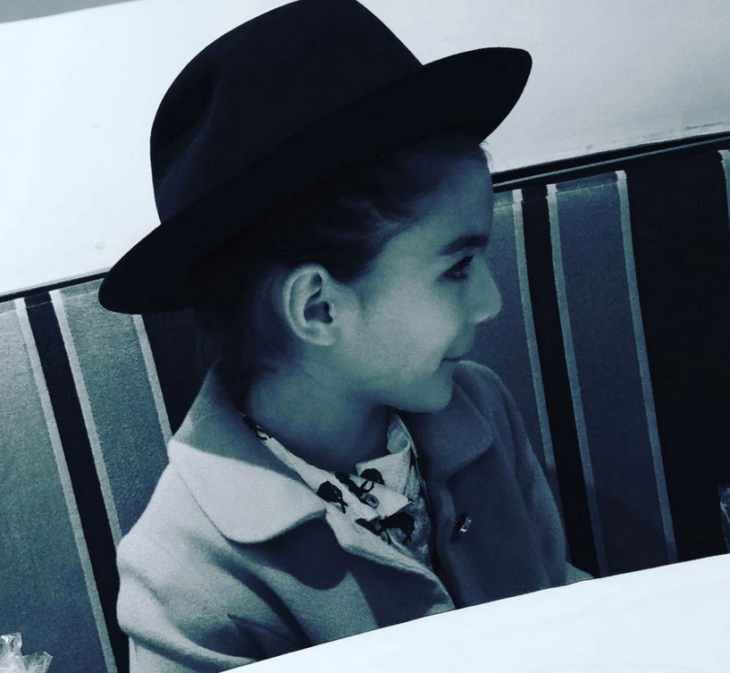 Katie Holmes took Suri to meet Hillary and Chelsea Clinton. Holmes added a photo of the randezvous on her Instagram and captioned it ‘#Wearewithhillary.’ You can see Suri Cruise with a stuffed animal staying close to her mother. 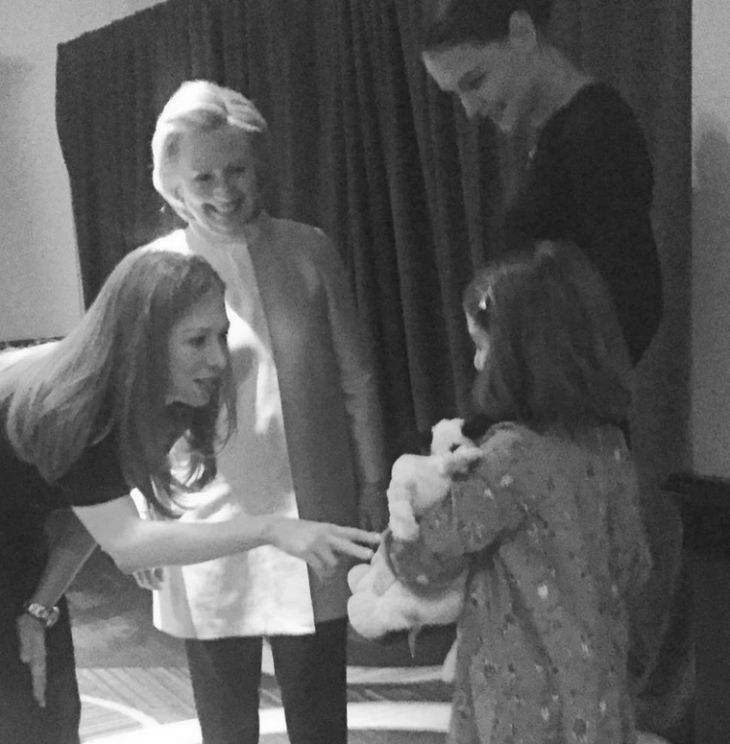 Suri and Katie are sports fans and they started watching matches ever since Suri was one. This is from a Notre Dame basketball game inside Brooklyn’s Barclays Center. The girl looked super cute in pink. 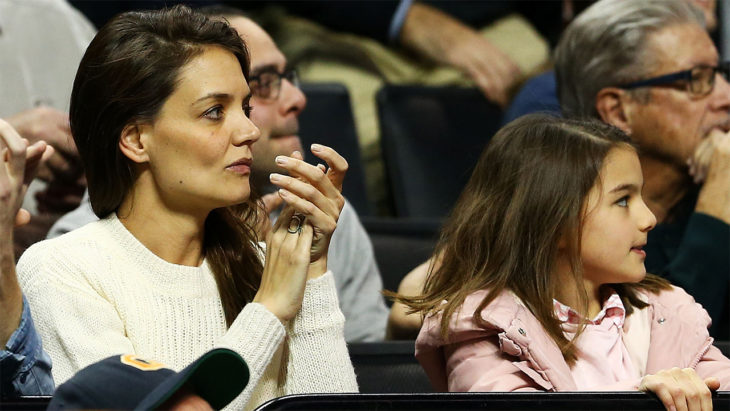 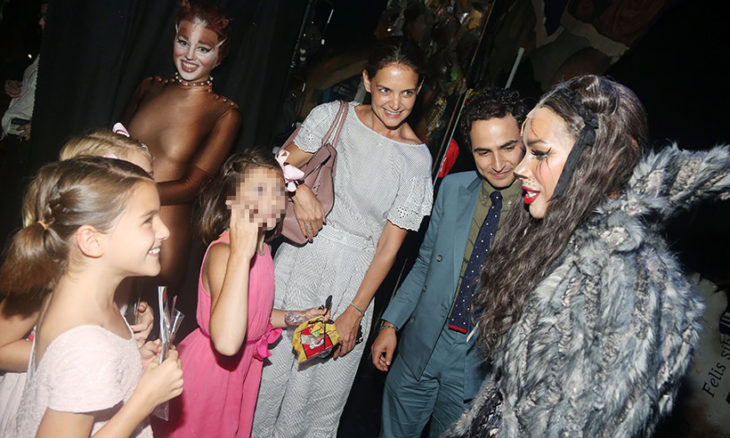 This is yet another photo which Dawson’s Creek alum posted on Instagram. It is from Suri who checks her new haircut at the salon in April 2017. 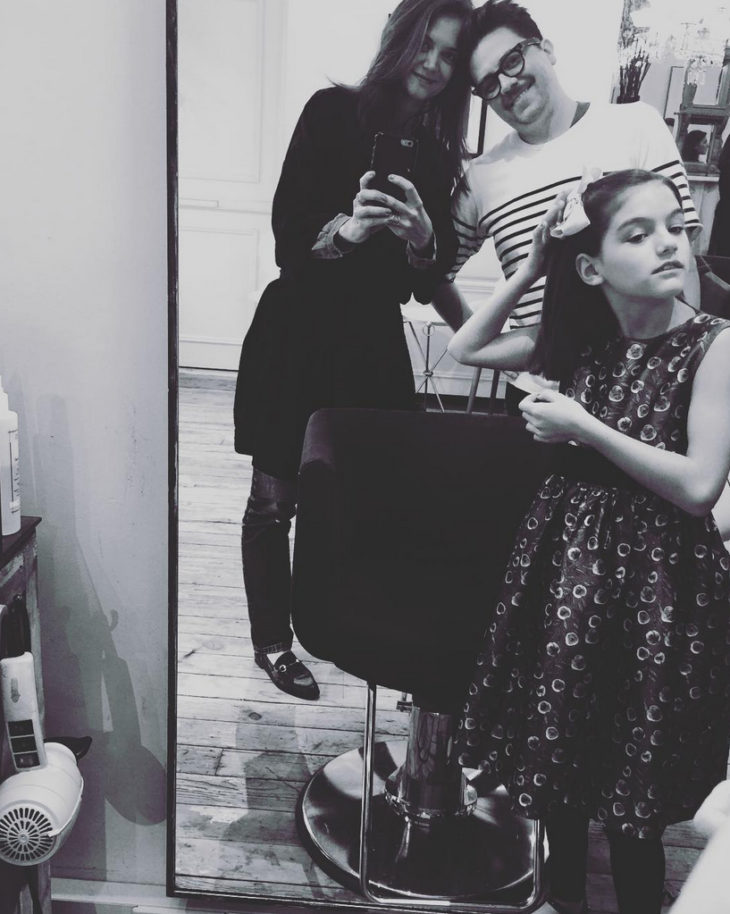 Yet another photo of Holmes’s Instagram in which she gives her daughter a kiss on the elbow to celebrate Mother’s Day 2017. 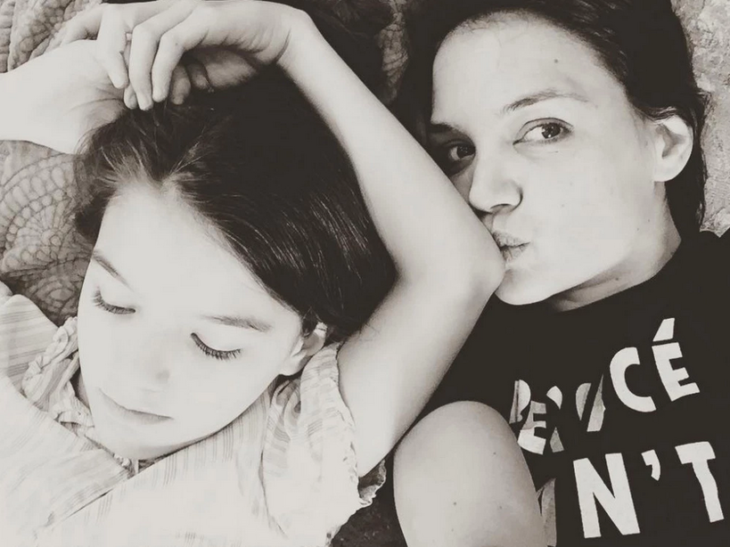 The mother and daughter were back at Broadway in July 2012 when they posed for a picture with Ben Platt backstage at the Broadway show Dear Evan Hansen. 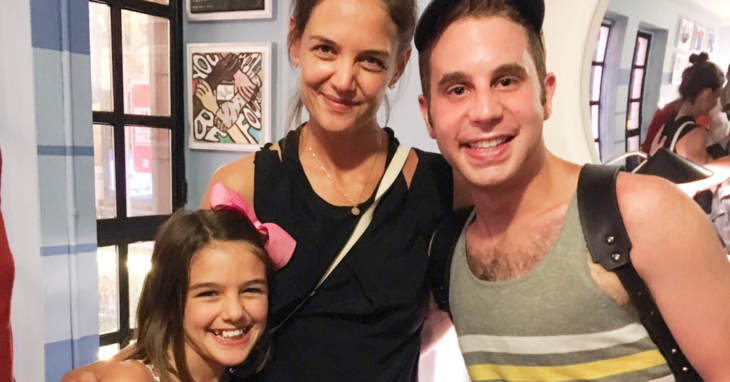 Katie and Suri admitted that Taylor Swift is their favorite performer as they introduced the singer on stage at Jingle Ball 2017. 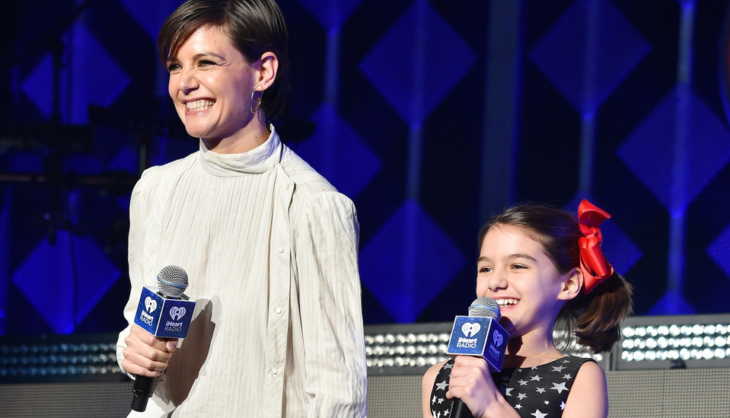 Yet another mother-daughter game they went to. Suri and her mum attended the Oklahoma City Thunder vs New York Knicks game at Madison Square Garden in December 2017 in New York City. 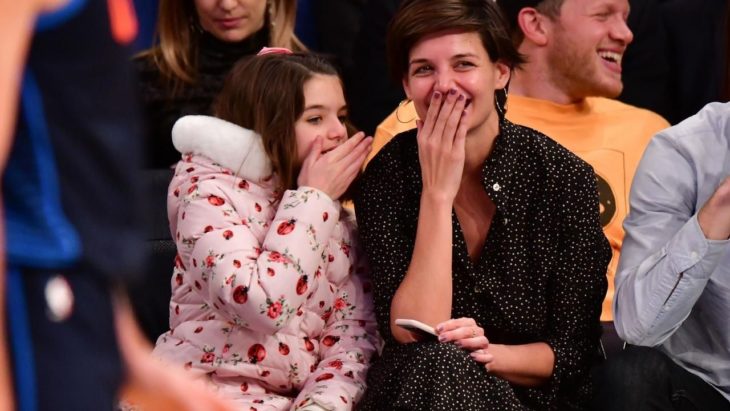 Last year on April 18, Suri celebrated her 12th birthday in style and Katie makes sure to capture the precious moments. 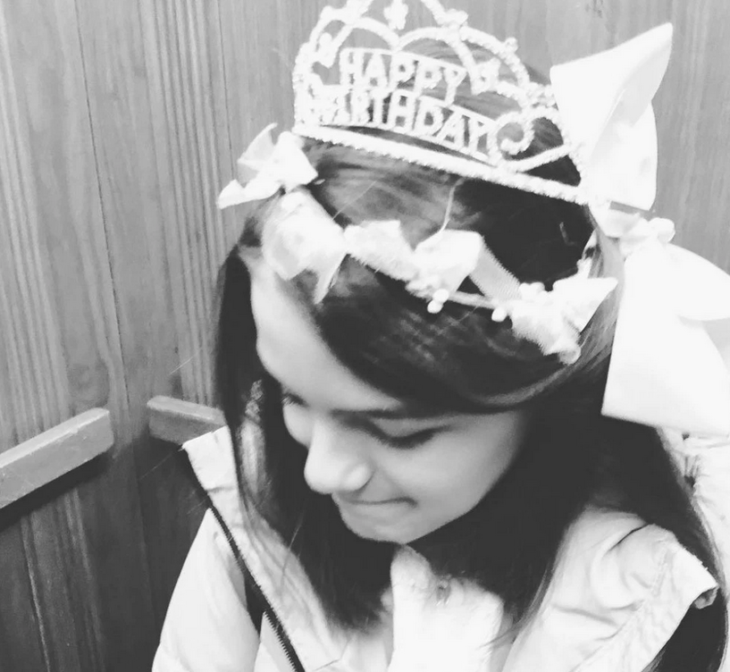 This picture is from last month and we cannot argue but admit that she looks exactly like her father, Tom Cruise. This is a photo Katie posted from Moria refugee camp. 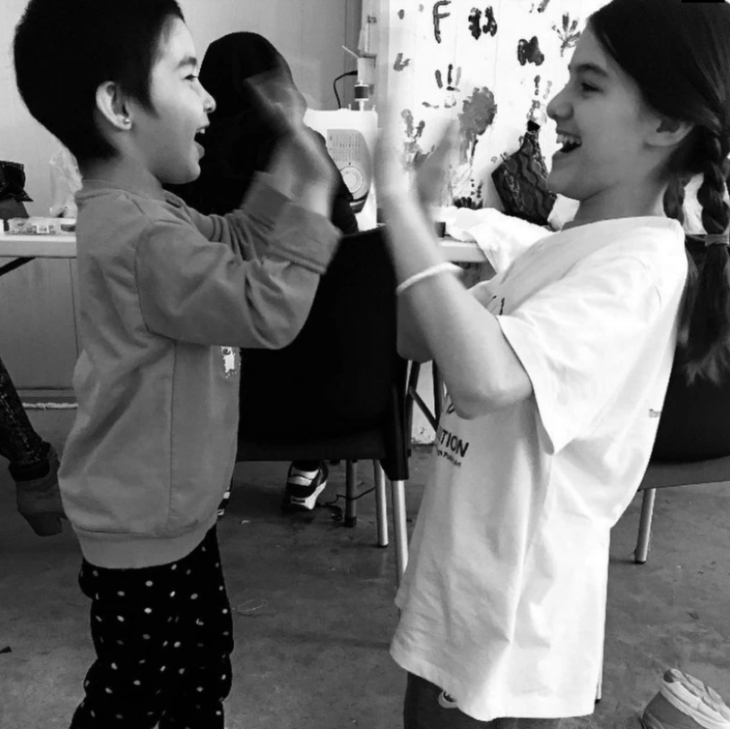 Who is the actor whoplays the role of King Night in the last season of ‘Game of Thrones’?