Who is the actor whoplays the role of King Night in the last season of ‘Game of Thrones’?

The latest season of the world-famous ‘Game of Thrones‘ series has been recently launched. The faithful fans of this series who watched each episode are well acquainted with the story. However, if someone is not familiar with this, it is all about the fight for the throne that brings the reign of seven kingdoms. However, in the last season, the opposing sides have to cooperate to fight a common rival called White Walkers.

There were indications that Night King has been hiding in the shadow since the first season, and has now appeared in the series and the fight has begun. Night King destroyed the wall, and now nothing can stop his army, or it just seems like that. Another fact that will make last the season more interesting is that he created a horde of undead, which literally means the Night King is in advantage over any other army that we have had the opportunity to see.

The question to which all fans eagerly await the answer is whether there is a way to beat his army of the undead. We decided to introduce you more details about this character, but also about the actor who plays the Night King in the ‘Game of Thrones’ series. So, let’s start.

Who is the Night King? 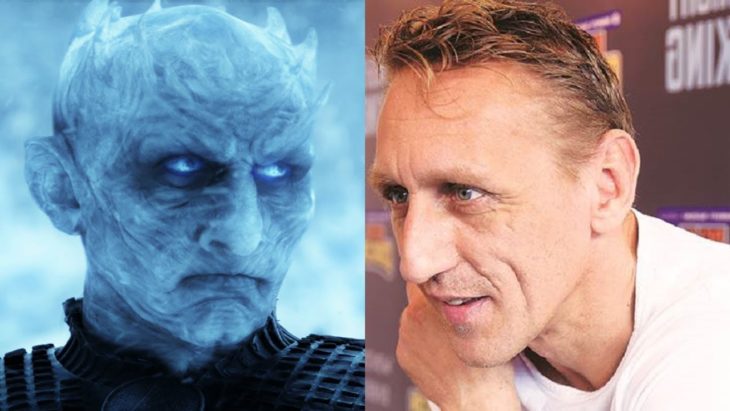 Previously, we mentioned White Walkers who are a common enemy for whom the current warring sides have to unite. In addition to them, there are also Wights. Well, their leader is scary Night King. In addition to the fact that he leads the army of the undead, which is terrifying by itself, his scary blue eyes and his frightening crown are also something that makes blood run cold.

The first episode of the last season has revealed some details about Night King. For example, we learned that he was created by the Children of the Forest by thrusting the ‘dragonglass’ dagger into his heart. Though they had in mind to create their protector, they actually did the opposite because the first White Walker became the most terrible threat that has ever appeared in all the previous seven seasons.

But now the main question is whether Night King can be defeated, and if that can be done, which is the way. In any case, the next episodes of the eighth season will probably bring us the answer to the currently biggest mystery in the series.

Until we find out the details of Night King, let’s look at some details about the person who interprets this terrifying figure.

Who is the actor who plays the role of Night King in the last season of ‘Game of Thrones’­? 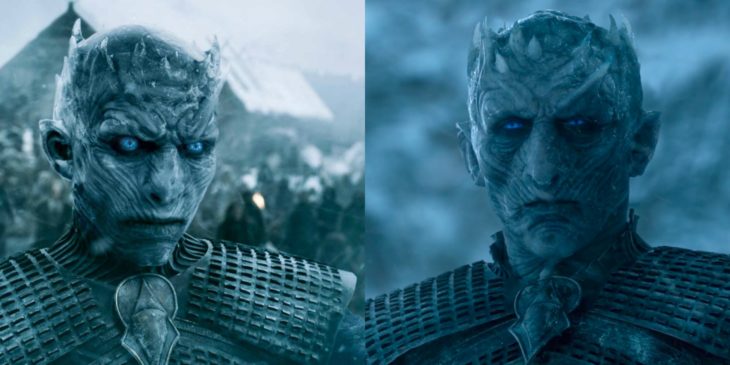 So, we were convinced that the powers of Night King really are great, but we must say that the power of makeup is also great. If you watched the fourth and fifth seasons carefully, then you noticed the first appearance of Night King, once in both seasons. The actor now playing this role is Vladimir Furdik and he comes from Slovakia. But before him, Night King was played by Richard Brake, in the seasons four and five. It is interesting that the difference is almost unnoticeable, but if you carefully compare the images from the previous seasons and this from the season eight, you will notice the differences in face shape.

So far, we have not heard a single word pronounced by Night King, but his face was seen before the Children of the Forest turned him into what he is now.

Also, we must point out that Vladimir Furdik is part of the ‘Game of Thrones’ since the first season, but he has been acting as a stunt before. In addition to this series, he was part of Hercules, Skyfall, Snow White and the Huntsman and Spartacus movies. Another one of his stunt doubles was in the Thor: The Dark World film for Christopher Eccleston.

What can we expect from Night King? 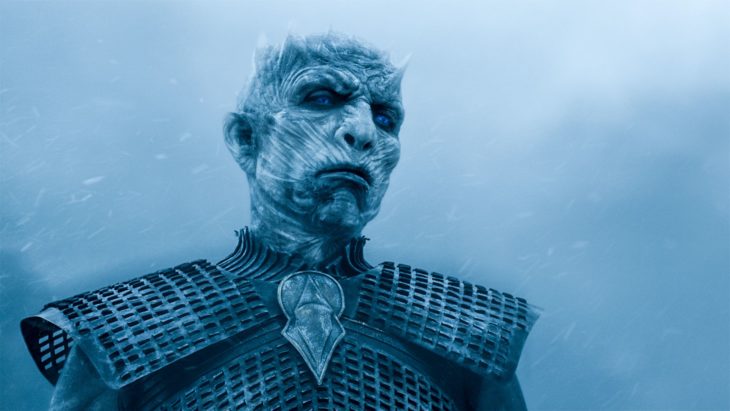 Considering the strength and the number of his scary army, we believe that King will go further in Westeros. In addition to the big horde he leads, he took control of Daenerys’s dragon and made it very dangerous as seen when the wall was being destroyed.

What we know for sure is that the last season of the Game of Thrones brings us new mysteries. First of all, the mystery is whether Night King can be defeated, and besides, we do not even know what his goal is. We can only assume that, like everyone else, he wants throne.

What Does Your Tattoo Say About You? 25 Types Of Tattoos, Decoded