The Adult Toy Industry – When Will It Stop Growing?

Over the last two to three decades the adult toy industry has multiplied and grown ten-fold, becoming one of the most lucrative industries on the planet. The continuous growth and e-commerce sales is going in favour of the sites that supply this kind of product. The ongoing taboo that surrounds that entire sector means that very few people are happy to go into a shop and purchase these products in person.

Lovehoney, one of the UK and world leading forces in the industry has run the show for many years. As more and more companies begin to take shape and take a punt at the big time, their competition has grown as fast as their revenue. The push and importance of SEO and advertising in the current climate makes it difficult for many new start-ups to make a real splash in the sex toy ocean, but surely someone will break into the top spot at some point?

When did sex toys first get created?

Though it is definitely not something that was created as part of the adult market to sell in order to generate revenue, items have been found deep in archaeological digs that have been deemed to have been used for sexual pleasure. Some as old as 28,000 years have been found showing that even then, with little else in terms of complex marketing and sales, people still yearned for stimulation.

The first physical shop that opened purely to sell these products was launched in 1962. It was created by a man called Beate Uhse in Flensburg, West Germany. This was the first of 1000’s that began the span the globe before making their way into the ever-expanding online marketplace.

It’s not just for women

Although, like we have previously mentioned, there is a taboo and subtlety that surround this subject like no other. People’s willingness to talk about their sex lives and what they tend to enjoy is almost none-excitant for many, and a total no-go for others. In current times though, people have become more and more comfortable and confident in their own skin, proving sex toys to be a very small factor in an individual’s sexual happiness.

The rise and reign of ground-shaking people like Caitlyn Jenner have empowered people around the globe to push themselves and make the leap into their true selves. Finding happiness within and being open enough to tell people about it is proving an important change for adult toy retailers. It means that even couples that felt they were close before are having more conversations about their needs and desires, leading them to be more adventurous as a duo.

Sex toys for men (for more information visit – https://www.sextoysaver.co.uk/sex-toys-for-men/) have seen the biggest increase in supply and demand in comparison to other areas within this lucrative world. Once seen as a woman only environment, males the world over have found that there is much pleasure to be gained when they are willing to try something that they may find to be out of the ordinary. Society is changing, and so are people’s needs and wants.

Adult vibrators still remain the largest segment in terms of market share, based on sales made in 2018 but that is likely to change in years to come. The three leaders in figures have been Asia, followed by Europe, then North America, all three of which totally sales that are larger than the ROW combined.

Where is the most money spent? 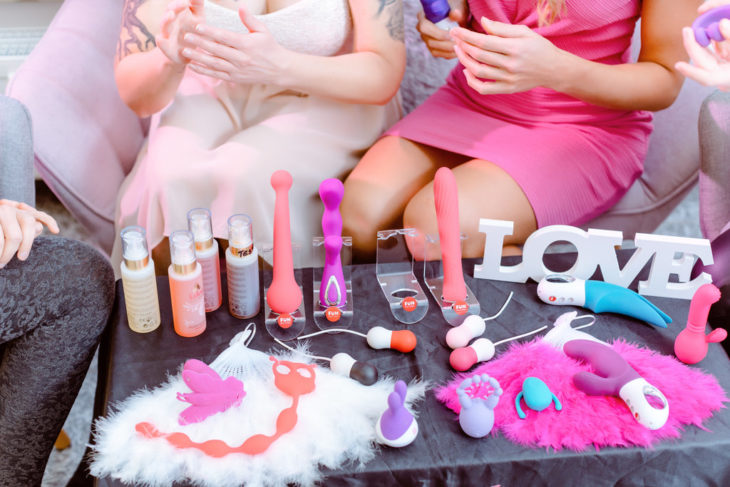 Once the one and only force in the adult world, the Americans now actually purchase less toys the Europeans. The driver of adult toys for many years has seen the world catch up in terms of items sold and revenue generated. They haven’t slowed down by any stretch, but Europe has upped the pace at which they develop.

With 70% of the sex toys being manufactured today being created and made in China, the country is now the fastest growing market, along with India. Like many of the products that come out of China spanning 100/s of sectors, toys are relatively inexpensive to make. Therefore the profit to gain is huge. Cultural differences in these countries make it impossible to buy or sell this type of product in person, but much like the early spike in America, e-commerce sites are taking these countries by storm.

Globally, it is predicted that the market will grow by £9.9 billion in the next four years. That growth gives you some small insight into the vast amount of money that is passed into the hands of retailers. Experts also say that they believe the most growth will be seen in Asia, with the 48% of the £9.9 billion growth being seen in this region.

Big Brands Jumping On Board

As big as the industry is, the successful participants in terms of market in the UK are only few. This has enabled big brands in other retail sectors to break into the adult world in a big way. From clothing sellers like NastyGal, to high street shops like Boots, well known brands have begun to dip their toe in to try and grab a slice of the growing pie.

Much to some people’s dismay, even national supermarket chain Sainsbury’s have begun to sell a range of sex toys to their customers. They have decided to display these items in store which caused uproar amongst many shoppers. This proves that there is still restrain as to how and where you are able to market and sell products of this type.

Marketing platform like Google and Facebook remain stipulant on the whole topic too. They restrict the way in which you are able to market your new business in the same as you would be able to if you were to sell an everyday product like trainers or vehicles. It is one of the most rewarding areas to build your business if you are at the very top, though getting there is extremely difficult.

The Monogamist: Retaining Your Individuality When You’re Part Of A “We”