The Art of Food with Culinary Artist Effie Noifelt

Food: the art you can eat

Food and cuisine are some of the most primal elements of human society. Every person associates different types of foods with different periods and places in their lives.

When it comes to cuisine, interesting new dishes have the chance to be far more involved and accessible than any other artistic medium.

Every meal is an opportunity to feel something, whether it’s comfort, surprise, joy, or admiration.

Cooks and chefs around the world have found ways to create new experiences from basic ingredients.

Today we’ll be looking at the career of one such culinary artist who has used her own family history and childhood experience to inform the food she creates. 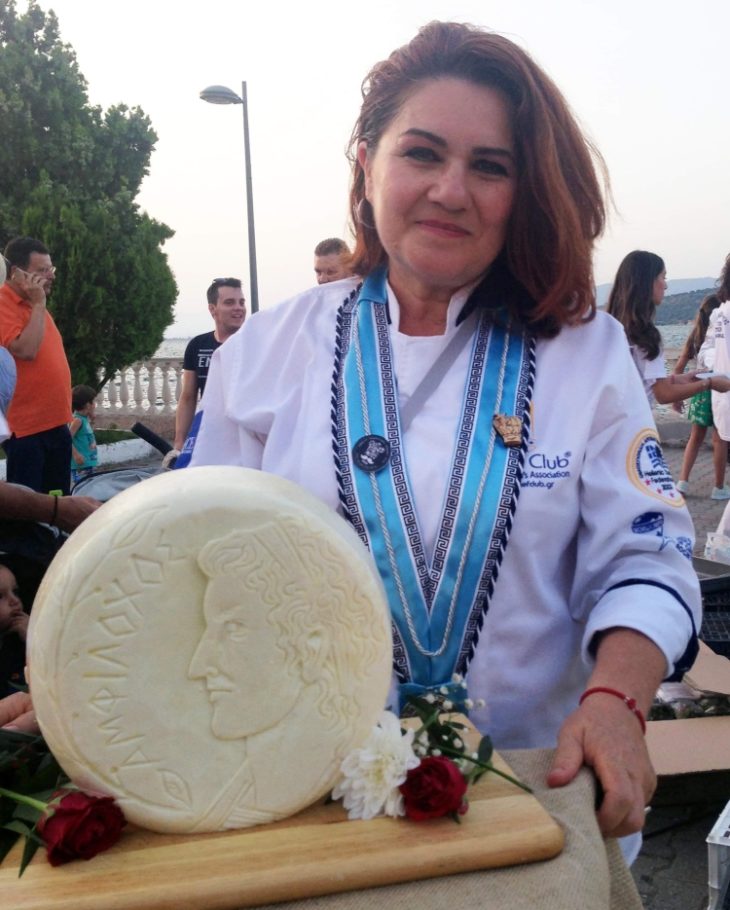 Effie Noifelt was born to Greek parents with a great love of traditional foods. She was raised in Nigeria, where her Greek heritage meshed well with a cultural environment that would feel foreign to many.

Noifelt has worked in several different countries as a private chef, restaurant cook, as well as starring in instructional videos on the preparation of Greek foods. She even owned and operated her own culinary gift store in Athens, Greece.

Noifelt has a special affinity for elaborate and highly detailed fruit and vegetable carvings, most of which are designed to invoke traditional god figures belonging to both Greek and Nigerian traditions.

A closer look into Noifelt’s career shed some light on the power of passion and the special power that food has to bring people together and introduce cultural traditions, all without using words. 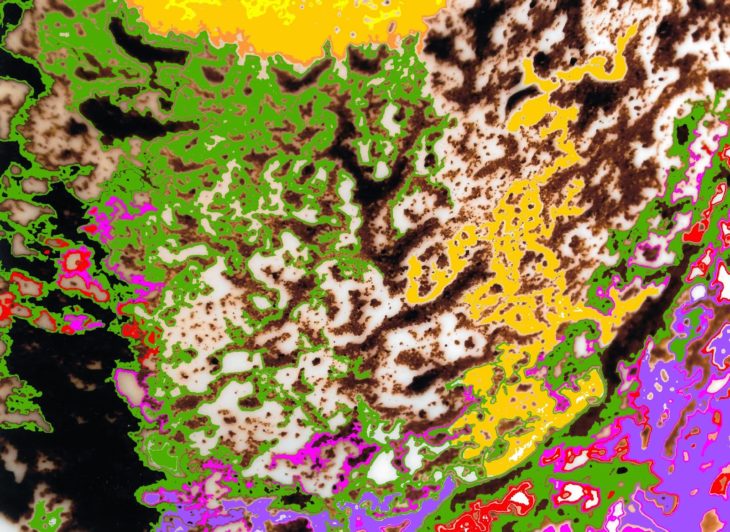 For a large majority of students, higher education is a chance to resolve any conflicts between passion and practicality.

Though many university students hope to enter the world of professional cooking, very few find success in that field.

Noifelt approached a culinary career from the opposite direction. Though she grew up with a great love of cuisine, she initially decided to study Environmental Health Science as it relates to the production of food.

“My studies dealt with food safety and regulations on commercially prepared foods. It also involved monitoring the production of food in relation to temperature, cleanliness, and sources of contamination of bacteria, etc.”

It wasn’t until a few years later that she re-examined what she cared about most. Yes, food safety and food science was crucial, but her talents and her focus remained centered on the more tangible aspects of the culinary arts.

If we compare cooking to oil painting, then Health Science is the paint, canvas, and other materials, understanding how they interact, while the culinary arts themselves are the act of painting, choosing a subject, and deciding on composition and color palette.

“My passion for cooking was much stronger than my interest in that particular field of study.  While working through my courses, I would still find time to shop, prepare, and enjoy gourmet dinners with my family and  friends. After college, I finally decided that it was more important to me to perfect my culinary skills than to pursue a career in science.”

Today, she is thankful that her background in Environmental Science is still able to inform her decisions regarding the choice of ingredients and where those ingredients came from.

The path to carving 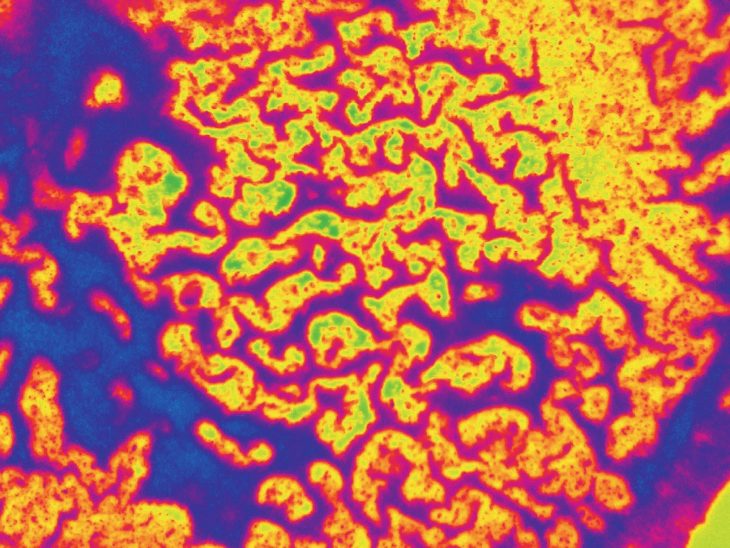 Prior to speaking with Noifelt, I was largely unaware of just how popular and prevalent food carvings really are.

My only real experience with such carvings has been via American entrepreneurial iterations such as Edible Arrangements which, while charming and impressive in their own right, cannot approach the level of complexity and beauty of Noifelt’s carvings.

Carvings like these have been around for quite some time, with historians arguing as to their origins.

The art form is generally believed to have begun in Asia (the precise country of origin is still up for debate) roughly 700 years ago.

Regardless, contemporary carvings exist almost completely independently of this tradition. Instead, each artist chooses their own tools, techniques, and subjects.

While Asian food carvings of old almost always featured the shapes of flowers and birds, Noifelt has chosen to center her carvings on god figures and other traditional cultural symbols, while also sometimes utilizing flowers and other imagery that recalls different elements of the natural world.

Noifelt explained how she was first exposed to the art form and why she decided to pursue it over the course of her career. 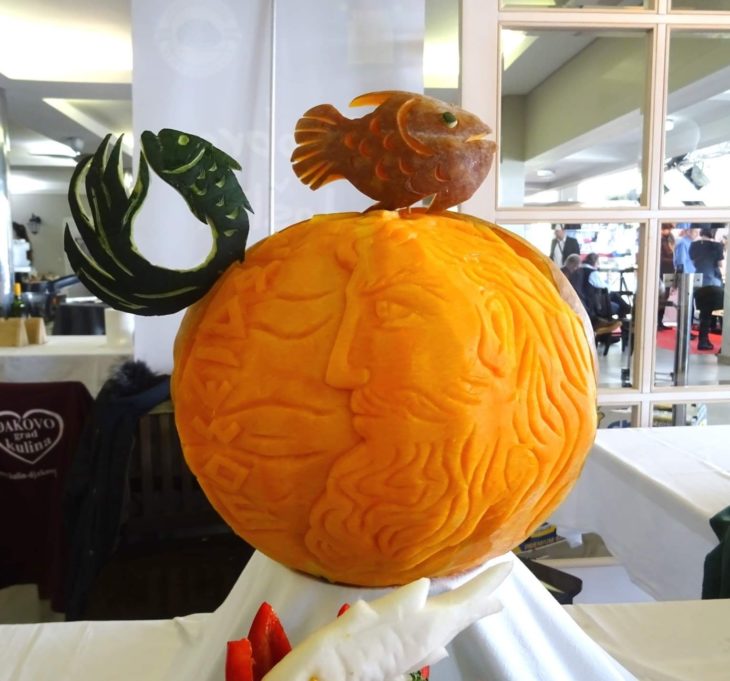 “When I was about seven years old, I visited a Thai restaurant in Kano, Nigeria. There was a chef carving veggies using just one chef’s knife, turning them into fantastic shapes. Much later on in life, I received a beautiful set of carving knives. From there, I became seriously interested in fruit and vegetable carvings. For me, it’s just such a beautiful art form.”

The most compelling trend in Noifelt’s carvings is the intersection of human experience, nature, and a higher realm of deities, whether real or imagined.

Even the choice of food as the primary material influences how the pieces can be interpreted on an artistic level. Human existence, like a meal, is ultimately impermanent and should be enjoyed in the moment. 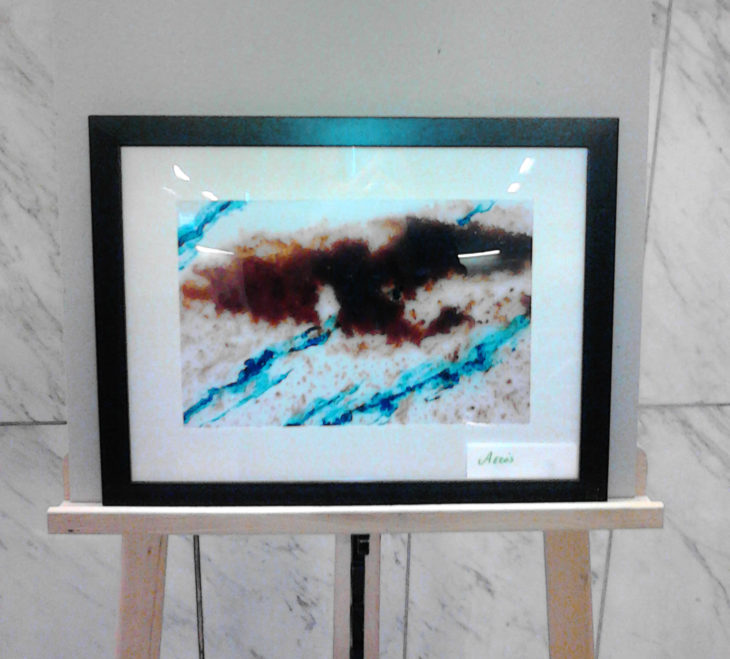 I’d like to touch briefly on the topic of culinary presentation, and it should come as no surprise that Noifelt, when creating dishes that do not involve carvings, pays a great deal of attention to how a meal looks.

You’d be hard-pressed to find a chef who thinks that visuals are more important than taste.Noifelt is no exception, but she believes strongly in the idea that enjoying a finely crafted meal should be a multi-sensory experience, and that aspect of a dish can play nicely with the others.

“I am captivated by the idea of presenting my food in an artistic fashion. There is distribution of pure colors found in the ingredients after they are cooked. The challenge is to balance the colors with taste, texture, and scent on the plate. That simple idea can take years to master. Finally, I want my food to tell a story by sight, smell, and, finally, taste.”

Again, there are very few art forms that need to work on so many different levels. There have certainly been attempts within contemporary art (specifically performance art) to create a piece that can be experienced with one or more of the senses, but food lends itself very well to this idea.

Taste, smell, and sight all work together to create long-lasting memories of the foods we love.

Combining these effects isn’t just a good idea, it’s a necessary step towards becoming a culinary artist, rather than just a cook. 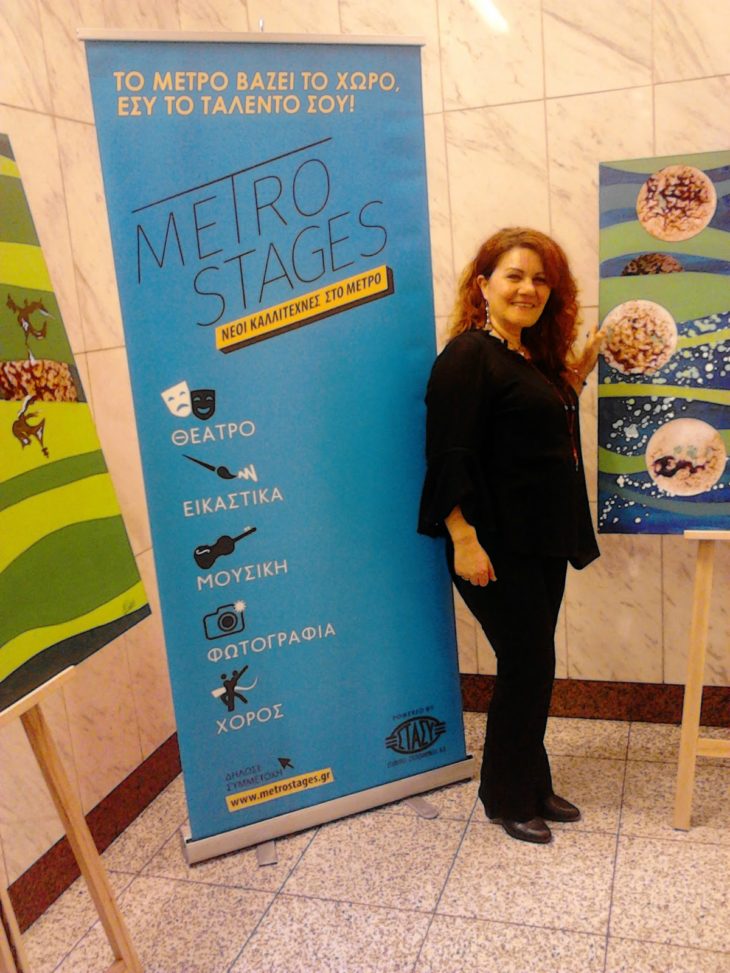 In closing, we circle back to the most consistent theme of contemporary cuisine, namely that food is an opportunity for connection and inspiration.

Noifelt never focused solely on Greek food traditions, though she easily could have. A throughline of her culinary career has been this collaborative effort between Greek dishes and Nigerian flavors and spices.

From a distance, it may seem an unlikely combination, but Noifelt has found a way to marry these two cultural influences seamlessly.

“Having grown up in Nigeria, I was exposed to exotic herbs and spices. Being able to introduce these into my traditional Greek cuisine, creating a new culinary experience in the process, is very exciting. To be able to introduce this to people around the world is thrilling. I feel like I am educating their palate, and that is a wonderful feeling.”

This kind of culinary education is especially valuable in a time when accessibility to foreign and ethnic foods is better than ever.

For those who are looking to expand their culinary interests past whatever they happened to grow up with, there’s really no excuse for limiting yourself to comfort foods.

Yes, there will always be times when we need to go back to some of our favorite foods from our very own childhoods, but very little effort is required to find and sample other new and exciting foods in your area.

In the end, why not avail yourself of the opportunities that an increasingly globalized world have offered to American diners and foodies?

When it comes to your own culinary skills, not everyone is cut out to become a professional chef, but Noifelt’s cross-cultural approach can easily be applied to home cooking.

You may choose to seek out online recipes that use elements of different cultural food traditions, or you could be a bit bolder and simply try different things.

Find ways to combine Asian stir fry with Southern BBQ. Take a French dish and make it the spiciest meal of the week.

Not every experiment will be successful, but the lesson here is simply that creating new foods can make life more interesting. It’s possible to cross borders even in your own kitchen.

6 Things About Men That Turn Us Off

Luxurious Gift Ideas That Won’t Burn Through Your Pocket

How Do You Get Rid of Snakes Around...