The Man With The 132-Pound Nut Finally Got Scrotum Surgery

Las Vegas man Wesley Warren Jr. made headlines for his unusually large ball. He was trying to raise $1 million to have his more than 100-pound scrotum removed, which is caused by a condition known scrotal elephantiasis. When “The Dr. Oz Show” offered to foot the bill for Warren’s ball surgery, he turned them down saying he didn’t want to lose the fame his testicles had earned him.

But his health and quality of life kept declining. At 500 pounds, every step was labored. Warren had to wear an upside-down hoodie belted and pinned to cover his ball when he went out in public. At home, he barely left his couch, watching TV while resting his ball on a milk crate. Because of the size of his scrotum, his penis was too buried to control his peeing. He also suffered from severe anemia and depression. Warren said he longed to have a relationships and hold down a job someday. When his scrotal mass grew to 132 pounds, he had no choice but to go under the knife even thought he was scared for his life. “I’m still worried about dying on the table, of bleeding out,” Warren said last year. 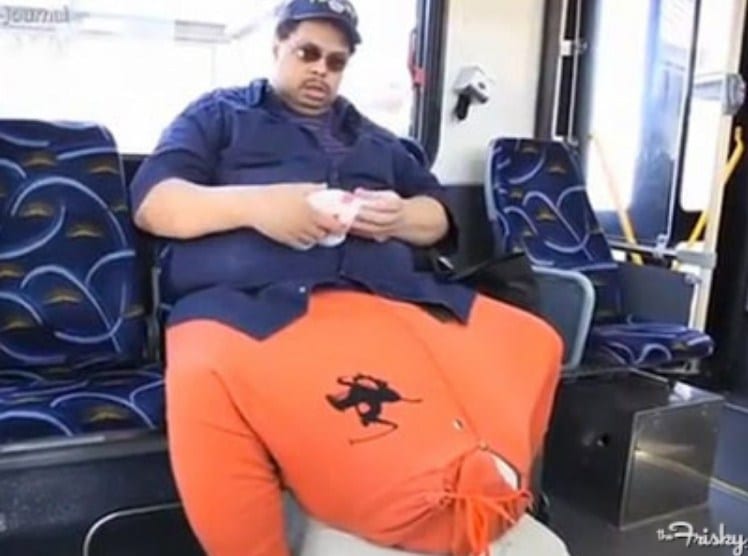 Earlier this month, Warren successfully underwent a 13-hour procedure to remove his large scrotal mass. “There are a lot of shows about makeovers, but this is a real makeover. He’s basically a new man,” said Dr. Joel Gelman, the man who performed Warren’s surgery. Warren is now 132 pounds lighter and his scrotum is recovering slowly.

Soapbox: I’m Sorry, But I Just Need To Rant About This Stupid xoJane “Plan B” Piece