The Soapbox: I’m Short, But That Doesn’t Mean You Can Treat Me Like A Child

I have a specific problem when it comes to dating. I mean, I have many problems (I’m attracted to unavailable guys, ranging from gay men to to fictional characters), but there’s one that has significantly affected me.

I’m short. I’m 4’11”. I’ve been this size since I was about 12 years old. So, NO, to answer the question you were probably wondering and men on dates have actually asked me, I am not a little person. If you take a look at me – either by Googling me or assessing my corporeal being — you can tell that I am of average proportions.

Now, while there are obvious perks to being petite (Saving money by shopping in the children’s sections! Wearing high heels guiltlessly! Getting picked up spontaneously! Wearing a hoodie to a Mexican restaurant and getting a kid’s burrito!), there are some times where I do get the short end of the stick, pun heavily intended. I don’t just mean that I have to weed out all of the shady men who have a petite girl fetish, but something about being a short lady brings out the alpha — or, unfortunately, misogynistic — in some men in a variety of ways.

The worst thing a date has asked me was if he would “fit in me.” My first reaction to that question was repulsion. That’s not how you talk to a woman you barely know! But perhaps he assumed I was, you know, just a girl. Well, Sir, I am shorter than you, and I may be a few years younger than you, but I have a college degree and I’ve had my period for nearly a decade and a half. Not to mention, babies are designed to come out of me, and I’m pretty sure a baby is bigger than whatever it is you claim to be packing. 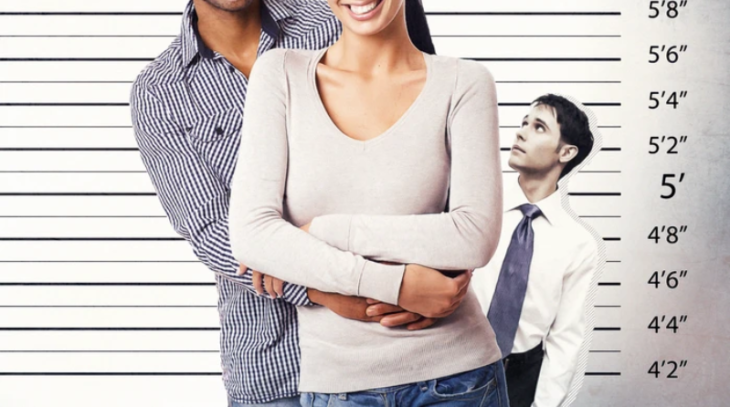 A large part of the problem, I confess, is that on a day-to-day basis I have to deal with the child-izing that men, well, all people, to do me. Yes, I made up that word. Like it? People like to typecast me as the plucky little girl. When I was pursuing musical theater after I graduated college, this was a great thing. I booked work as a four-year-old-mouse (I’m not kidding you!) in a children’s musical. While I am grateful for that experience, there comes a point as a woman where you think, Oh God, do I have to bind my barely there boobs? Must I maintain a waistline that is nearly non existent? Real women have curves! Even if they don’t have height!

Because of my size, I was always the “baby” in social situations, like Nick Carter was the “little brother” in The Backstreet Boys. To refute Mary Kate and Ashley’s song from the early 90′s, it was actually me who was the cute one. As a means to combat this typecasting, I started overplaying my womanhood, especially in romantic situations, because after all, women claim their sexuality! Yeah! Girrrl power! However, these misguided attempts were not met with remarkable success.

I can recall being at a party in college for the cast of a show I was in at the time. I was playing – Surprise!– the role of a little girl, and I had a whopping crush on the guy I played opposite. He played an old dude, and we had all of our scenes together. I really wanted him. So I did the thing that college girls drinking beer out of a red Solo cup do: I propositioned him. And this was the worst part: He said no. He virulently turned me down. Why? Because he said he felt uncomfortable that I played the little girl opposite of him in the show. 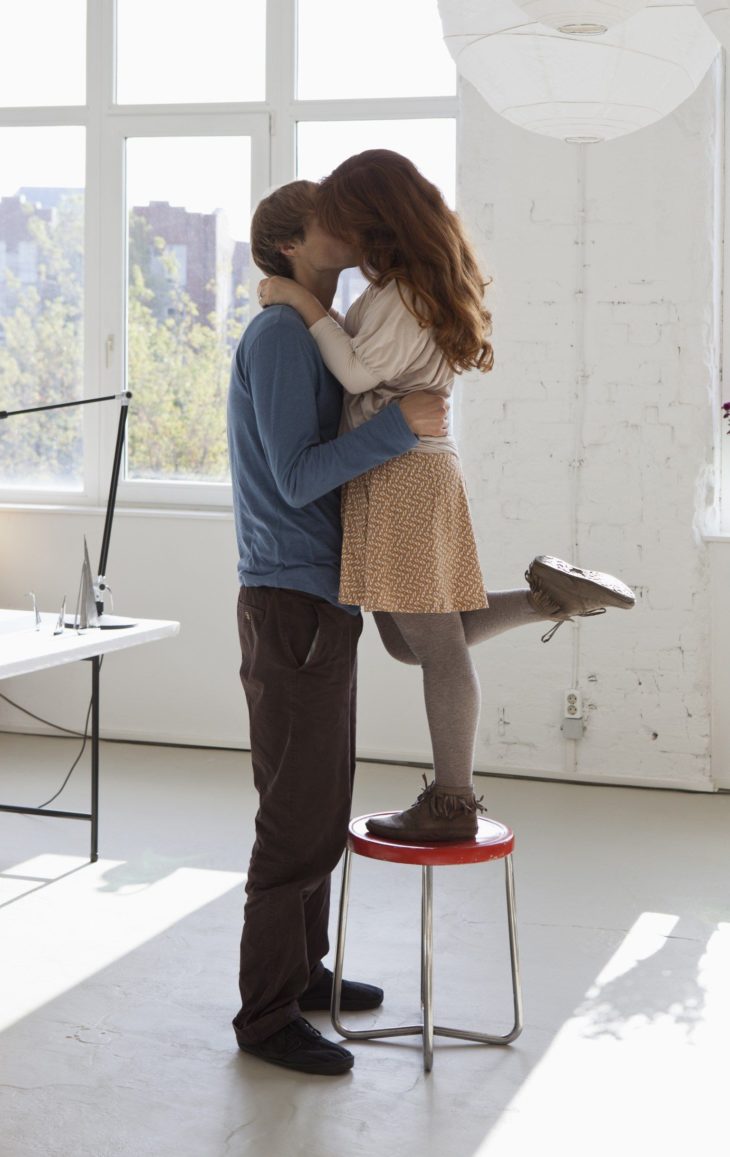 What kind of man turns down such a blatant proposition?! Yeah, I know … we did have to work together. And who knows, the real reason might have been that he just thought I was unattractive. But I can’t help but suspect this was about him perceiving me as a little girl. This was about me being too petite to be sexual. This was about me being cute, not sexy. And this is at the crux of my ongoing dating problem: men tend to see me as child, which makes me undatable or unbangable or both. Was this how Baby Spice felt?!? Surely she got laid! Do I have to adopt a British accent or just find guys into that sort of pigtails thing? I don’t want to do that!

Now that I’m older, I’ve “claimed” my womanhood more than I had claimed it back in my collegiate days, I’ve mustered up enough self esteem to, for the most part, not let my height be my signature personality trait, because after all, my physical traits are not my personality. My work ethic, my ambition, my pratfalls, my confession that one time I accidentally ate bird food, are.

Despite all the issues that come along with my stature, I really like being short. I’m used to it. I don’t know what it’s like to be tall. The problem isn’t completely me — because there’s nothing I can do other than get leg implants, which quite frankly, seems like a crazywaste of time — it’s the men sizing me up (sorry the pun! I can’t help myself). I do, however, believe that I can play a role in how I’m perceived to some extent. The more I take ownership of my petite stature, the less men will make assumptions, or the more quickly I will weed out guys who assume that the size of my body is equivalent to the size of my heart, which, I assure you, is a hell of a lot bigger than 59 inches. And to reiterate: my body was can squeeze out an entire little human, so don’t get so egotistical about your size. Size doesn’t matter in this case, Sir.

Pain Cream – What New Pain Creams Are There in 2020