The transformation of Ariel Winter

We can say we watched Ariel Winter grow up before our very eyes, as she landed a role when she was very young in a very successful TV show. Her personal life struggles and being in the spotlight sure haven’t made her life any easier, but she grew up in a strong, confident woman. Take a look at a stunning transformation of Ariel Winter. 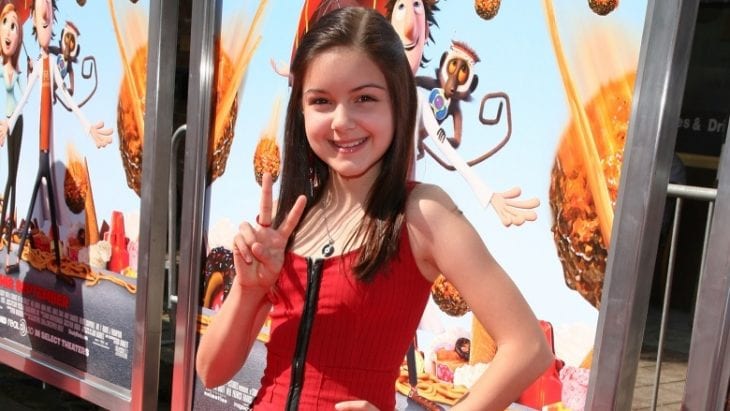 In 2009, Ariel Winter landed the role of Alex Dunphy, a smart middle child of the Dunphy family in ABC’s Modern Family. Before that, she had a minor role on ER and she voice-acted in Disney’s Phineas and Ferb. But Modern Family changed her life. “It’s really exciting! It’s different. It doesn’t take that much time, everything is set, and everybody is like boom-boom-boom, let’s get this done right now. It’s really different than dramatic stuff where it’s like, ‘let’s take this slow.” 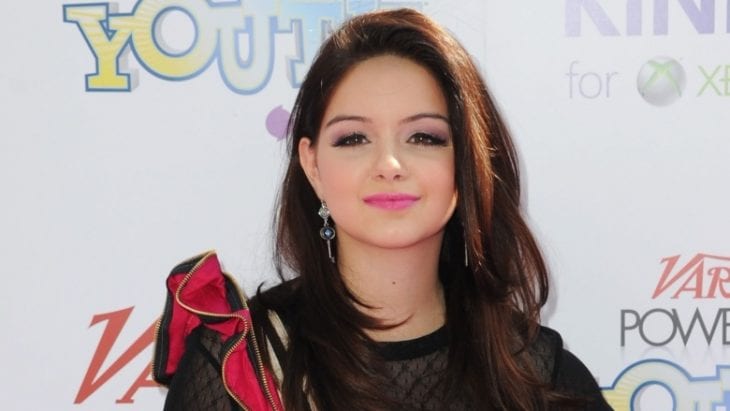 As the success of Modern Family grew bigger, Winter’s success did also. She experimented with fashion on the red carpet, and her confidence began to grow. When she noticed that she could do something good with her fame, she decided to take action. “I conserve water, I unplug appliances when I’m not using them, and I use the three R’s. Renew, Recycle, and Reuse,” she shared with thestarscoop.com. Winter and her Modern Family co-stars gave awareness to anti-bullying and created a PSA for GLSEN’s safe space campaign. 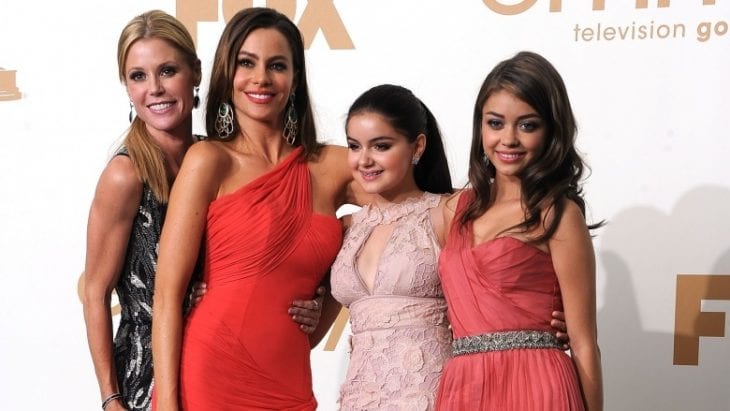 In 2011, when she was 13 years old, she decided to take her red carpet style on another level. Her look for the 2011 Emmy’s raised a few eyebrows, with MTV and Hollywoodlife.com stating, “Ariel Winter’s Emmy dress makes us feel uncomfortable.” Winter said to US Weekly, “I thought it [the dress] was very youthful, yet mature because I have the flowers and it’s blush pink. I have a sort of body in a way that you can’t really put a dress like this on without it looking older and more mature, so it’s kind of not my fault!” 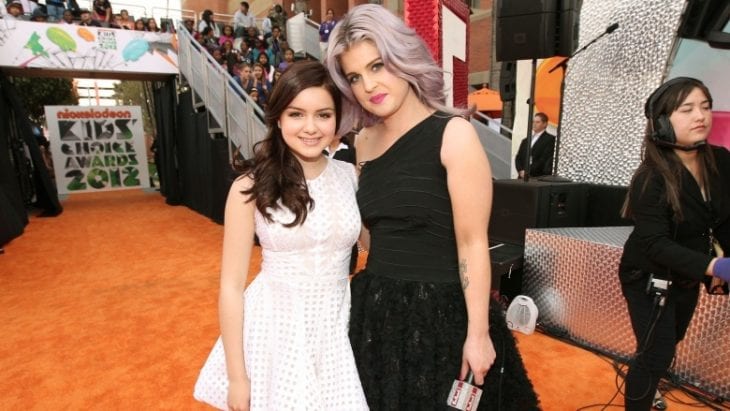 In 2012, when she was 14 years old, the news how Winter was removed from her mother’s care came forth. E! News reported how Shanelle Gray signed a petition to be Winter’s guardian because of their mother’s “vile name calling, personal insults about [her and her weight],” and so on. It was also reported that I was her mother that urged Winter to dress more provocatively, which could explain some past Winter’s fashion choices. With all that going on, Winter never showed how much stress it caused her, as she was always smiling in front of the cameras. 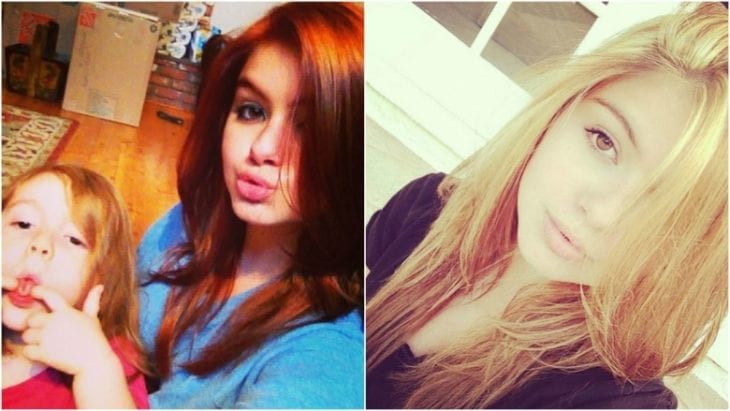 In 2012, Winter shared with Teen Vogue, “Because my mother wasn’t supportive. Now, my sister is always making sure to tell me that I look beautiful.” For Winter, the beauty is in the hair. “Ariel is young and fun, and the hair change is all due to her hiatus from Modern Family,” said Winter’s hair-colorist, Ashlee Zakar. Winter went from bright red to blonde, all in 2012. Zakar said that with Ariel’s “porcelain skin with dark features,” she wanted something “more bright and fun.” 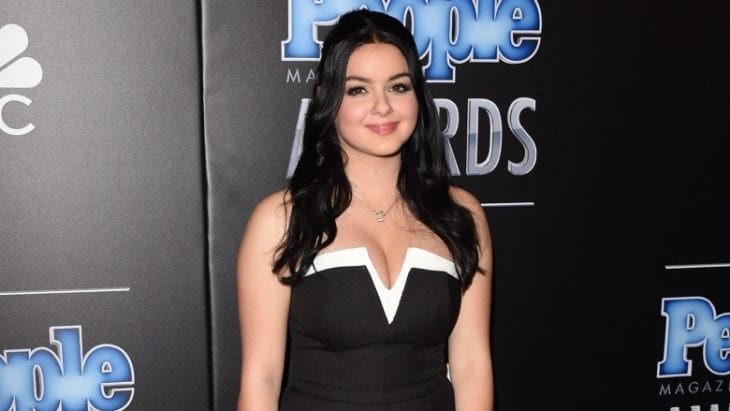 In 2014, unlike most teenagers, Winter found her style. She shared with Style, “I have more of an edgier style. I’m not pink, ruffled, preppy. I like the bodysuits. I love the color black. So the mature style and the more mature body goes with the age that I would like to be.” She worked with her stylist in order to have some more age-appropriate looks. When she wanted to wear NBD x Naven Twins jumpsuit, her stylist added white piping along the bodice to make it even sweeter and a bit younger. Regarding her body shape, Winter said, “It’s a blessing and a curse. I have to find things that are appropriate to wear but also fit my body well, so it still looks good.” In 2015, a 17-year-old Ariel Winter became emancipated. She also had a breast reduction surgery, going from 32F to 34D, and she discussed it publicly. She shared with Glamour, “I got it for myself. I can’t even really put into words how amazing it feels to really feel right.”

Winter posted on Instagram how thankful she is to everyone who supported her before she went on surgery. She said how she had difficulties finding clothes that fit her, and now, everything is changed.  “Now I can wear all styles of dresses and all styles of things…I’m excited to finally actually feel confident and not just appear confident.” And she did appear confident in her bright red Romona Keveza dress at the Emmy’s. Celebrity stylist Anita Patrickson dressed Winter for that event, sharing with International Business Times, “I’m trying to get her away from being a teenager. She’s at that age where you’re kind of grown-up, but also she’s so young and fresh and gorgeous.” 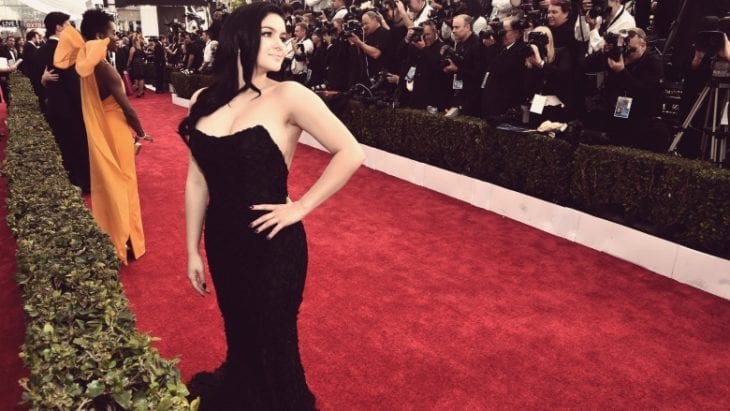 In 2016, she confidently showed her surgery scars at the Screen Actors Guild Awards in January in another Romona Keveza gown. Winter tweeted after the show, “Guys there is a reason I didn’t make an effort to cover up my scars! They are a part of me and I’m not ashamed of them at all.”

Risking and not being sorry

Couldn't be more grateful to @shanelle_gray & @davidbarrygray for throwing me the most amazing graduation party ever last night…the amount of love and support they've shown me for the past four years has been life changing. My sister is my absolute best friend and my everything…❤️ Thank you so much. I couldn't be luckier or more grateful. I was in awe last night and I still am that you guys love me that much to do all of that for me…I never would be where I am today without you two…you guys saved me and taught me to be the person I am today. Dad…I love you!!! Thank you for always being there to support and love me as well and always put a smile on my face no matter what :). I'm so grateful for the bond we now share. Alenah the song you put together with Shanelle and recorded for me was one of the most special gifts I've ever received. I'm still tearing up thinking about it. Thank you for that and for your beautiful, special performance. Also a big thank you so much to Geraldine for putting it all together and to @contemporarycatering @robpauerful for the most amazing food! A special thank you as well to Sharon who is probably the biggest reason I was able to get through high school and accepted into college…you pushed me to always do my best and encouraged me…not to mention you were always there for my 1am freak outs about late projects 🙂 Anddddd thank you SO MUCH to all of my amazing family members and friends that flew in to celebrate with us- you guys are the absolute best. Thank you also to the ones who didn't have to fly in…so much love was felt all around last night. Thank you thank you thank you!!!!!! Class of 2016…❤️ #uclabound

She remained true to herself and confident as ever. When people shamed her on the graduation picture she posted, because of the dress she decided to wear, Winter replied, “Dear sorry body-shamers, I looked HOT in that dress. And if you hate it, don’t buy it. But please get a hobby. XOXO Ariel #EmbraceYourBody.”

Ariel Winter in the future

Who knows what to expect. We are just looking forward to seeing more of her, and we hope she will stay confident, fabulous and a fashion icon for as long as she can.

What Are The Ways To Reduce Prescription Medication Costs

How to Screen Rental Tenants