There is an interesting item hidden inside Prince Charle’s Coronet

And why is there a ping pong ball hidden inside the coronet? Well, we are going to find out now. 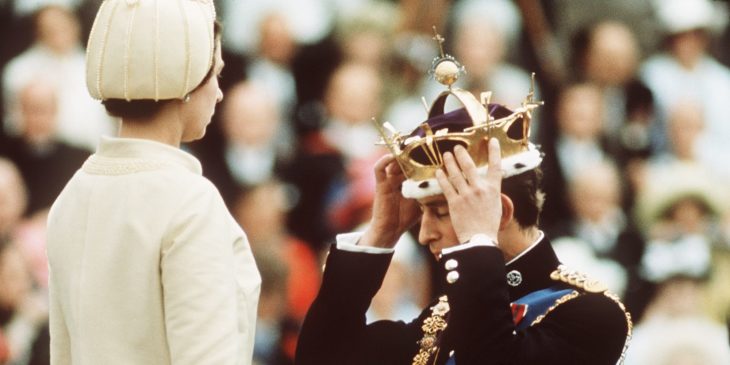 In 1969, Prince Charles was ready to be officially declared the Prince of Wales. He was almost 21 years old, and everything was in place, except the crown. He should’ve worn the silver gilt Coronet of George, but the crown was missing. Duke of Windsor ran away from his kingdom in 1936, and he took his crown with him. So they needed a new crown.

Queen Elizabeth II decided that they were going to make a new crown because she didn’t want any contact with Edward. An interesting fact is that the Coronet of George was returned back to England, and it’s currently at the Tower of London. But it was returned there when Edward died in 1972. 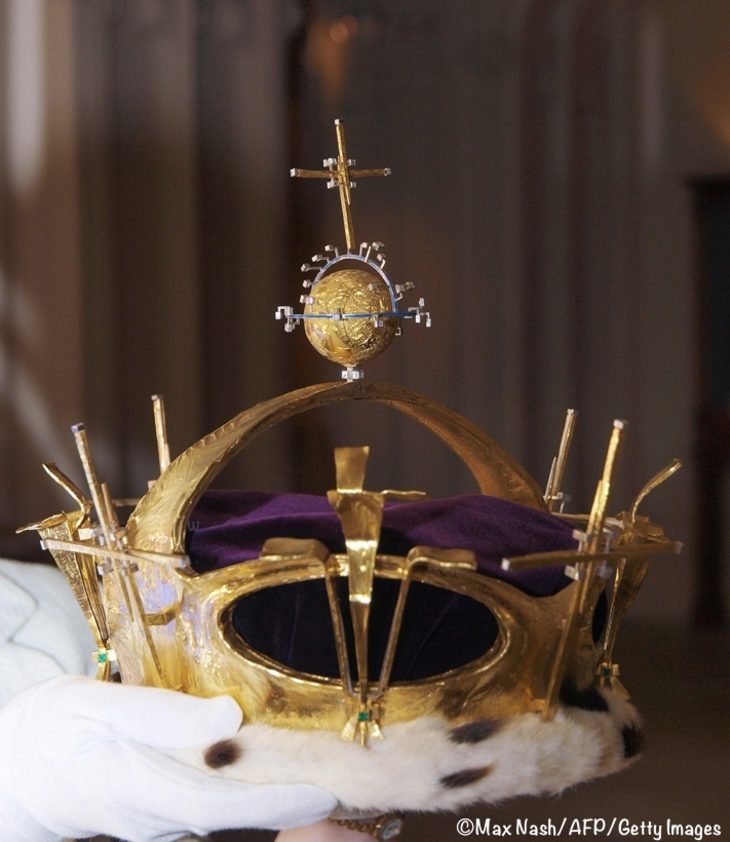 They wanted a simple yet modern design. And they wanted it to be simple because those years were so delicate for the monarchy. The labor protests were ongoing in England, an oil shortage, uprisings in Wales, people were outraged, and the troubles in Ireland have just started.

So they rejected the first design that was proposed by crown jeweler Garrard because it was too extravagant, and they decided to go with the design that was suggested by Louis Osman.

Who was Louis Osman? 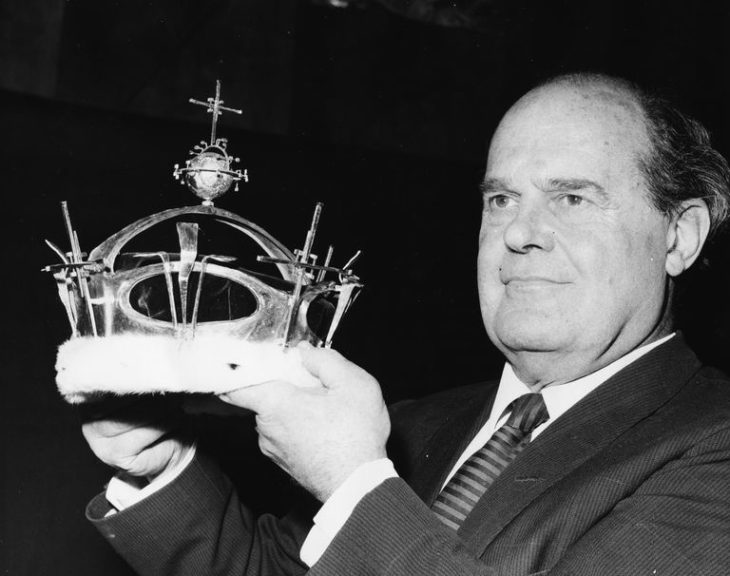 Louis Osman was a very strange man. He was described as a hippie that was never on time, but he was also a very creative person, and an amazing architect, sculptor and a great artist. He wasn’t known for any particular style, but he was a visionary and he knew what he was doing.

The coronet that Prince Charles wore to his investiture was gifted to the royal family by Goldsmiths’ Company, and they were the ones that commissioned Louis Osman to create the coronet. 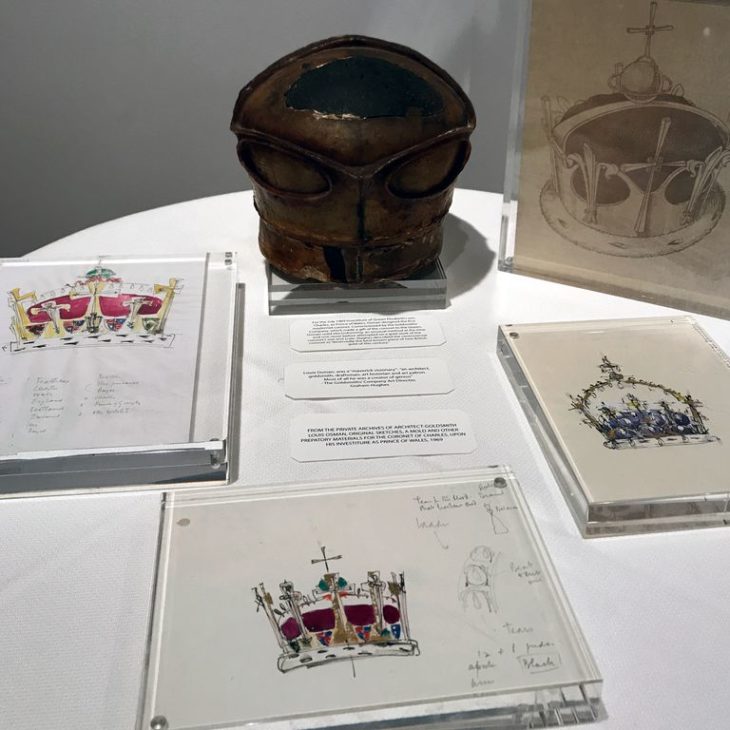 Osman wanted something abstract and modern. But he also wanted everything to have a function. When he presented the final sketch and when they approved the sketch, he had almost five months to make the coronet. Everything on the coronet had a meaning. There is an insignia of Prince of Wales and a simple cross. There are also diamonds on the monde that are in the shape of the sign of Scorpio, because Prince Charles was born on November 14. And at the base, there are four crosses and four fleurs de lys that are decorated with diamonds and emeralds. The diamonds represent the seven deadly sins and the seven gifts of the Holy Spirit.

Inside the coronet, you can find a cap of purple velvet lined with ermine. That was Charles’s request because he wanted a coronet that was modern because he would wear it without a wig.

There were all the symbols that needed to be there, but they were done in a very abstract style. Just by looking at it, you can see that the flowers and crosses are abstract and not usual. 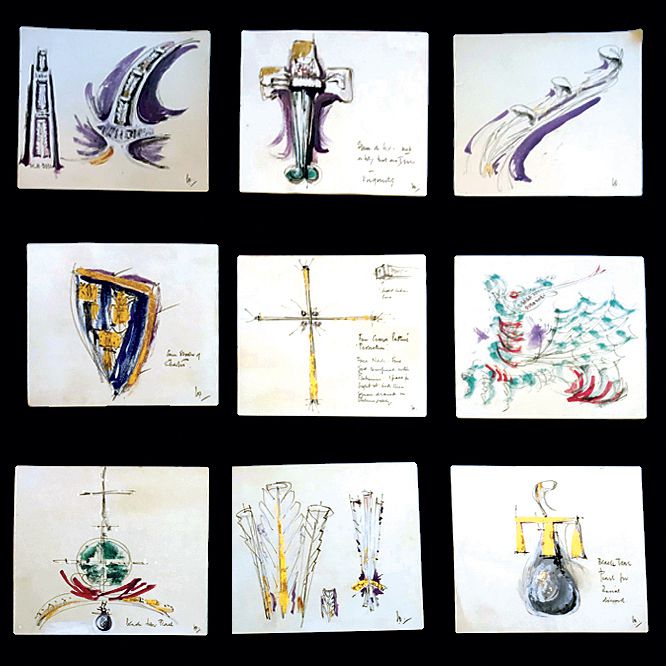 And something that was also new, was the way Osman made the coronet. It was the first time someone used electroplating. And before that crowns and coronets were always made by hammering solid sheets of precious metal or just by casting.

Even they wanted a simple design, the final coronet was much more luxurious than the Coronet of George, that was silver gilt without stones. But this one was much more lighter because when it was done it weighed just three pounds.

The only problem they’ve had was with the orb. They couldn’t make it just right, the way Osman wanted it to be made. The first time they made the coronet it broke apart. Osman had very little time until the investiture to complete the coronet, so he needed a solution very fast. And a technician came up with an amazing idea, and that was to electroplate a ping pong ball. And to anyone’s surprise, the idea worked. The coronet was made and it was magnificent. But still today, some people love the coronet, and some people just hate it. But we can agree that it is very unique and something that wasn’t seen before. 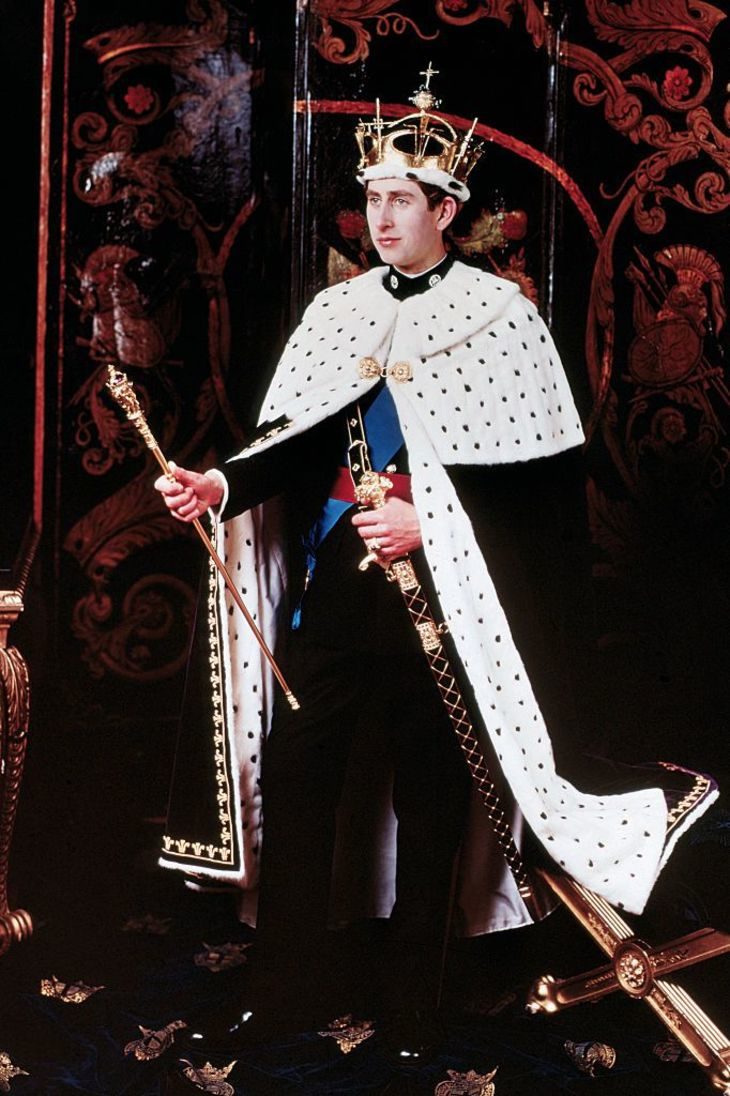 The coronet that was made by Louis Osman was called the best-known piece of new British gold of this century. And Osman was recommended by Goldsmiths Hall many times after this project. They made an exhibition in 1971 where all of his works in gold were displayed, including this coronet made for Prince Charles. We also can agree that this coronet is very special, unique and certainly the only one that has a ping pong ball inside it.

What kind of a great-grandmother is Queen Elizabeth II is going to be to Baby Sussex?

What Royal Members Do with the Flowers They Got on Events

You can find One Item from Meghan Markle...

The Most Interesting Photos from Prince Harry and...