Since she was born and raised in Los Angeles, California, she had a much more relaxed and outgoing childhood and youth than Harry did. He parents separated when she was just six, and Meghan has lived with her mother Doria Ragland since then. Her mom worked as a yoga instructor and a social worker. 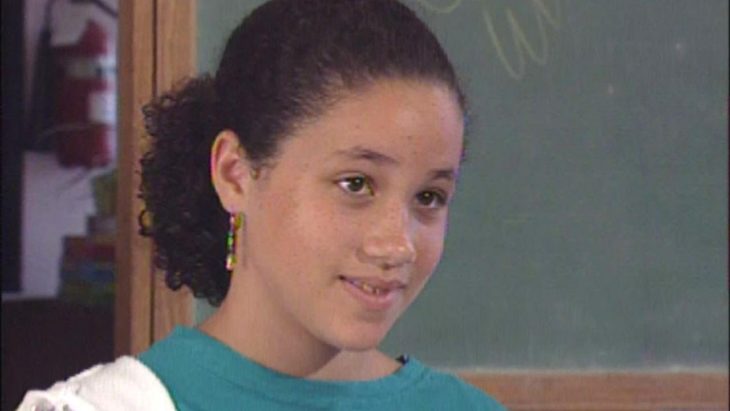 Her father Thomas Markle is an Emmy Award-winning lighting director. He often brought Meghan to sets. She revealed to Esquire in 2013:

“Every day after school for 10 years, I was on the set of Married … with Children, which is a really funny and perverse place for a little girl in a Catholic school uniform to grow up. There were a lot of times my dad would say, ‘Meg, why don’t you go and help with the craft services room over there? This is just a little off-color for your 11-year-old eyes.”

Meghan had a homework assignment at 11 years of age, about commercials. “I don’t think it’s right for kids to grow up thinking these things, that just Mom does everything.” she said back then. Her dad encouraged her to write to some powerful and connected people, like Gloria Allred, Hillary Clinton, and Linda Ellerbee. She managed to make Procter & Gamble change their slogan from “Women all over America”, to “People all over America”.

She always had a wish to act, but “hated the idea of being this cliché — a girl from L.A. who decides to be an actress.” Therefore, she double-majored in international relations and theatre, at Evanston, Illinois. Her favorite place to eat back then was special. “The 24-hour Burger King also definitely helped me put on the Freshman Fifteen.”

Meghan had an internship at the USA Embassy in Argentina. “Our Secretary of the Treasury at the time, Paul O’Neill, was there, so I’m 20 years old, in Buenos Aires, in a motorcade, doing that whole thing. I thought for sure I would still have a career in politics.” she said in 2013.

Before “Suits”, Meghan auditioned for many shows, and was once a briefcase girl on a game show “Deal or no Deal”. “I was the ill-fated number 26, which for some reason no one would ever choose. I would end up standing up there forever in these terribly uncomfortable and inexpensive five-inch heels just waiting for someone to pick my number so I could go and sit down.” 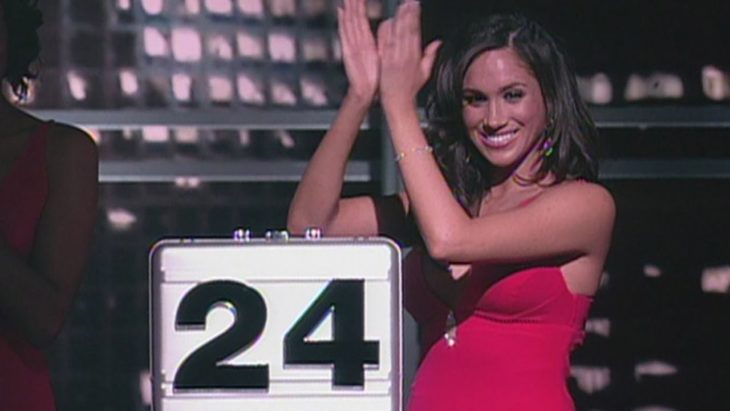 “I think handwritten notes are a lost art form.” Meghan liked this a lot, and she “always had a propensity for getting the cursive down pretty well.” She did wedding invitations for Robin Thicke and Paula Patton, and Dolce & Gabbana’s celebrity holiday correspondence. 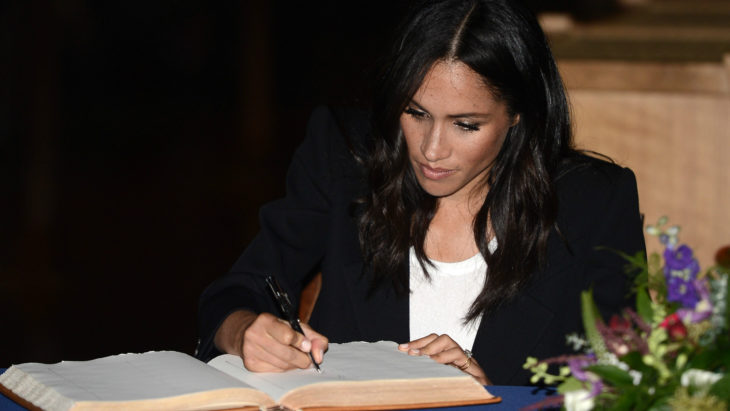 Her character on “Suits” earned her the star status. The former actress spent around eight months per year in Canada, as the shootings were in Toronto. She rented a home in Seaton Village in Toronto, and hanged out with Jessica and Ben Mulroney.

She met producer Trevor Engelson in 2004, and they dated for six years. They got married in Jamaica. As a long distance relationship did not work, they divorced in 2013. 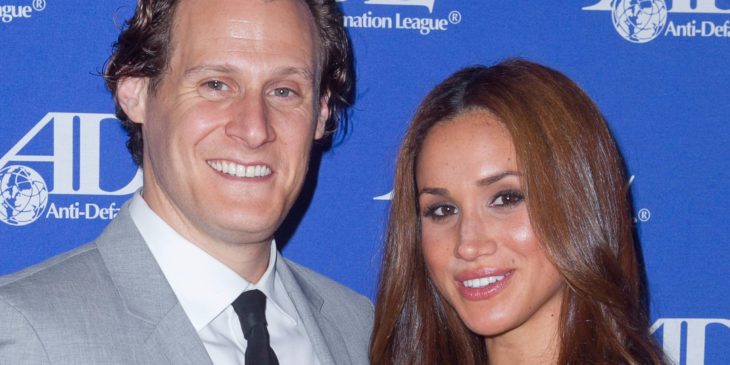 She revealed to Esquite that the cast was very close, and spent weekends and holidays together. “Off-camera, there we are just playing Apples to Apples and drinking Scotch into the wee hours of the night.”

Her other must-watch shows are “Girls” and “The Newsroom”.

Since the royal family only exposes themselves enough for philanthropic reasons and charities, Meghan had to stop sharing her travel, fashion, food, and beauty thoughts online after her royal wedding. Her goodbye message still stands on the homepage. 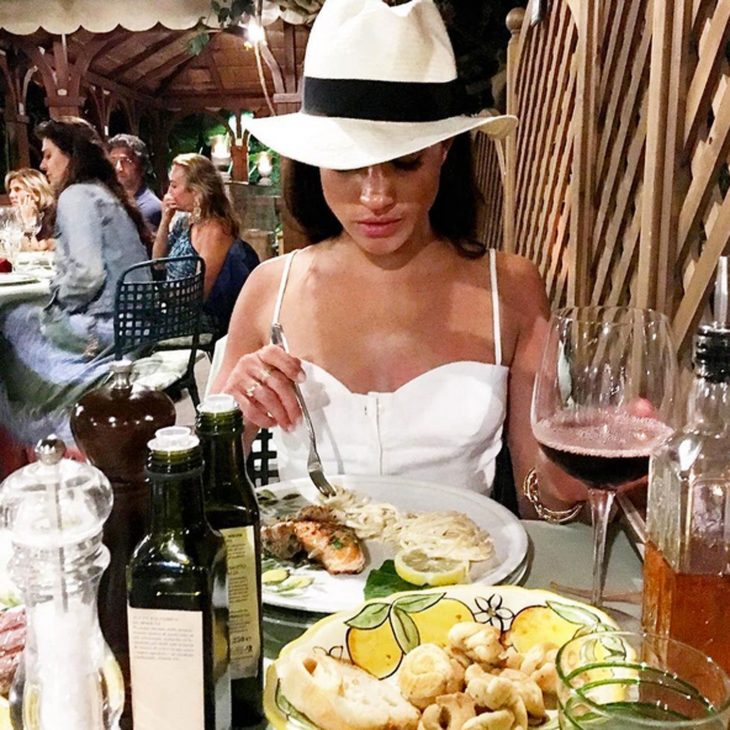 “When I had my car brought out [to Canada], I shipped my Vitamix in the backseat. It was one of the things where I was like I cannot travel without my Vitamix. It’s like a commercial at this point. But I use it every day for pestos or shakes.” She loves this blender.

She wrote in a post, “At the end of a long day, there is nothing I enjoy more than a glass of wine. I used to be of the ‘it doesn’t matter, so long as it’s red’ persuasion, but then I grew up, and so did my palate.” 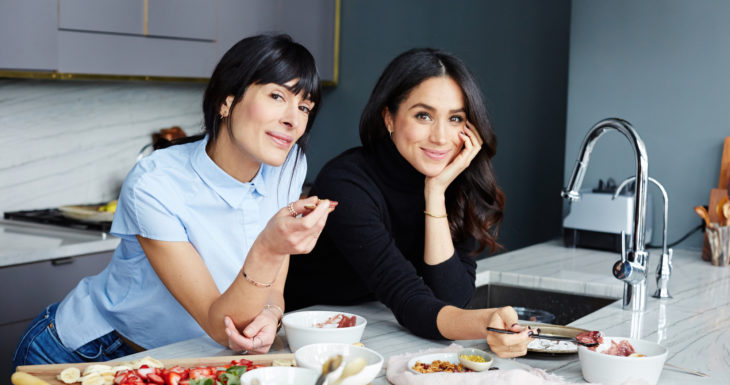 As it can be seen here, she had many side jobs. Except blogging, calligraphy and acting, the Duchess of Sussex also worked with Reitmans, and released a collection with them.

She had famous friends even before marrying a prince. She met Serena at the Celebrity Beach Bowl in 2014. She said they  “hit it off immediately, taking pictures, laughing through the flag football game we were both playing in, and chatting not about tennis or acting, but about all the good, old-fashioned girly stuff. She quickly became a confidante I would text when I was traveling, the friend I would rally around for her tennis matches, and the down-to-earth chick I was able to grab lunch with.” 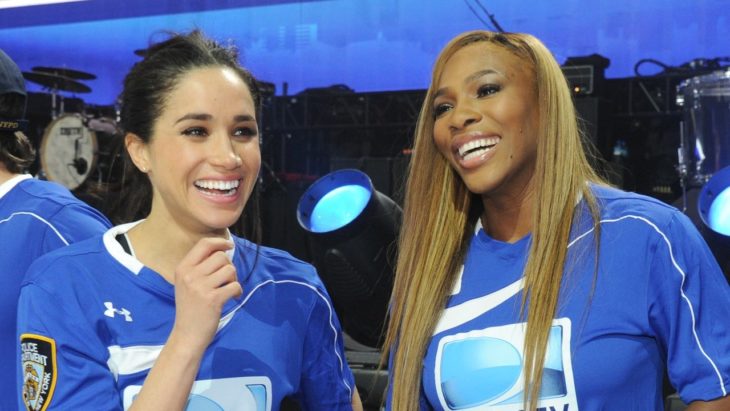 Meghan and Priyanka met at ELE Women in Television dinner. She said they “bonded as actors”, and “became friends like regular two girls would”.

Both of them came to her royal wedding, as well as Amal Clooney and Oprah.

Daily Mail reports that the famous English footballer Ashley Cole wanted nothing more but to date Meghan back in the day. However, her friends warned her that he was a womanizer, and she decided against it. Before she started her philanthropic duties in the royal family, Meghan would help many soup kitchens in Toronto and Los Angeles alike. She also worked with and helped the One Young World, a nonprofit organization, as well as UN’s Women’s Political Participation and Leadership initiative. In addition, Meghan supported World Vision, and after one visit to India as a part of their efforts, she wrote a piece that Time published in 2017.

Was It a Mistake Taking Prince George Home After Birth?