Planet Earth has provided us with millions of amazing landscapes and views that simply cannot be recreated. These nature-made and magical wonders are one of the most beautiful things in this world, but which of those millions of wonders can be labeled as the most amazing one? Well, considering how many of them are there, you simply cannot choose just one, but if I had to, I would definitely pick the Niagara Falls.

This group of the three huge waterfalls that connect Canada and the United States is a sight that cannot be compared with anything else. The largest of these three is the Horseshoe Falls which is considered to be the international border between the two countries. The other two, Bridal Veil Falls and American Falls are both in the United States, so if you are in Canada and want to see these two you will have to enter American land.

During the day, more than six million cubic feet of water go over the three falls combined. And the Horseshoe Falls is also considered to be the most powerful one in entire North America.

But you probably knew all of this, so why don’t we get into a bit more peculiar information about this world’s wonder.

1. We can shut them down 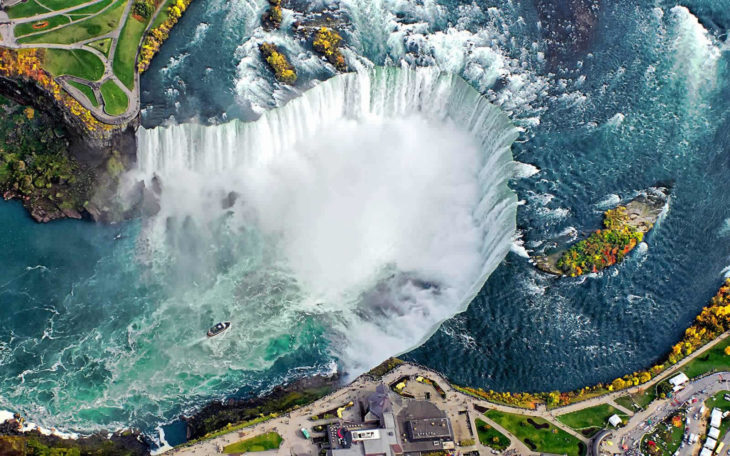 It is simply amazing to think that humans have the power to stop the force of billions of liters of water. In 1848 there was a situation when a huge chunk of ice that managed to block the source of the river to a point in which the water levels of the riverbed dropped to only a few feet which gave the ability for people to freely walk through the river.

Today, that’s nearly impossible because the force of the river will push you so hard that you will never be able to get back onto the shore and you will end up reaching the falls.

However, the New York state has plans to dry the riverbed once again because there are several bridges that need to be unplaced. They are considered to be dangerous for people crossing it, but they cannot be worked on if the river is not slowed down or stopped.

2. Niagara has been a tourist attraction since the 19th century 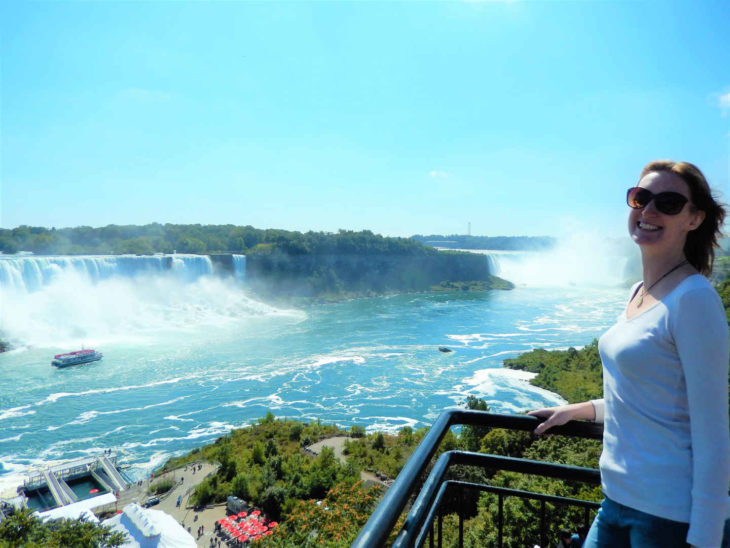 The first bridge through the falls was built in 1848, but before that people had no way of passing through the river other than with a ferry. Even since the 19th century, the Maid of the Mist ferry existed back then to offer people rides, but after the creation of the bridge, the ferry had to find another use.

The Maids have decided to turn their ferry into a sight-seeing tool and have been running this tour for more than 150 years. It is simply amazing to consider how long this tradition has lasted.

3. They will end someday 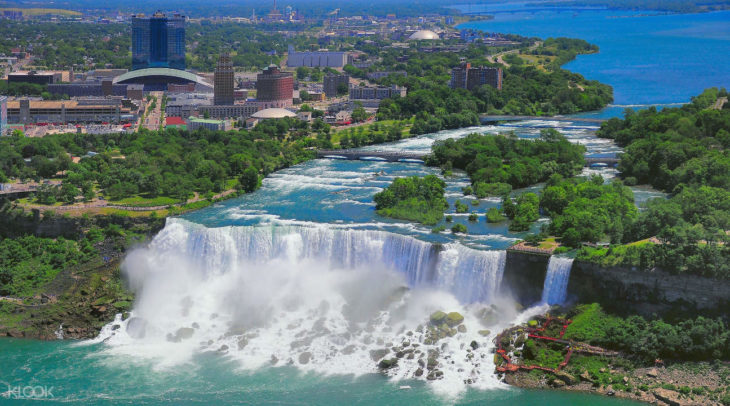 Just like everything else in the universe, the waterfalls will have to come to an end one day. It is well known that they used to erode about a single meter every single year, but that has been reduced to only about a feet a year. This shows us just how much the power of the waterfalls is constantly reducing. Just imagine that 10,000 years ago, the river rushed at least twice as fast and the power of the waterfalls was much higher. So, in about 50,000 years, if humans manage to avoid extinction, we will witness a complete erosion of the falls.

4. You can get up close by Boat 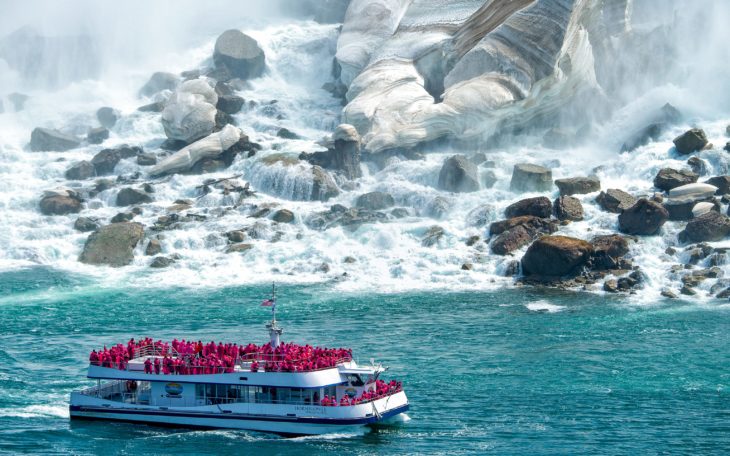 A lot of people do not know this, but you can actually get onto a boat and enter the mist created by the huge drop of water. You can check out royalniagaratours.com to find the prices of the various Niagara Falls Tours and Niagara Day Tour you can choose from.

5. They produce an amazing amount of energy 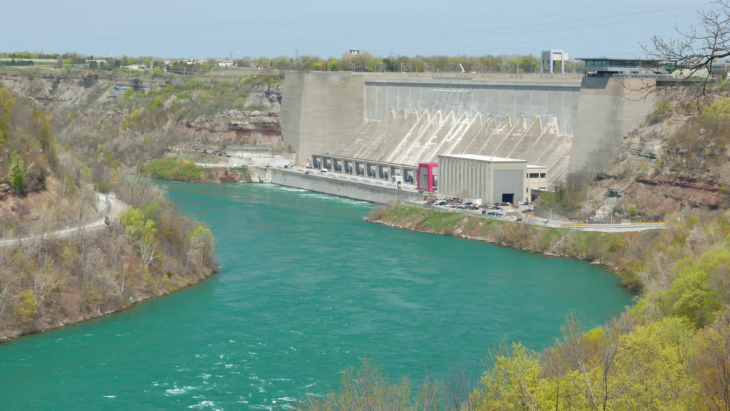 Even before the time we had any useful knowledge and information about electricity, people understood that we could tap into the energy of the river. The first electric generator at the Niagara came into play in 1881 and was used to power street lights and factories that were local to the river.

However, after the first power station was built to bring energy to the New York State, the government has constantly been working to use up all the potential of the waterfalls. Today, it produces enough electricity that powers a big part of New York State. 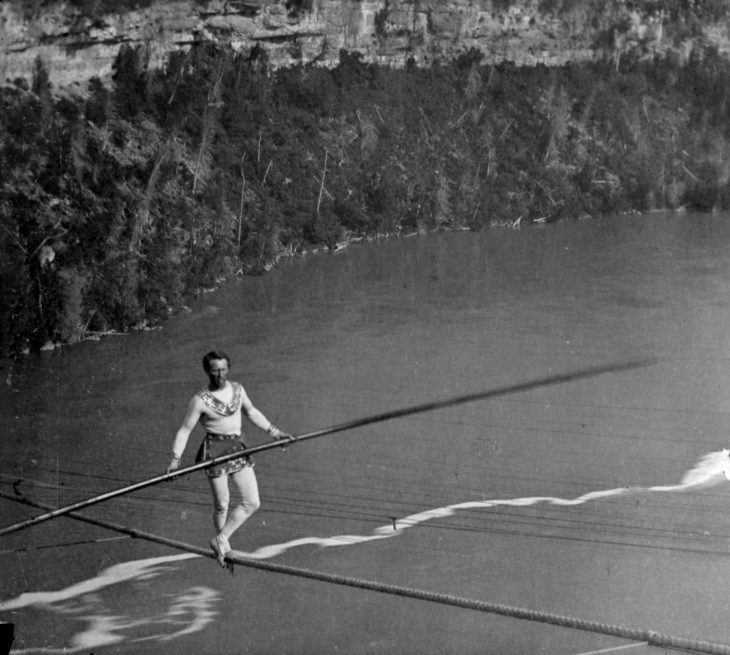 Just the idea that someone has walked over the Niagara is a crazy and an impossible thought, but in 1859, Charles Blondin did that more than once. And he didn’t just do it with his feet, he placed a 1,000 feet long over the river and walked on it. After he did it once, he came back to do it a few more times in a lot more dangerous and extreme ways. He came back with a wheelbarrow, other times with stilts, he even carried his own manager over the rope.

This man is the only person who has attempted such a thing and succeeded. He will remain as a legendary phenomenon that will never be forgotten. 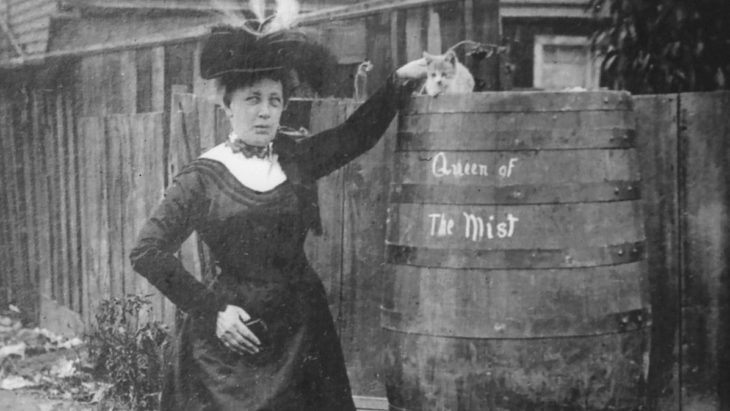 Some people in this world simply do not care about life or death and will do the most extreme feats to become famous or to experience high levels of adrenaline. The first person who decided to stick herself into a barrel and to drop over the Niagara Falls was a woman called Annie Edson Taylor. Shockingly she survived as did the 14 other people who tried the feat after her.

8. You can see them from Toronto 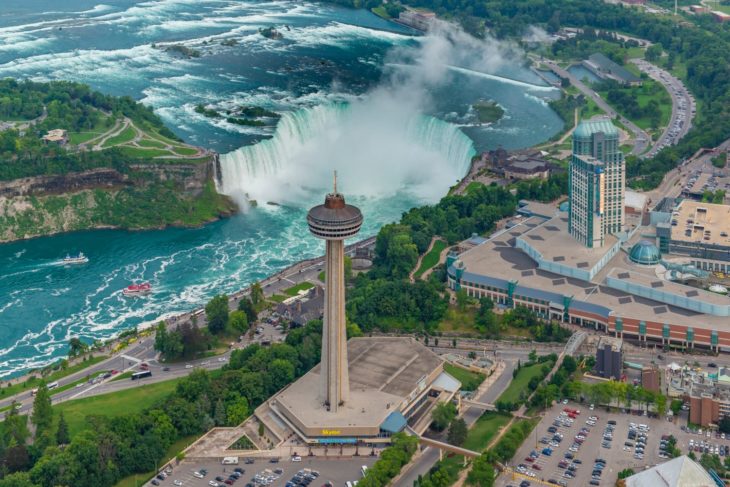 The water from the Niagara creates a mist so big that can be seen from most tall buildings in the city of Toronto. Just get a room at one of the tall hotels or from the CN Tower and you will be able to see the cloud of mist forming above Niagara.

9. Marilyn Monroe made them even more popular 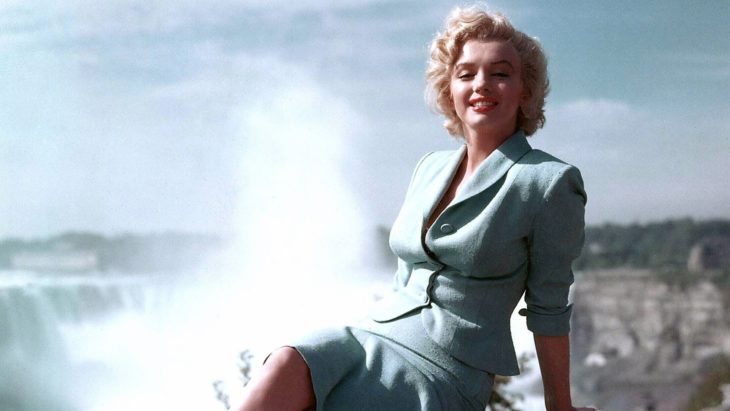 You probably already know this, but Marilyn Monroe was the biggest Hollywood star in the world in the 1950s. After her famous movie Niagara movie, the waterfalls gained a lot more traction which is why it is such a popular tourist attraction today. 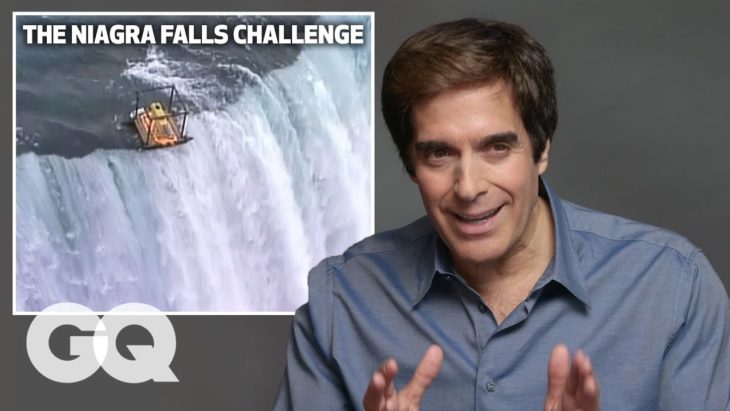 Another incredible feat done was by David Copperfield with his escape magic trick from a burning raft. This is another event that caused an increase in the popularity of the waterfalls.

7 Best Mobile RPG Games you should be Playing in 2022