Having eschewed my former maneater ways, I decided that perhaps celibacy (or “manstinence” as I prefer to call it) was the key to rediscovering my focus on the more important arenas of my life. Yet, I was left with a quandary. You see, I really like sex. And I really like having it on a very regular basis. But since I’d decided that I would bring no one else to my bed, I was left with me, my imagination, and a very expensive collection of sex toys.

Now, at the start of my period of manstinence, this plan worked. And when I say “at the start,” I mean the first week. Then shit got really boring, really fast. Even my dirtiest, most involved fantasies of me and Clive Owen meeting up with Ryan Reynolds weren’t quite working for me anymore. I even threw in some hefty doses of Jason Momoa and the one hot guy from my office, and still, I was boring myself. 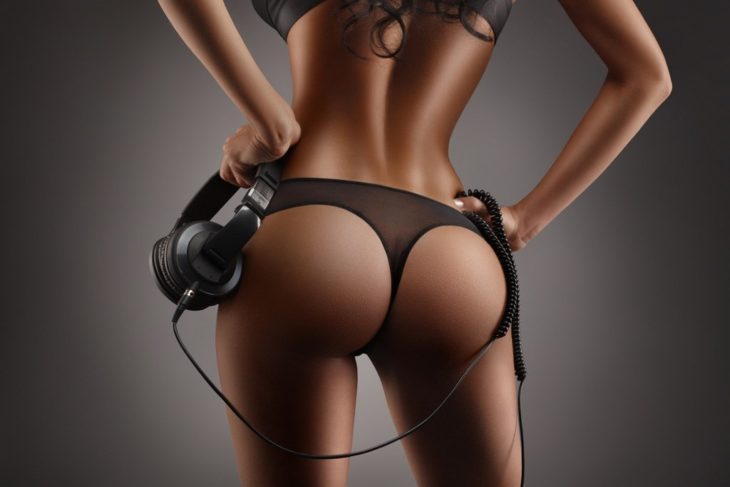 Though, after a few months, the tracks I’d once enjoyed so much were starting to depress me a little, as they clearly represented two people having sex with each other and enjoying it immensely, and here was my sad, sorry, celibate ass just listening in and trying to get off. I needed something else, something more personal. I needed a virtual audio lover to say all the filthy, naughty things I was tired of imagining Clive Owen whispering in my ear. And because it had been so easy before, I assumed it would be easy to find something tailored to my needs. Once again, I turned to Google. 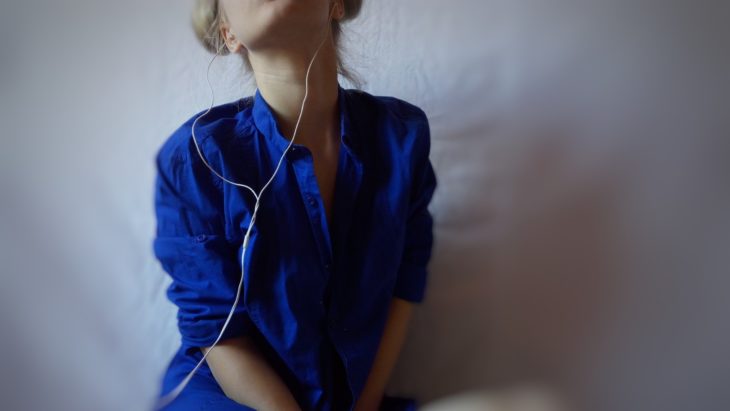 But luckily, I soon found the site I was looking for. It had multiple tracks submitted by various users, and a dubious web-designer (think late ’90s message board), but I quickly found tracks recorded by a hot-sounding Irish man going by the name of “Gael.” He had only recorded a few, and the scenarios were pretty trite, but just the sound of his voice and his realistic moans and sharp intakes of breath were enough to work for me. He actually sounded like he was enjoying the whole thing, and even screwed up a few words here and there to make it very realistic. I had never before considered the term “cum slut” a turn on until I heard “Gael” moan it sweetly to me over my earbuds.

So for now, it’s me, Gael, and a multi-speed vibrator with a “surprise” button to keep me satisfied. But eventually, I know even Gael will bore me. Then I will want some other man’s recorded voice in my ear, groaning dirty,sweet nothings and affectionately debasing me while I get myself off. I already know this will be hard to find, proper search parameters or not. Which makes me think: with all this free time I have now that I’m celibate, I really should be seeking out some men, who have really sexy radio voices, and aren’t shy about reading off a script and making it feel really authentic in the process. This manstinence thing is turning out to be more work than I thought.

The Rare Fetish Survival Guide: 3 Tips From A Woman Who Has One

Don’t Panic! 6 Other Things It Might Be (Besides An STI)