I thought I’d dealt with most of my body image issues before I started dating my current boyfriend. But during the three years we’ve been together, he’s taught me a lot about size, fatness and self-care. How? By being fat and unapologetic.

My boyfriend weighs over 300 pounds, and one of the things I appreciated right away is that he didn’t hesitate to call himself “fat.” Why would he? For him it’s a description, not an epithet. That alone was startling to me, having dated my share of men and women who were far from accepting of their bodies.

I’d like to say I’ve always shared this level of both candor and comfort with my curves, but that’s not true. I can get so hung up on a clothing size that I’ll buy a less flattering but lower number to make myself feel better. I’ve even shied away from attending events when I felt I was simply “too fat” to fit into any of my clothes.

But once we started dating, the kind of fat talk I’d regularly engaged in about myself, usually silently, wouldn’t cut it. Knowing that he’s dealt with actual discrimination because of his size has forced me to ask myself tough questions when I do worry about my weight: namely, what am I really worried about? Is it really about my weight, or about my worth? It’s almost always the latter. When I feel like a failure about my body, that extends into other arenas, making me less enthusiastic about my writing, sure that, somehow, other people are making those same judgments. It’s a vicious cycle, so living with someone who simply doesn’t let himself care about what other people think is a constant revelation.

I’ll be the first to admit that I am vain; when I can’t fit into a beloved outfit I was planning to wear because of my weight, I get upset. Dating my boyfriend hasn’t magically made me okay with my weight’s fluctuations, but what his presence has done it make me feel beautiful in his eyes no matter what, and look at why I might be gaining weight. In his case, I believe it’s genetic; he’s been heavy since a very young age, and didn’t slim down even when playing football twice a day. That’s the way his body is meant to be. 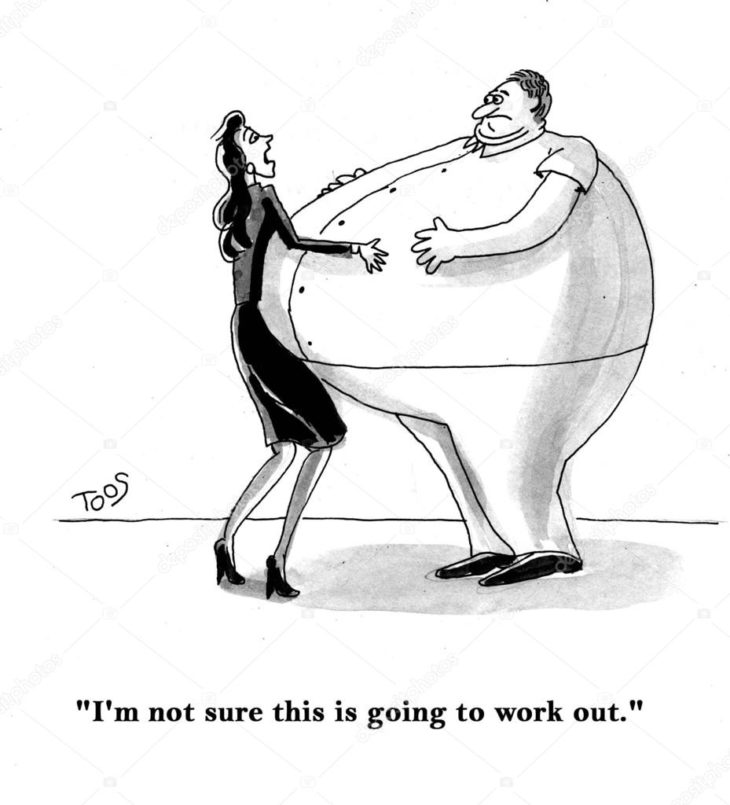 ’m an emotional eater. When I get bad news, I want to soothe myself with salt. That’s something you can’t hide when you live with someone, nor would I want to. The fact that he knows I have trigger foods, like potato chips, means he won’t leave them in the house, but also that when I do have a binge eating episode, he is kind about it. Rather than berating me, he lets me talk it out and devise ways to not go down that path next time. Contrary to what you might expect, he doesn’t reward himself or commiserate with food, and doesn’t want me to either. He’s helped me nip my wallowing in the bud, offering positive suggestions like walking, yoga, and meditation.

My boyfriend doesn’t “care” about my weight in the sense of wanting me to be a certain size, but he does want me to be healthy. If I suddenly gained 20 pounds in a month for no apparent reason, he would ask me about it, but not in a menacing, shaming way. I didn’t know it was possible to differentiate those two, since I’d always experienced comments about any weight gain as a negative. We live in such a looks-focused world that those became intertwined in my head, and that’s a dangerous outlook because it leads to me wanting to stay in bed all day when I feel “ugly” or “heavy.”  He’s able to navigate that fine line of helping without butting in because he knows my body issues are more complicated than his.

When you date a fat person, their size quickly becomes an “issue” for other people in your life. I can’t count the number of times I’ve been asked if he’s “working” on his weight. The answer is no. He’s working on living his life and doing so in as healthy a manner as possible, one that works for him. Being bombarded with this type of faux-concern has given me empathy for what he and other fat people go through umpteen times a day, and just how unhelpful it is. To these people, being fat can’t coexist with being healthy, and if you truly want to “work on” the problem it can only mean dropping pounds, rather than rationally assessing how you move and eat. 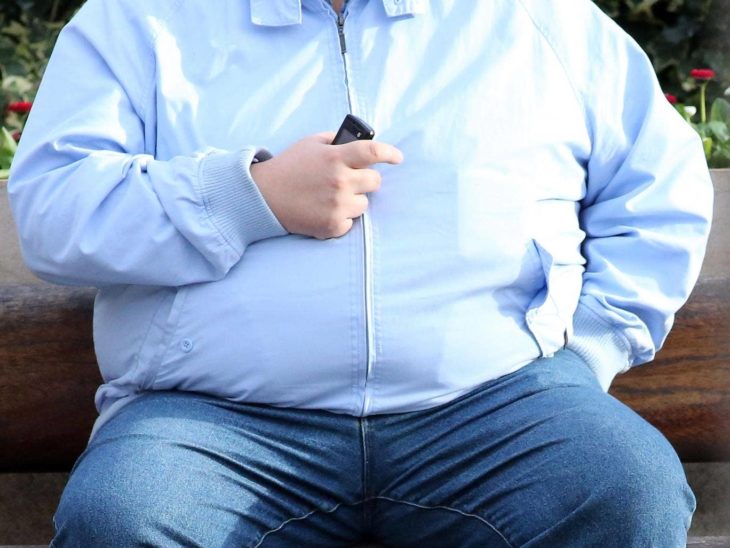 I learned in the first months of our relationship that size and nutrition aren’t necessarily correlated, even though our culture wants us to think that if you eat “healthy” you will magically transform into our thin ideal. We don’t eat an organic, vegan, totally clean diet, but, contrary to the stereotypes about fat people, he isn’t gorging himself on junk food 24/7. In fact, he’s the one who looks at labels more closely than I do. We do buy organic meat, and have each cut back on foods we found we simply couldn’t resist (his was ice cream, mine was cheese). We each try to eat a balanced diet and to steer our joint meals on an overall healthy path.

Just as he doesn’t get on my case when I stray from my overall healthy eating, I don’t try to tell him what to put in his mouth. I do, however, try to get him to expand his meat and potatoes palate, and because he loves to cook, he’s open to it. Whereas I can’t get enough of leafy green vegetables, he’s much more picky. So we experiment; I’ll bring him recipes, he’ll cook them and be open to tasting them, giving me his honest opinion. (Most recently, this was a yes on falafel loaf, a no on garlicky bok choy.)

If I felt like he didn’t care about his health, that would be a red flag. But he does; he just isn’t trying to alter his body to meet society’s standards. If I could wave a magic wand and make him drop 100 pounds, I would, not because I want him to conform to those standards, but because I think it would make basic bodily functions like walking easier on him. But since the only magic wand I have at my disposal is my vibrator, all I can do is appreciate him for who he is, inside and out, and try to do the same for myself.

Make It Stop: “My Friends’ Social Media Updates Are Making Me Depressed”