There’s no doubt that the mobile phone industry is one of the most successful ones out there. And in the past few years, it had an amazing rise in growth. Almost everyone on this planet owns a smartphone, and that alone is enough to show you how significantly important they have become in our everyday lives. It wasn’t too long ago when people couldn’t even imagine having a wireless telephone that can be brought with them anywhere they go. Fast forward a few years, and we have these ultimately smart devices that help us in our everyday tasks and take more realistic pictures than the one we can see with our own eyes. What we think of as “The Future” will come much sooner than we think. And that’s why we created this article for you. Today we’re covering the future of the phone industry and what to expect in the next couple of years.

One of the biggest reasons people use smartphones is because they can really help with some of our tasks. The phone industry realized that and is focusing on making them even more helpful than they are right now. According to technology and innovation experts, future phones will be something that they call “Remote controls for our lives”. Others are even more radical in this and say that smartphones in the future will literally run our lives for us. There’s no doubt that technology is advancing with the speed of light and new ideas are being developed every single day. If you’re an innovator, consider getting patent protection before someone else claims your idea or innovation. 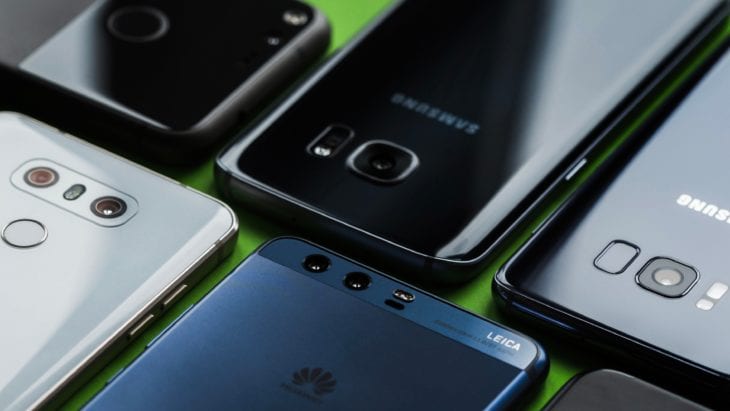 Remember that time when you watched a sci-fi film, and every gadget they used had a holographic screen? Well, believe it or not, humanity is not really far away from this. There are rumors about prototypes that already use holographic screens and just need to be perfected before they see the light of the market. Even back in 2014, there were beliefs that the iPhone 6 will have holographic functions, so there’s definitely something going on here.

Flexible frames are also something that the phone industries are mainly focusing on at the moment. Smartphone innovators want to create a phone that’s so flexible, it can be folded in two by its user. A prototype for something similar to this was the Nokia’s morph phone that was announced and showcased back in 2008.

There’s no doubt that sooner or later smartphones will serve as learning tools even more than they do now. With the speed of which technology is advancing, in a couple of years, we’re definitely going to see apps that will mainly focus on learning things that kids and teenagers learn at school. And they will be real popular for sure. The development of technology and inventions is really something that drives humanity forward, and we should be ready to expect some brand new groundbreaking inventions with each year that goes by.

Biggest inventions in the car industry