Looking after your teeth is very important as research has connected your oral health with your overall health. This is one of the reasons why regular visits to a dentist are essential. It doesn’t matter if you use a dentist in Alexandria such as sydneyparkdental.com.au or one in Sydney, as long as you find a dentist and see them at least once a year.

The Issue of Bleeding Gums

Bleeding gums can be caused by brushing too hard, this is a surprisingly common issue. If you do brush too hard you’re going to need to take steps to ease up the pressure.

One way of doing this is to use just your forefinger and thumb when holding your toothbrush, this reduces the pressure you can place on the brush, allowing you to remove plaque from your teeth without damaging the gums.

In theory, this should stop the bleeding.

However, it may not. Bleeding gums can be a sign of periodontal disease, also known as gum disease. In fact, brushing too hard doesn’t just cause the gums to bleed, it actually damages them and exposes more of your tooth, allowing bacteria in and increasing the risk of cavities, or gum disease!

What Is Gum Disease? 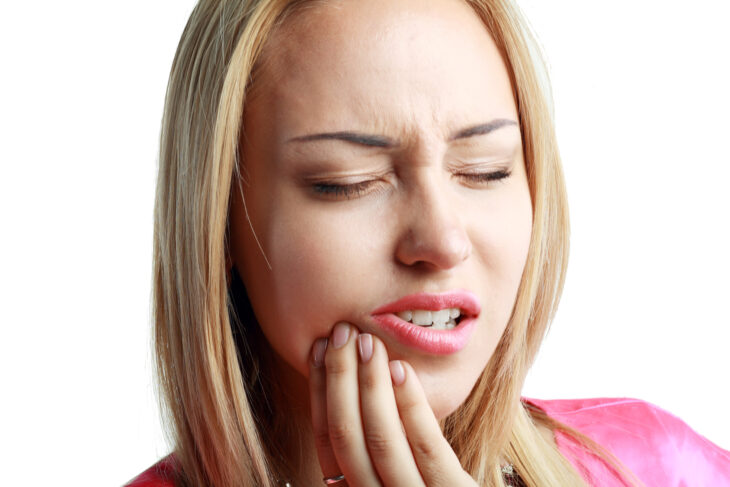 Gum disease is initially mild, if diagnosed at this point it is comparatively easy to reverse the process and repair the gums. In the early stages of gum disease, it is often referred to as gingivitis.

In simple terms, plaque is often allowed to build up along the gum line, that’s where the tooth and the gum meet. When this happens the bacteria in plaque will cause your gums to become inflamed as they fight against the bacteria. This inflammation causes the gums to become shiny and smooth, potentially looking a little larger than normal. You’ll feel the irritation in your mouth and this should prompt you to visit your dentist as soon as possible.

Your gums are likely to be darker than usual, they will bleed when you brush them, they may feel tender, and they are likely to be receding. Of course, receding gums can be caused by brushing too hard, starting the process of gingivitis from a different direction.

If the plaque that collects on your teeth daily is not removed then it turns into tartar. This then hardens under your gumline, protecting the bacteria inside it and allowing them to attack your teeth and gums. You won’t be able to remove the plaque because the tartar will protect it, only a dentist can remove it for you.

The longer the tartar sits on your teeth and gumline the more irritated it will all become, increasing the damage done and potentially making it harder to reverse the damage.

Gingivitis that is not treated promptly will become worse. As the gum becomes more inflamed and the bacteria start to attack the surrounding tissue. It can even attack the bones. Over time the bone will be destroyed, leaving your tooth loose and likely to either fall out or need to be extracted.

It is worth noting that the bacteria that causes gingivitis can even get into your bloodstream through the gums and then cause respiratory and cardiovascular issues.

There is no reason that anyone in developed countries should have advanced stages of gingivitis, regular checkups can catch the symptoms in time to reverse them. The discomfort of a trip to the dentist once or twice a year is far less than the pain of bleeding gums, tooth loss, and even ulcers. 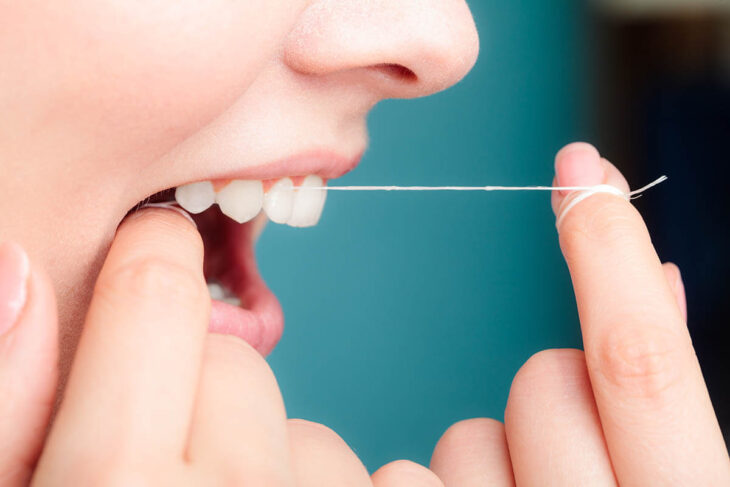 When you have gingivitis you are in the early stages of gum disease. A visit to the dentist will allow them to scrape the plaque away from your teeth and insect the gumline. Removing the plaque will stop the gum disease from getting worse and allow it to reverse, leaving you with healthy gums again.

But, if your gums are receding then it is likely that the plaque will simply build up again, causing the problem to appear again in the future.

Your dentist can inspect the gums and potentially undertaking some gum or teeth fillings to help prevent plaque from being an issue in the future. Making sure you brush twice a day and flow daily will help.

That’s why it is so important that you visit your dentist regularly. 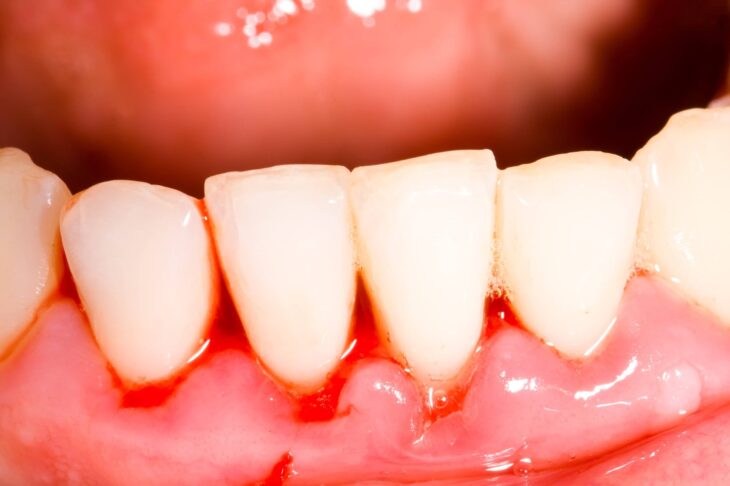 Gum disease can happen to anyone. In fact, 1 in 4 adults is likely to get it at some point during their lives. It is generally associated with poor oral care, although smokers are more prone to getting gum disease.

It’s also common in older people where the gums and teeth are already weakening from age and use.

Other causes include low vitamin C levels and dry mouth. Saliva is very effective at neutralizing bacteria in your mouth if you have a dry mouth the saliva can’t do this job and the bacteria can flourish.

If you’ve had badly done dental work you may also be more at risk, particularly if the teeth are hard to clean properly. Other causes include viral and fungal infections in your body, hormone changes, and medications. Specifically, drugs used to treat angina, high blood pressure, and epilepsy are known to increase the risk of gum disease.

Protecting your teeth is essential to your ongoing health and it is simple to do. Brush your teeth twice a day for at least two minutes at a time. Floss once a day and get regular dental checkups, with extra appointments if you experience any pain, discomfort, or concerns regarding your oral health.

Don’t forget that a healthy diet can help as well. Avoid eating too much sugar as this increases the bacteria in your mouth and the likelihood of the enamel on your teeth being attacked, as well as gum disease occurring.

It’s not just a matter of pride to have your own teeth in old age, it will actually help you to enjoy old age!

How Much Do Lawyers Charge For Car Accident Claims – 2022 Guide