Import toys are now but a click away thanks to the internet, and it hasn’t taken toy collectors long to realize that Japan is truly where all the good stuff is. Aimed the older collector, Japan’s figures often sport sharper molding, better articulation, and just generally have far more to offer than their Western counterparts. But while Japan certainly has plenty to offer in terms of variety, one company’s name tends to pop up more than others. With over 50 different toy lines to their name, releases from some of the biggest franchises in the world, an Akihabara showroom, and their own annual event, Bandai Tamashii Nations has quickly established itself as the dominating force in Japanese collectibles. But what is it that makes these toys so special? You can check out Curibo to see some of the great toys they have on offer, but if you need a little more convincing, here’s five reasons why Tamashii Nations should be a part of everyone’s collections. 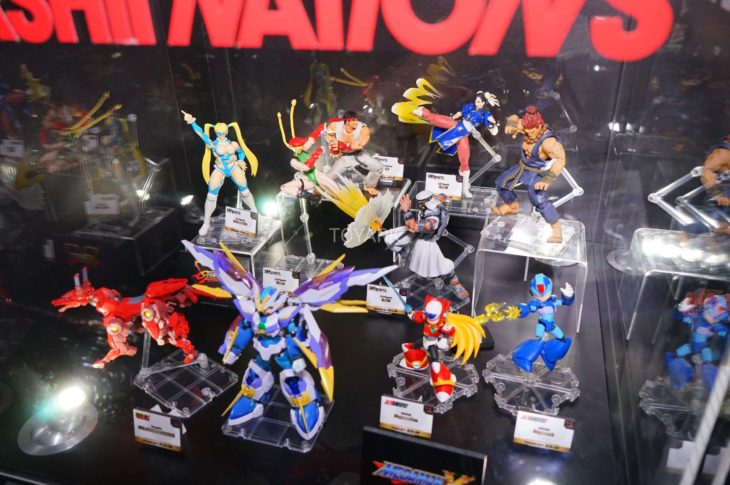 Once upon a time, Bandai was best known for mecha and model kits, and while that’s still undoubtedly a huge part of their repertoire, they also have some much more to offer. With the sheer amount of products, all of which come at a variety of different price points, Bandai Tamashii Nations produce there’s almost no need to buy releases from any other company! Going back to mecha, for example – the undisputed king of Bandai’s offerings is the Soul of Chogokin line. Huge figures with real shelf presence, complete with die-cast metal pieces and (where applicable) fully transforming/combining parts. Of course, such prestigious items don’t come cheap, and Bandai knows full well that not everyone has the cash or space to collect them – and that’s where alternatives like the Robot Damashii or Super Robot Chogokin lines come in. These are far smaller figures with fewer features but at a far more affordable price point. Perfect for those simply looking for a high-quality toy of their favorite character or mecha! 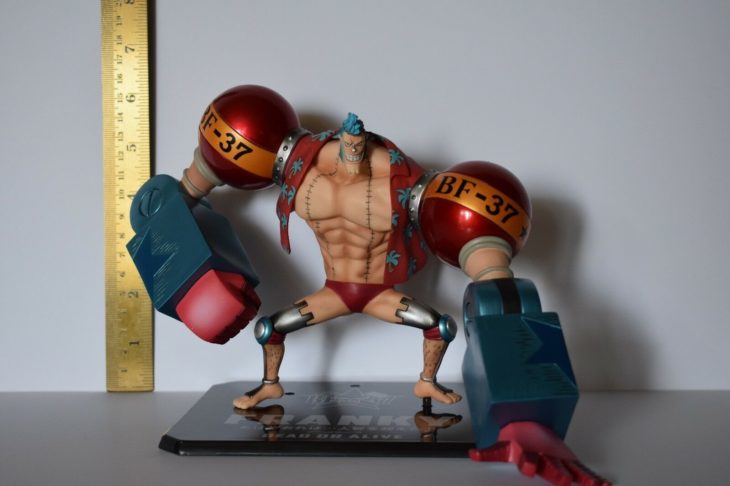 Bandai is the largest toy company in Japan and the third-largest in the world, so they certainly aren’t going to cheap out when it comes to their collector-orientated sub-label. As of last year, every Bandai Tamashii Nations product now carries a holographic sticker of quality – not only marking it as an authentic Bandai product (sadly, there are plenty of fakes out there), but also to assure you that what’s inside is worth the money. Despite covering so many different lines with often very different specifications, Bandai Tamashii products will always have that reliability, so you know that an S.H. Figuarts figure is just as good as a Robot Damashii or Soul of Chogokin product. You can look forward to superior sculpts, high-quality molding and paintwork, unparalleled articulation, and packaging so good you’ll understand why some people keep things mint in the box. 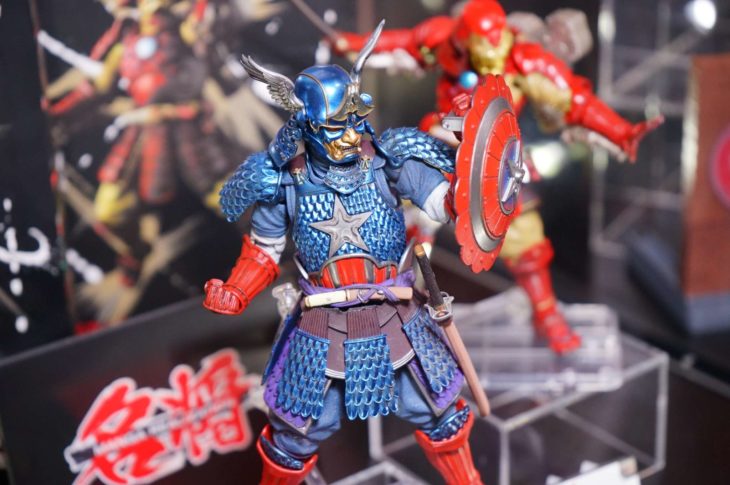 One of the big things that separate Western toy companies from Japanese is one is how franchises largely tend to have a specific line dedicated to only them. For example – Marvel has Marvel Legends, Star Wars has the Black Series, etc. Both may come from the same company, but there are still differences between the two lines that don’t necessarily mean they mix very well. With Tamashii Nations, toy lines are more denote what kind of figure goes where – leading to numerous franchises appearing under the same banner. S.H. Figuarts may have begun life as primarily a Kamen Rider line, but in the years since it’s added the likes of Marvel, DC, Star Wars, Dragon Ball, Sailor Moon, and more to its roster. The result is a line not only where you’re freely able to mix and match your favorites on the same scale, but again you have the assurance that each figure will be up to the same standards of quality. 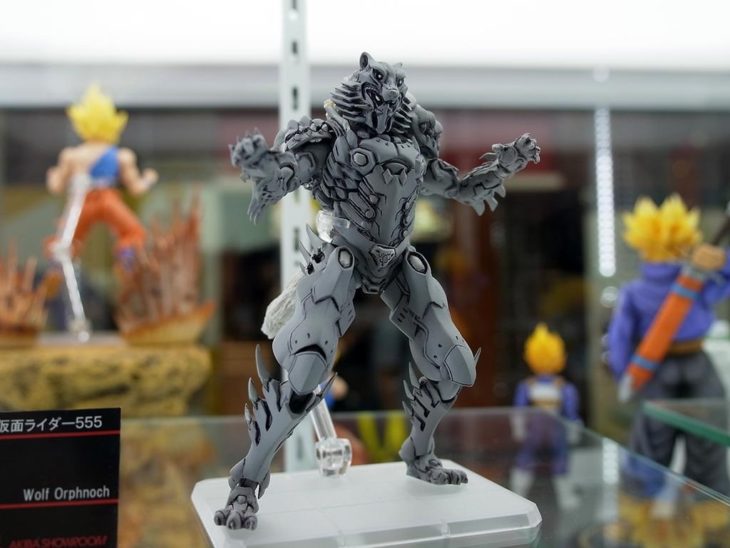 Poseable action figures are all well and good, but how much can you really do with them if their hands are stuck in one pose, and they only come with one accessory? This is a problem you’ll rarely ever have with a Tamashii Nations product, particularly the S.H. Figuarts line, where releases will often be loaded with as much as possible. Multiple hands at the very least are a staple of the line. Still, you’ll also usually get various weapons, effect parts (look no further than the Robot Damashii Gundam A.N.I.M.E. range to see how good they can be) and maybe even that random item from some forgettable episode that the character used for all of 30 seconds. Sometimes it’s just as fun being surprised at what the figure comes with as it is getting the figure itself!

And if that isn’t enough to bring your display to life, they also offer a separate series of effect parts compatible across their various brands! Including flames, lightning, waves, rocks, and even aura blasts (perfect for those Dragon Ball figures), once you purchase these, your shelf will never look the same again. 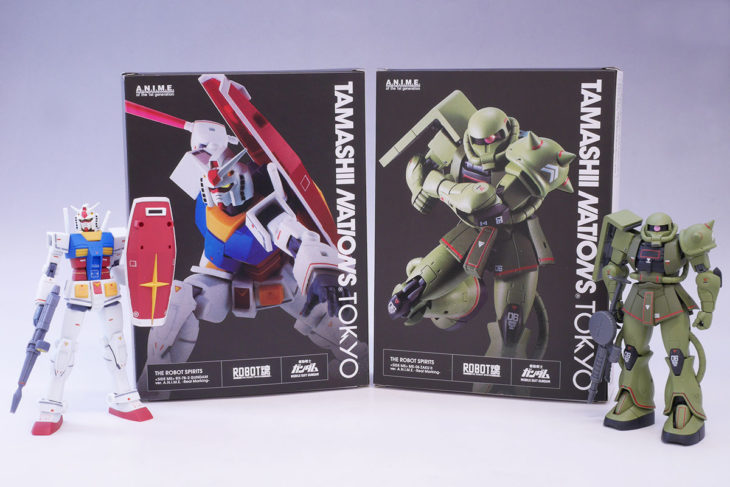 Of course, for collectors outside of Japan, this last point is undoubtedly the most significant of them all. Slowly but surely more and more Tamashii Nations products are being distributed outside of Japan, and at comparable prices no less. The push started thanks to efforts from distributors like Bluefin Brands in the US. But more recently, this has stretched to the UK and Europe thanks to the great work from Cosmic Group UK. Sadly there are still some things that fall through the cracks (Hasbro’s hold over the Star Wars franchise blocks Western distribution of their S.H. Figuarts range), but it’s meant that popular items like Soul of Chogokin Voltron, the Metal Build Evangelion Unit 01 and the Marvel Cinematic Universe Figuarts have been far easier to obtain. With many of Tamashii Nations’ best releases in 2019 right at our fingertips, there’s no doubt that 2022 is going to be even better.