Will Bernie Sanders Be Hillary Clinton’s Vice President? Here’s Why It Is Not Very Likely

After a months-long contentious battle with Bernie Sanders, Hillary Clinton became the undeniable presumptive Democratic nominee after big victories in Tuesday’s primaries. Sanders was hoping a boost from California would keep him in the race, but Clinton won the state with 56 percent of the vote, according to The New York Times. As loyal Sanders supporters mourn the loss of their fearless leader (though he won’t officially drop out), many voters are wondering if he’ll join the Democratic ticket in another way. However, it’s not likely that Sanders will be Clinton’s vice presidential running mate.

Although Clinton hasn’t so much as hinted at who she’ll choose to join her ticket, speculation has been circling since it became likely that she would clinch the party’s nomination. Back in May, Sanders left the possibility of being her VP open without directly expressing interest. After the expected explanation that he would focus on winning the nomination and ensuring that the party’s ticket had “a progressive platform that the American people will support,” Sanders told CNN’s Wolf Blitzer: “Certainly Secretary Clinton and I can talk and see where we go from there.” So, he’s not completely opposed to the idea, or at least he wasn’t in May. 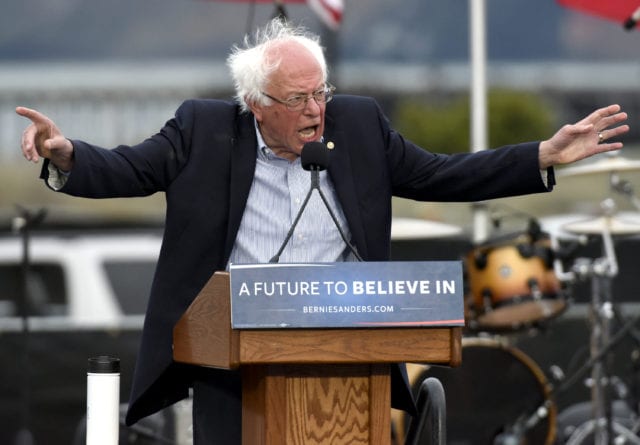 Despite his ounce of willingness to take on the role, Clinton isn’t expected to ask him. A Clinton-Sanders ticket would help unite the two fractions of the Democratic party that have been tirelessly competing throughout the primary race, bringing Sanders’ supporters over to Team Hillary. However, that strategy could backfire and further alienate some Sanders fans, as their beloved anti-establishment candidate would be joining forces with the Queen of Establishment Politics.

Clinton will probably win over Sanders supporters on her own anyway, just as President Obama won over her loyal fans in 2008 — a whopping 38 percent of 2008 Clinton supporters in North Carolina said in exit polls that they would vote for John McCain over Obama, and then Obama won the state in the general election. In the same way, the Bernie or Bust movement is bound to back Clinton once the reality of a potential President Donald Trump sets in.

The self-described democratic socialist also wouldn’t help Clinton win over Independent voters who are undecided between her and Trump. Sanders is more liberal than Clinton, so people in the middle wouldn’t suddenly flock to the Democratic party because of him. Vice presidential nominees need to attract voter demographics that the presidential candidate doesn’t speak to on their own, and though Sanders could bring his younger millennial support to Clinton’s campaign, he wouldn’t bring in more moderate voters. 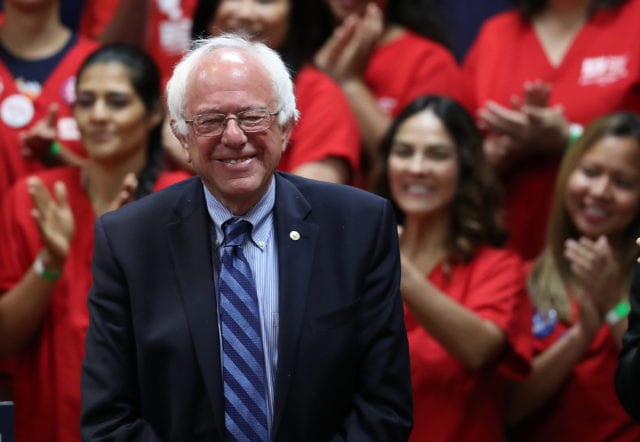 It’s also worth noting that a Clinton-Sanders duo looks pretty old, and some voters and politicians are already worried that Clinton is too old to occupy the Oval. For instance, former Republican presidential candidate Bobby Jindal and Senator Mitch McConnell called Clinton an “old, tired candidate” and “a rerun of The Golden Girls” respectively. Of course, many of these worries are sexist bullshit, as she’s almost two years younger than Trump, but that won’t stop voters from believing it. In this respect, 74-year-old Sanders would only make the Democratic ticket look older.

While Sanders could very well have a place in a future Clinton administration, he probably won’t be her vice president. It might be best for him to keep advocating for progressive reform in the Senate anyway.

The psychological aspect of fashion in the 2022...