”Winning with People is the Best Way to Win” – Sean Lourdes

In an age where wins and successes are measured by the amount of cash, one has stashed away in several bank accounts, an American entrepreneur and philanthropist thinks otherwise. In the last couple of years, he has constantly garnered international acclaim as well as the attention of a growing lot of people as he continues to win with people and in business. For several years, Sean worked for Auge Media, a family business, before deciding to start out on his own.

What follows is an excerpt from a brief interview of the young icon who seeks to spread happiness across the world through philanthropy and mentorship.

So who is Sean Lourdes?

I’d call Sean an entrepreneur who strongly believes in the great good charity can do for our world. As an entrepreneur, I have interests in finance and stocks although I’m currently looking at hedge funds too. Always seeking to grow, run a real estate investment company which targets residents in desirable locations such as beaches or the Hollywood Hills. As a philanthropist, I run The Lourdes Foundation, a charity that seeks to spread smiles across the globe in whatever capacity possible while organizing mentorship for young people through several projects. 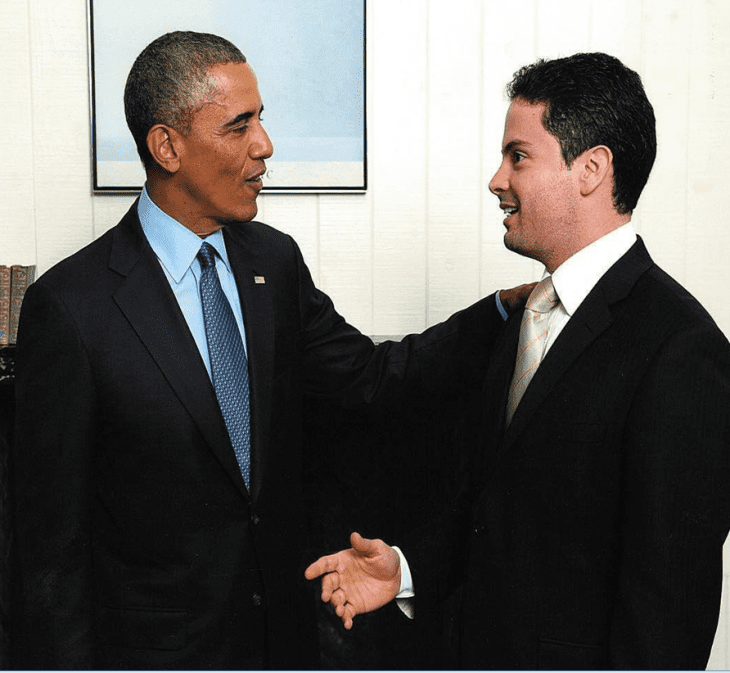 You mentioned real estate, finance, and stocks. Obviously, none of these looks like a brick and mortar business. Why did you focus on these types of businesses?

(Smiles) I have always loved the idea of being able to work from anywhere and at any time; the nomad mode as it is popularly known. So it was only natural that when the time came for me to start a business, I was drawn to real estate and the stock market. Another major reason for choosing this path is that I like to travel. The lure of seeing the world and at will was something I could not resist (Laughs)

For instance, a place like Bali (in India) has arguably the most delicious vegan food I have ever experienced. I literally developed a strong drive for the vegan and futuristic life shortly after my first experiences with a vegan diet. Traveling allows me to explore various cultures too. For instance, there are some places in India where people live in huts made with mud walls and straw roofs. It is also common to see cows roam freely in the streets in some areas. All these experiences helped change my perspective, bring me closer to the peoples of the world and fuel my passion to help others.

What is your relationship with Auge Media and how did it impact your career?

My family has owned Auge Media, a publishing company, for almost 70 years now. They create books that highlight the leaders and positive elements of various countries around the world. Creating these books involves meeting with leaders and celebrities many of whom would eventually get featured in the books. When I came to Los Angeles, I used the skills I learned from working with my family to get into the most exclusive A list parties and events, such as the Grammy’s, Emmy’s, the Oscars etc. Summarily, Auge Media taught me very valuable strategies for connecting with people – strategies that have helped me in business and in philanthropy. 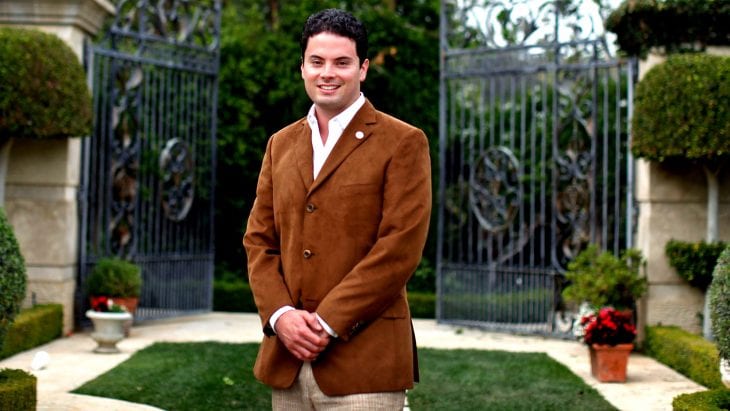 Interesting. Now Sean, do you remember any specific incident where you used your people skills effectively and profitably?

I win with people daily. Every time I make someone happy, I win. Whether I get a favor immediately or later or never doesn’t compare to the satisfaction I get. But I remember one event pretty clearly; it was at Paramount Pictures event. A monk wanted to see former US president, Bill Clinton but no one would give him the chance as there were about just 20 people scheduled to meet him. Instinctively, I let him take my place.

He was so grateful that he set me on the path to meeting the Dalai Lama. I met Lama Tenzin, the Dalai Lama’s right hand, who invited me to the house of His Holiness in India. It was there in India that I asked the Dalai Lama to host my charity event. He came to the US in 2014 and the event was a huge success. One act of compassion led to all of this.

You are known to surround yourself with great men and women. How has this helped your career as a philanthropist and businessperson?

(Laughs) Everyone needs good energy around them. What better way to stay in touch with positive vibes than to stay in touch with winners and industry champions who spread positivity? I have met a lot of influential people since I was born; from former US president, Barrack Obama to Mel Gibson, Selena Gomez, Whoopi Goldberg and a host of other greats. With each new acquaintance, I get filled with the motivation and desire to be more useful to humanity just like most of these greats. 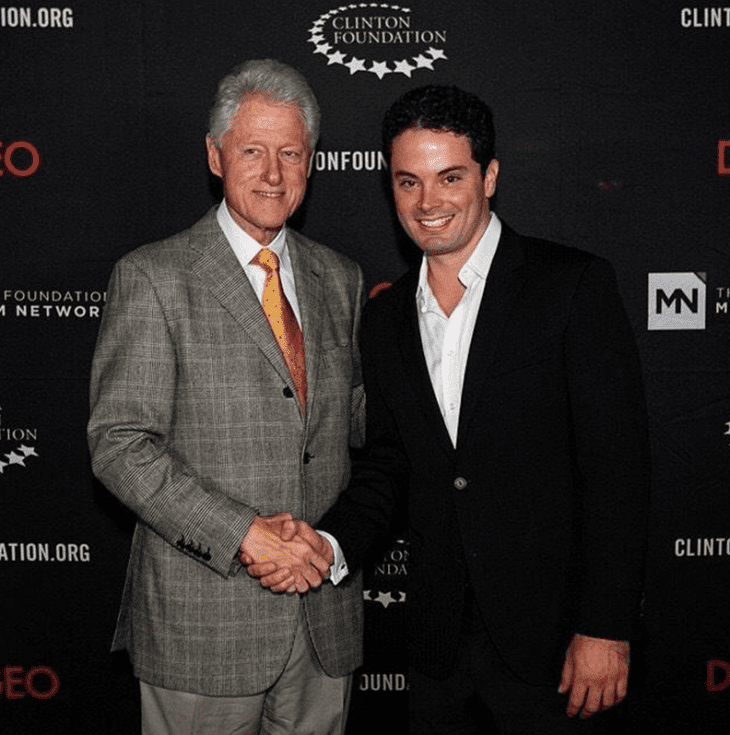 At the end of the day, we all have to be compassionate and charitable in whatever way we can. And sometimes, we need motivation from other people to do this. During my event, for instance, I gave away 5,000 tickets to underprivileged inner-city children. With another charity, we arranged buses that brought them to the event. So, surrounding yourself with people that give helps make you a better giver. You can give anything: money, inspiration, food, books or even a smile. Do you get the idea? (Smiles)

Very certainly. Perhaps this explains the reason you are almost always seen with a warm smile on your face. Right?

Sure. (Laughs). I believe we are living in a world of heaven and hell. If you choose to be positive and your actions are good, you attract heaven and the people who think like this heaven. If you allow everything to be okay, you allow new doors to open; doors that would otherwise remain shut if you stay negative. If you allow doors to open, you will see light at the end of the tunnel and you can get through any darkness. Every time the light shines, a door is ready to be opened. The secret? Bright, positive people lead to these doors.

Your insights will sure help a lot of people out there, Sean. So tell me more about The Lourdes Foundation and what people should expect?

Before my last event with the Dalai Lama, we organized school trips to speak with children at the Los Angeles School districts to discuss entrepreneurship and empowerment. My last event was the biggest one yet. It was a stadium event with over 10,000 people for the first event. The second event targeted a smaller audience; more of a one-on-one setting with the leaders of Los Angeles, including Larry King and Jim Carey.

Though that event was eventually named the Oscar Party of the Year by Vogue, we have plans to exceed even our own expectations in this and the coming years. The people who have benefitted from us are happy. The ones we work with are happy. I am happy too. I guess all we need do is multiply this happiness in the coming months. (Smiles) 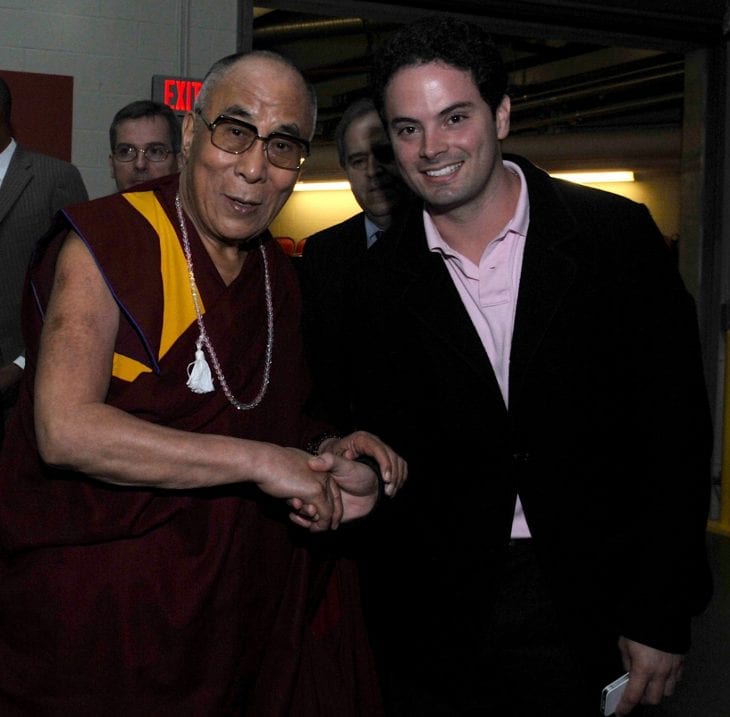 Do you have any advice for young entrepreneurs or people who might want to follow in your philanthropic path?

There is a metaphor for how I think. “If you are positive in a very dark, negative situation, you will attract light. When you allow light to come into a dark situation, what happens? You doors of opportunity open”

So seek mentors in whatever fields you want to pursue. You can do a lot on your own but a lot more with people. When you find the right, positive people, they will become the light that sees you through the darkness till you find doors that open to opportunities. In a nutshell, winning with people is the best way to win because it costs less time and money.

Covert Venture – This Is Not a Game

What Are Bitcoin Wallets?