Typically seen as a “manly” career choice, the stereotype of a lumberjack is being put to the test as more and more women become practicing arborists in Australia. Arborist cares for and promotes the health of trees in an urban environment. In many cases, this means the pruning of large trees on a routine basis or the removal of trees that have reached the end of their Safe and Useful Life Expectancy (SULE) and have become a danger to the public.

There have always been women in trees with the ratio of women to men being about 50:50 as consulting arborists. A consulting arborist specializes in the inspection and risk assessment of a tree and gives recommendations to the council on whether a tree should be retained or removed. They also work closely with builders to present arborist reports for Development Applications where trees need to be pruned, removed or relocated.

Over the last few years, there has been a shift of more and more women seeking the adventure and physical intensity that comes it being a practicing arborist. Tree pruning and removal is tough work, especially during the hot Australian summers. You spend your entire working day climbing vertically up trees with a 10kg or more of ropes and a chainsaw hanging from your harness.

But these women are shifting the paradigm and showing that women do it better. The general lighter weight and agility of the female frame is proving to be very well suited to this particular profession. Australia women, in particular, are dominating in trees as seen recently at the 2019 world tree climbing championship held in New Zealand.

As more and more young women strap on their harness and rev up their chainsaws, they are inspiring new generations of you girls looking to make a difference to the urban forest and tree conservation in general. 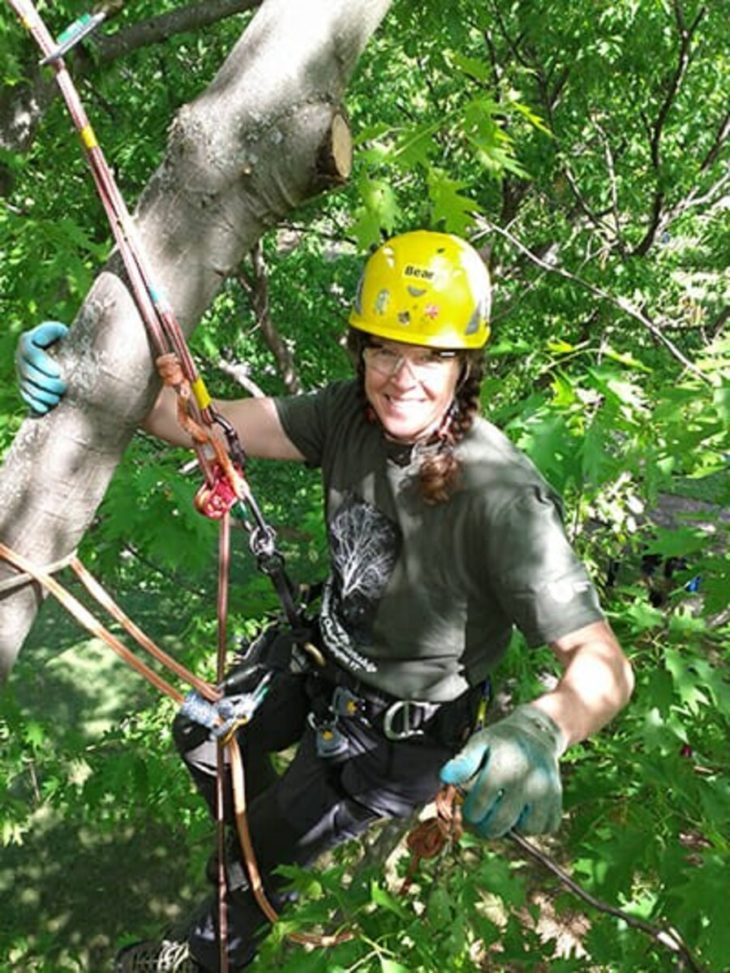 Diversifying any industry brings welcomed attention from new groups which always has a positive effect on the momentum of its progress and in this case progressing the awareness, safety, and techniques for maintaining trees in an urban setting is always welcomed.

The urban canopy cover is just as important to human life as the forests of the Amazon. Maintaining a good canopy cover reduces the heat island effect which means far less power is needed to cool homes. This, in turn, means less “dirty power” from coal-powered plants needs to be produced which means cleaner breathable air for the city.

Various studies have also shown that people are happier with more green spaces in a city. There is something about being around trees that has a soothing effect on people. Just by taking a 10-minute walk in a park with trees around can drastically reduce stress levels and lead to a happier, healthier life.

In the home town champion climber Maja Biaschs, Adelaide in Australians south, there has been a noticeable uptick in the removal of trees across Adelaide, due in part to the relaxed Tree Preservation Order (TPO). This is a surprising fact for one of the greener and more progressive cities in Australia and means the residents face a very different future if we don’t have more capable arborists like Maja looking to make a difference locally and Australia wide.

According to professionals from gotreequotes.com.au, any tree on private property in Adelaide belongs to the community and not the individual as a tree’s benefits are felt by the community as a whole through reducing the heat island effect, purifying the air and attracting native birds. If the tree were to be removed everyone suffers as well so this why it’s so important to have rules surrounding tree removal.

In the cities, TPO residents do not need a permit from the council to remove a tree just as long as the tree’s trunk is no larger than 2.0m in circumference. This is quite a large tree and is alarming trees of this size can be removed without a permit. In other large Australian cities like Sydney, the councils don’t allow any tree with a circumference of 30cm to be removed with first seeking approval. This is less than a 5th of the size. 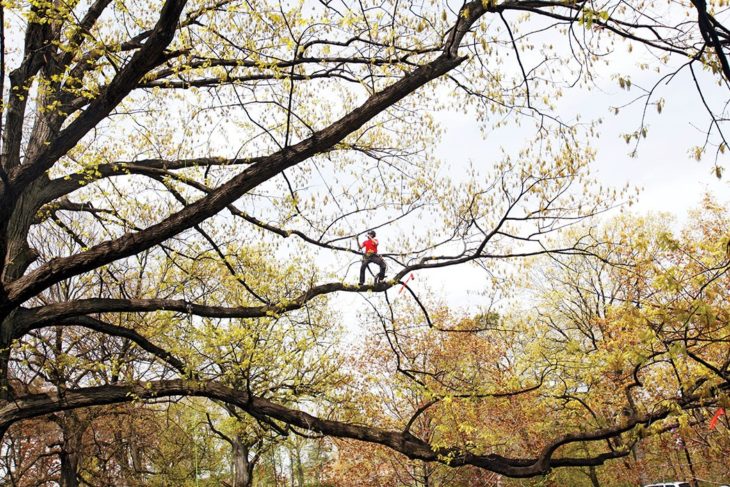 As practicing tree arborist like Maja and Jessica go about their day doing their part to preserve and maintain trees in their respective cities, I can’t help but wonder about the next generation of young girls that are being inspired when they look up and see a role model.

Like Jessica Watson the youngest person to circumnavigate the world in 1993 and get named Australian of the year, or the young Greta Thunberg who is making waves around the world for raising awareness about the climate and working to change the status quo of the way we think about travel and consumption, these industry-changing female arborists are doing more than simply making a living, they are quietly influencing young girls and boys in their neighborhoods, showing them what is possible in their futures.

Just like women in sport influence our children of the wonder woman on the silver screens and billboards around the city, the future for women in arboriculture and becoming respected industry-changing arborists is bright.

The uptick of women taking the lead is refreshing in any walk of life is refreshing, but especially in an industry predominately ruled by men. The old archetype of a big burly bloke, sitting on his oversized lunchbox, tucking into a sandwich at ‘smoko’ will forever be an image of the past.

And as we look beyond just arboriculture and wonder woman, if you are young women sitting there reading this article wishing you could inspire the next generation like Greta, Maja or Jessica, I have some news for you, you can! It’s not always about the big things, nor is it about the amount of noise you make, even just encouraging kids at your school sports carnival to participate by showing them ‘how it’s done’, or by taking the time to share your goals with the future with a younger sister or brother, you will be making a bigger difference than you think.

Make It Stop: “My Sister’s Boyfriend Moved In With Us And It’s Ruining Our Relationship”

10 Reasons Why a Woman Should Smile