Zhong – The Journey from a Small Influencer to an Online Sensation

Living in the digital age has brought innovation to the way we consume information with the advent of the internet especially changing the way people entertain themselves. Over the years, social media has become a hub for entertainment, a global powerhouse that is most likely the most popular entertainment center today.

As such, major platforms have given young and aspiring people a place to express themselves and have allowed them to share their talents with the world, no matter who they are or where they come from. It has spurred on generations of talented minds who have found a variety of innovative ways to keep people entertained.

However, due to the popularity of social media, it is also harder than ever to find success on such platforms. To defy odds, one really needs to bring something different to the table whether it is their personality, content, or both.

One such person is Zhong, an influencer and social media sensation that has gained immense popularity and support thanks to his funny personality and comedic videos. If you have not heard about him before, here are some things to know about this young and renowned influencer. 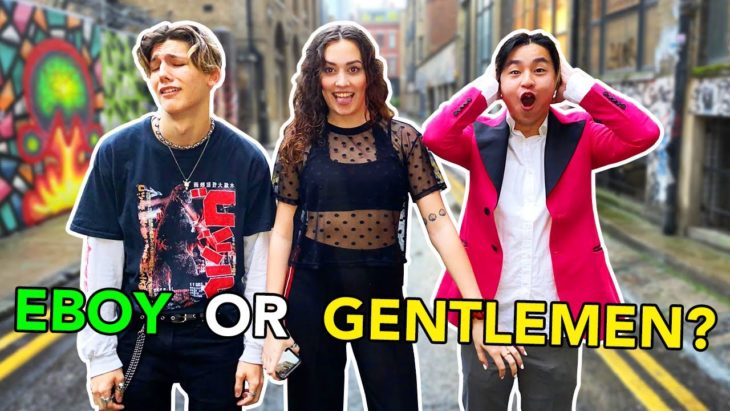 Zhongni Zhu was born in Moscow, Russia on March 14th, 2000. However, he was soon sent to China, to live with his grandparents because his single mother, who continued to work overseas, wanted him to receive a good education. Moving from one place to another his entire life and being the free spirit that he is, he later moved to Sweden, and then to London, not planning to settle down in one place any time soon.

And like many other superstars, he came from humble beginnings since his family often struggled financially, so he never grew up with much. Yet things started taking a different turn in 2013 when Zhu received his first smartphone, an iPhone 4, that would forever change his life.

According to Zhongni, comedy and humor have always been a big and important part of his life. Still, his journey to growth and popularity is a bit different as compared to others, if not unconventional to some. The same year he got his first phone, he discovered Instagram, a service that boasts over 1 billion active monthly users today, and subsequently ‘memes’ – pictures, videos, phrases of humorous nature that are copied and widely spread over the internet.

This sparked his passion and love for these funny pieces of entertainment and prompted him to start his own page known as EpicFunnyPage with the goal of spreading happiness and positivity by sharing memes. Now, this Instagram account has over 17 million subscribers and is arguably one of the biggest, if not the biggest profiles in the meme community, but things were not always as grand or great as they currently are.

Which one would you rather have fall on you? FT. @BangEnergy Follow the inventor @BangEnergy.CEO #EnergyDrink #BangEnergy

In his first year after founding the account, Zhu gained 20,000 followers but struggled to go beyond that. During moments of weakness, he often thought about giving up and moving onto something different. But he persevered and decided to continue running his account while learning and figuring out new ways to grow his following.

One way entailed building a network of Instagram influencers and themed pages to create a community that will help each other grow, something Zhu succeeded in doing, quite quickly at that. This idea was exactly what he needed and before he knew it, he started gaining thousands of followers each day.

His biggest milestones include gaining 1.5 million new subscribers in a single month and 7 million in his third year alone and now, he keeps a steady growth of 20,000 followers per day thanks to his knowledge of the platform’s algorithm.

He continued working with other people, building his connections, and growing several pages in the community for some time, before deciding it is time to try something new.

Although he was hesitant to take a new direction due to seeing his friends struggle, Zhu decided to use all of his accumulated knowledge and experience to build an account centered around himself. With the help of his friends, he started brainstorming ideas and planning things out, before making and posting content on his page.

Thanks to his built network, he was able to push his content through it and gain immense success in an extremely short time. He managed to gain 1.6 million subscribers in the span of 4 months and now has over 4 million with his page still continuing to grow daily.

Known as Zhong by his fans, he creates prank and reaction videos, mostly set in public, on the streets of London. He also enjoys posting hilarious public interviews which are often extremely silly and a bit wild sometimes.

Although he continues posting content on Instagram, Zhong is looking to expand his reach to other places as well such as Facebook and YouTube. He has already created a channel on the video-sharing platform and has smartly used his impressive Instagram following to build an audience of over 243,000 subscribers.

He has also ventured into the world of TikTok, another video-sharing service, where he boasts 1.2 million followers already.

Zhong wants to keep increasing his presence on other social media sites while continuing to make funny and entertaining content for his loyal viewers. He does want to continue growing his influencer size, especially on YouTube, but also hopes to dedicate some of his time to a few side projects he has had in mind.

He hopes that fans will continue supporting him and his content and that people who discover his channel will at least give him a chance.

With over 20 million followers across platforms and despite being just 20 years old, Zhongni Zhu or Zhong is a great example of how dedication and never giving up can take a person far in life. Although it takes time, effort, and hard work, persevering might be the most important thing one needs to find success in anything they do.

Girl Talk: Is There A Statute Of Limitations On Apologies After A Breakup?