Something you may not know about me: I’m really into anything involving cults, save actually being in one. I can’t get enough of books, internet chat rooms where former members meet to discuss their stories, and, of course, movies and documentaries about cults, real or made up. Frankly, I wish there were more movies about cults, but consider this an essential list of the best ones out there. If there’s one I missed that you think is worthy of being on the top 10, please weigh in! Together, we can form a cult of cult obsessives. 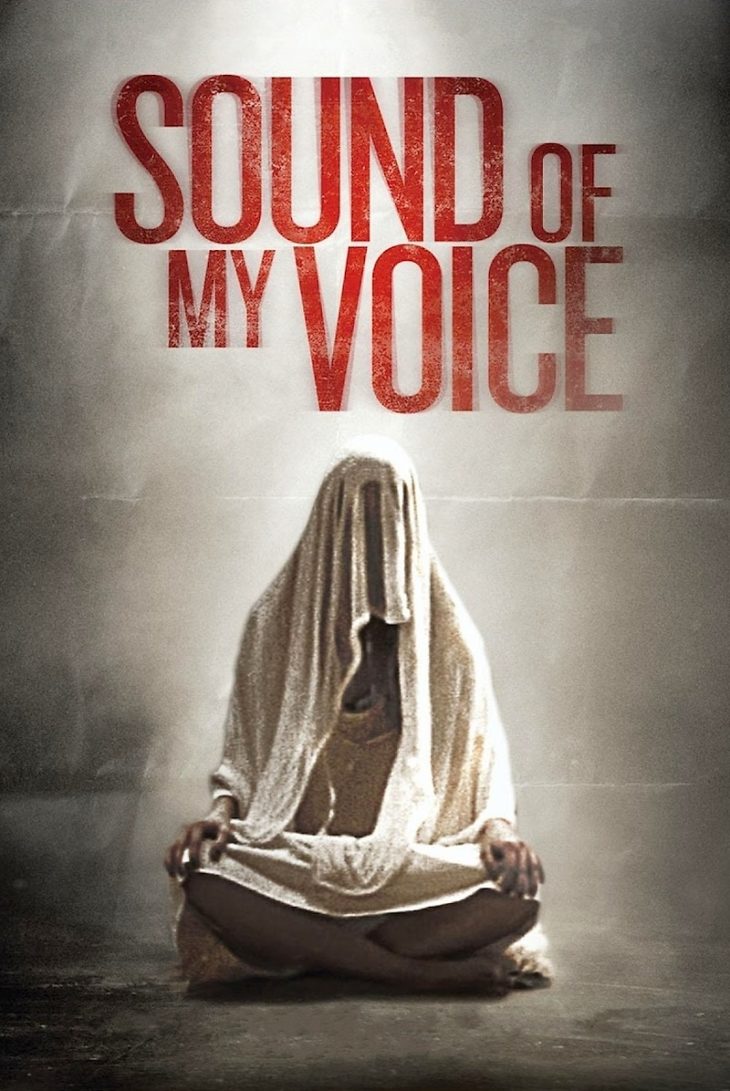 “Sound of My Voice“, which I just watched this past weekend, is so good at depicting the seductive nature of a cult leaver/guru — played here by Brit Marling (who also co-wrote the film) — that, frankly, I found myself buying into her shtick. Marling plays Maggie, a woman who claims to have come from the future to save and lead a chosen few from an supposedly impending civil war. Peter, a journalist, and his girlfriend Lorna have been working undercover in hopes of revealing Maggie for the con artist they believe her to be in a documentary film. But as they get closer to Maggie, they — and the audience – start to wonder if she’s maybe telling the truth after all…. 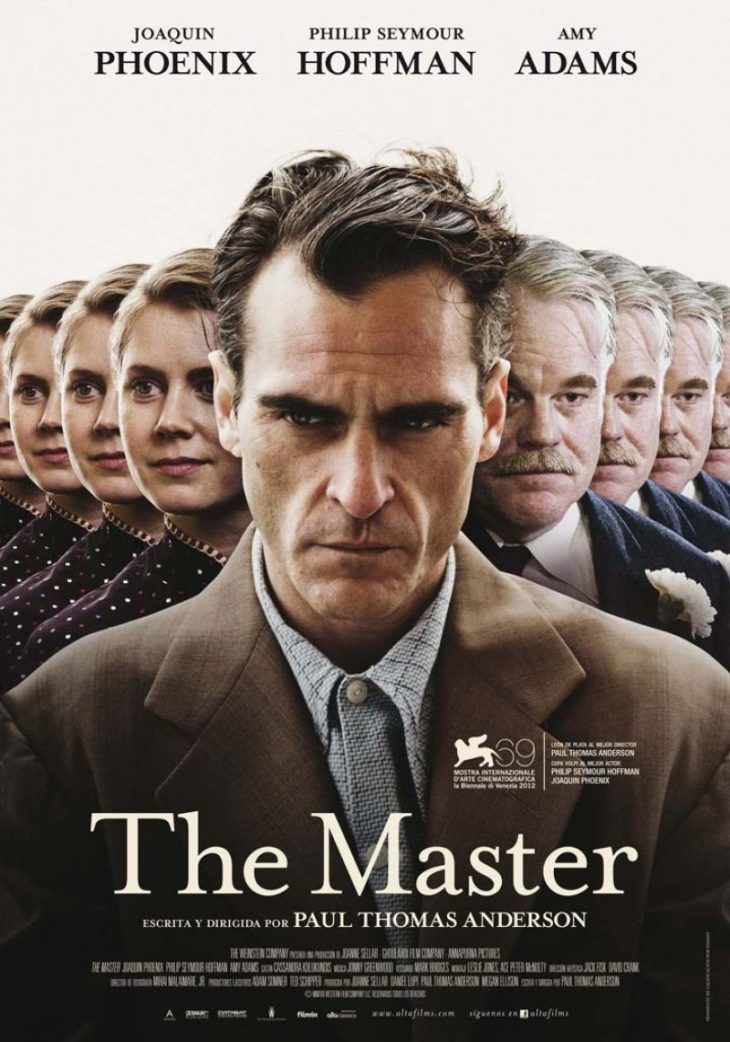 Paul Thomas Anderson has admitted that his latest movie is “loosely based” on the early years of L. Ron Hubbard’s Church of Scientology. But as a bit of an amateur Scientology expert/obsessive myself, I can assure you that “The Master” is actually heavily based on the trajectory of Hubbard’s organization, with many of the fictional cult’s teachings and methods nearly exactly mimicking those of Scientology.

Philip Seymour Hoffman plays Lancaster Dodd, the leader of The Cause, while Joaquin Phoenix plays Freddie, a wayward drunk former soldier who is sucked in by Dodd’s fatherly demeanor and promises that his philosophical teachings could cure what ails him. To Dodd, taming Freddie presents the ultimate challenge. 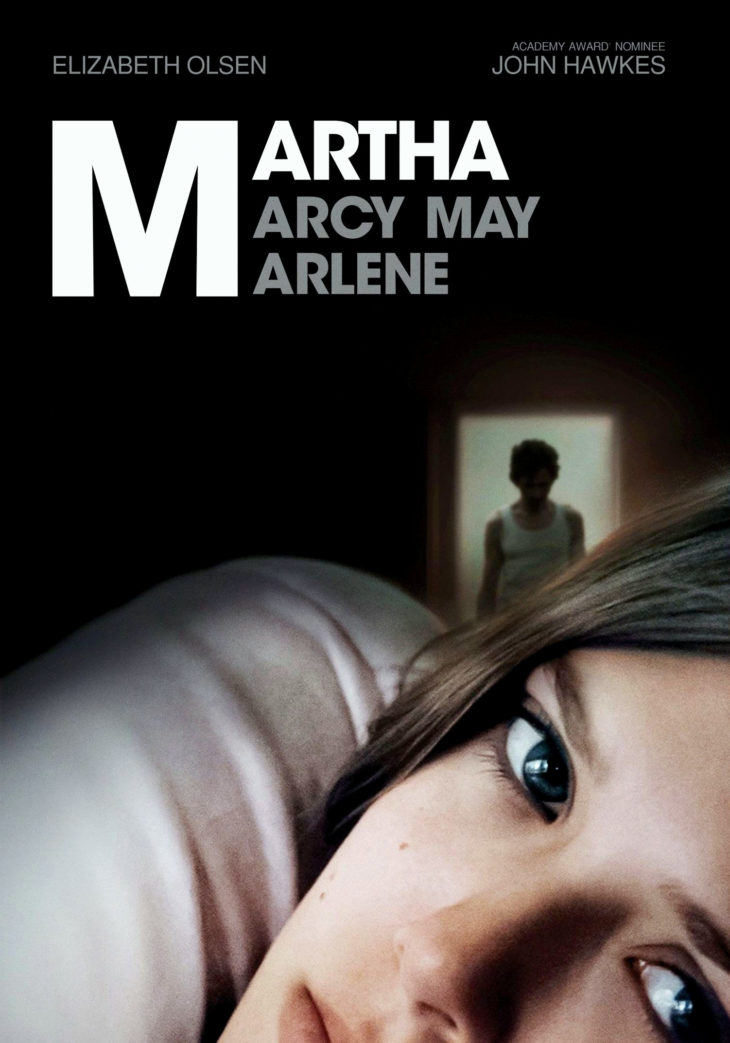 Elizabeth Olson, younger sister of twins Ashley and Mary-Kate, is the breakout star of this critically acclaimed indie flick, which also stars the impeccable John Hawkes as the leader of an abusive cult in the Catskill Mountains. Olson plays Martha (though Hawkes tells her she looks more “like a Marcy May”; the “Marlene” is the name all the women in the cult use in order to conceal their identity), a member of the cult who flees to live with her sister and brother-in-law. The film is told in both present time and flashbacks to Martha’s time in the cult, the effects of which she is still deeply traumatized by.

Jonestown: The Life And Death Of The Peoples Temple (2006) 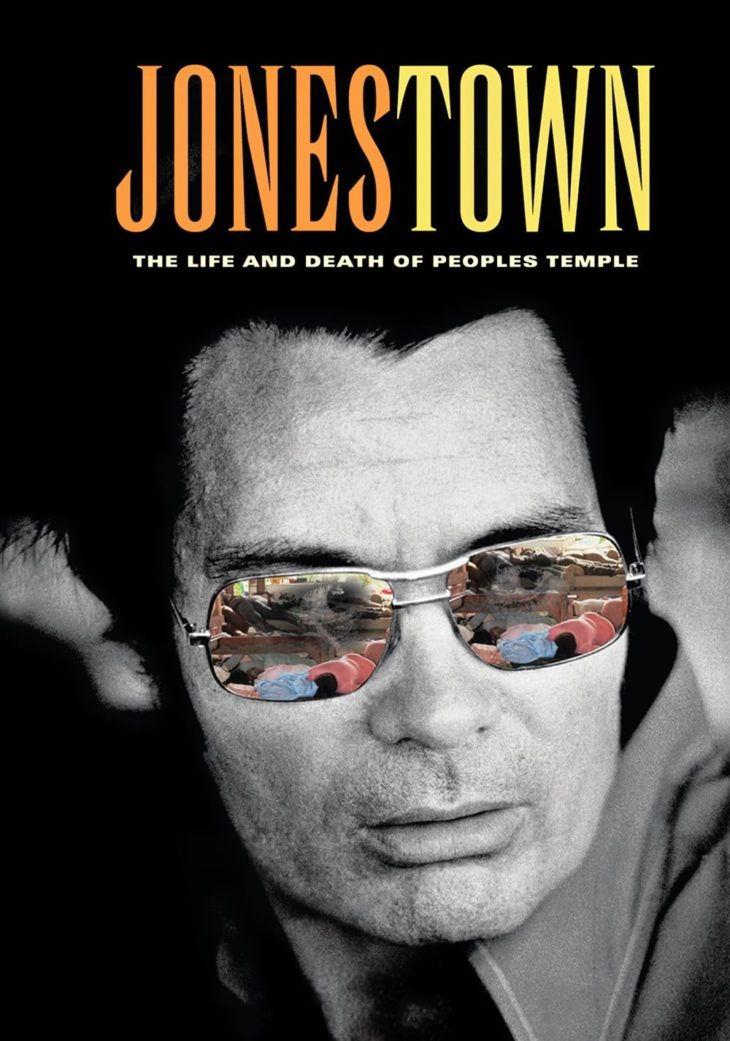 This documentary is about cult leader Jim Jones, who famously led a group of 900 follows to a town in a Guyana called Jonestown, where he orchestrated their mass suicide (using poisoned FlavorAid) in 1978. The doc features interviews with former members, Jonestown survivors, and people who knew Jones throughout his life. The history of the Peoples Temple is a fascinating one and this doc does an excellent job of telling the story in an engaging, and incredibly frightening, way. 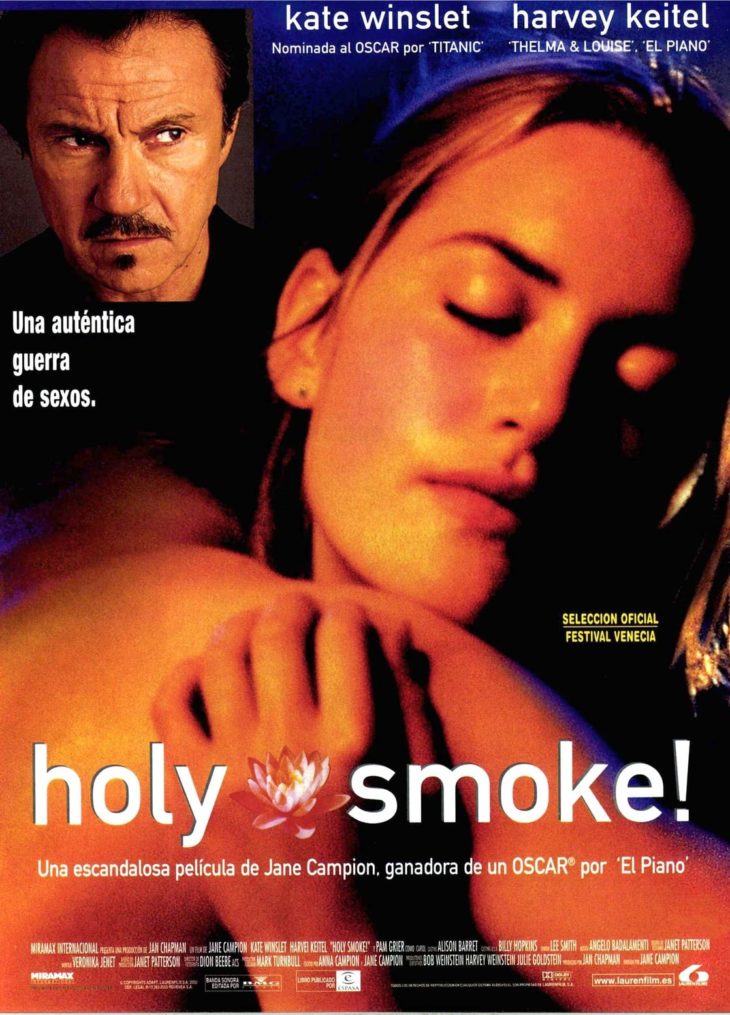 Kate Winslet and Harvey Keitel in one movie, and a cult movie directed by Jane Campion at that?! Yes please! In “Holy Smoke,” Winslet plays Ruth who, on a trip to India, falls under the spell of a guru named Baba, changes her name to Nazni and decides to not return to her native Australia. Her parents flip out and concoct a story to get her to come home, tricking her into spending a weekend in a cabin deprograming from her cult indoctrination under the watchful eye of PJ (Keitel). 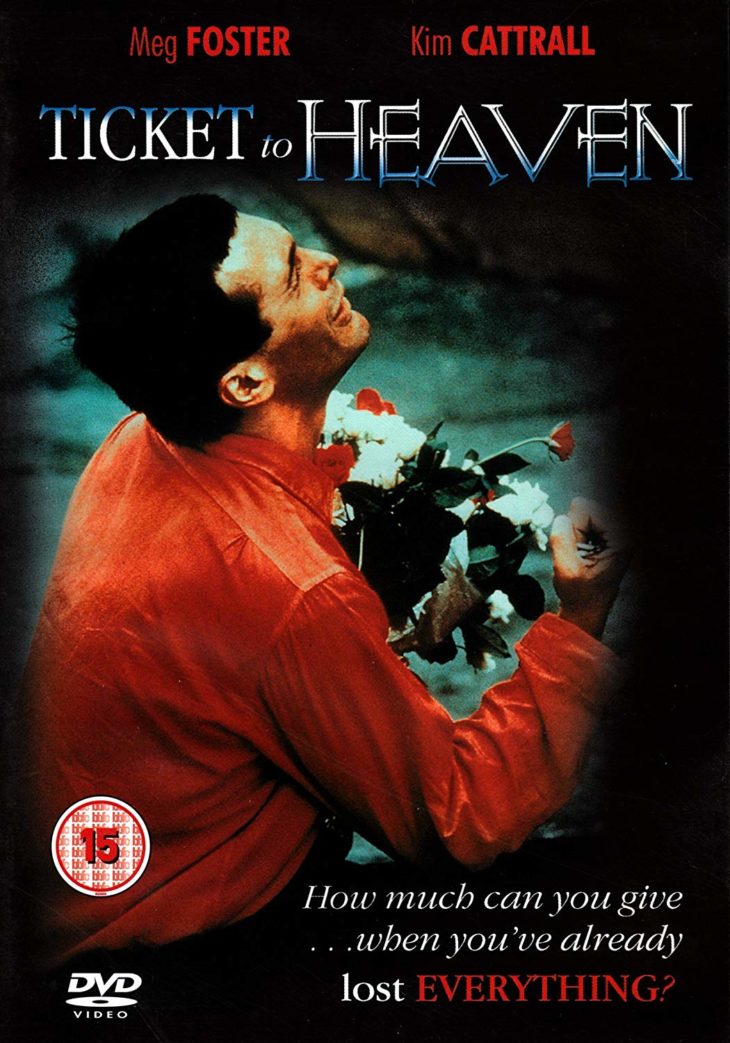 This Canadian film is about a man named David who, after breaking up with his longtime girlfriend, heads to San Francisco to visit and friend and ends up at a remote “summer camp” called Liberty City. There, “the group,” as they’re called, wakes up early to exercise, pray, and chant, and the discussions are mostly about God. The group is encouraged to pray for their true parents, which include an Asian businessman they call “Father,” whose mantra is “Bring in the money! Stay awake! Stamp out Satan!” Yeah. Obviously the group is more than your average adult summer camp (who goes to adult summer camp anyway?!) — it’s a cult! 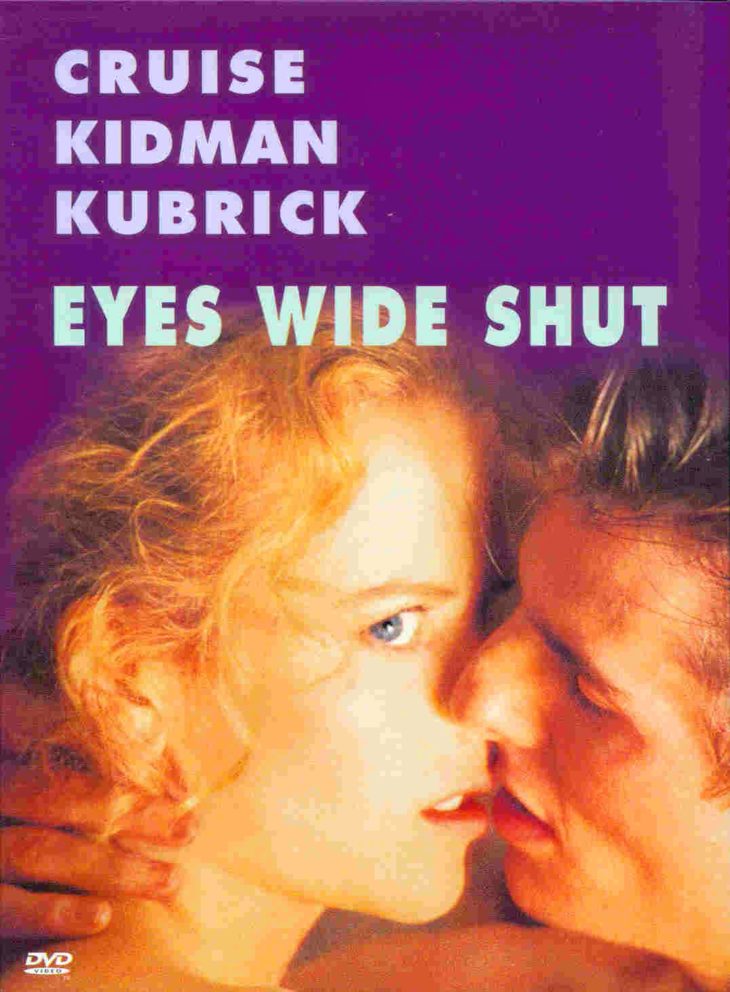 Ahh, the cult movie that so wore out Tom Cruise to make that he became susceptible to his own cult’s highly calculated attempts to reel him back in as their token Jesus figure, ultimately splitting he and wife Nicole Kidman up. I digress. 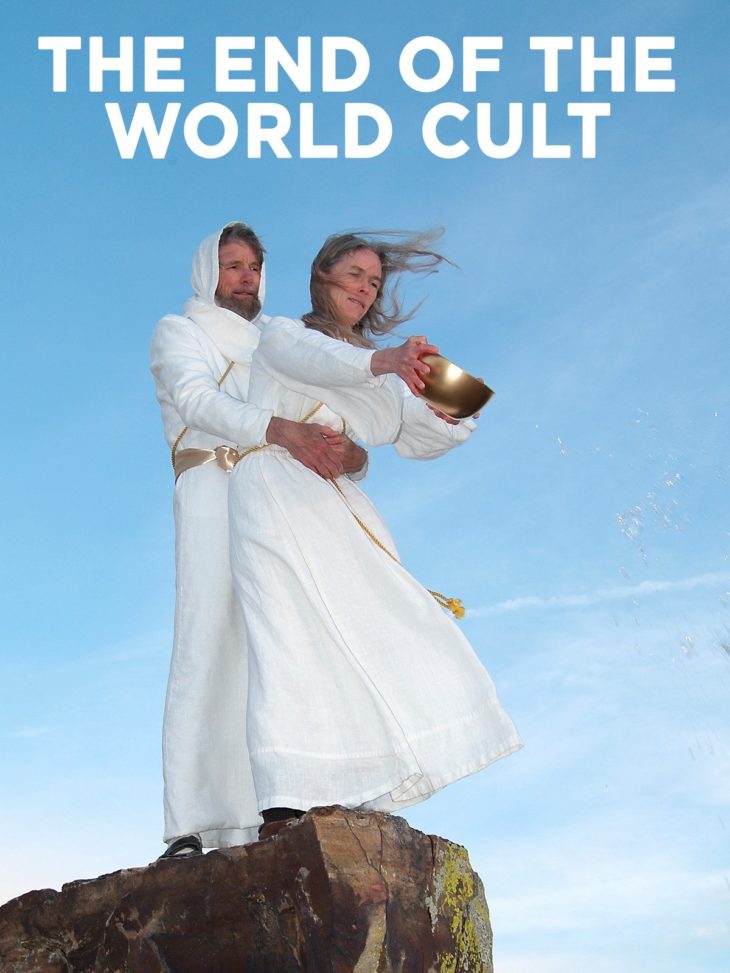 This documentary is about the cult Lord of Our Righteous Church, also known as Strong City, whose members operate in New Mexico. Their leader is Wayne Bent (aka Michael Travesser to his followers), who claims that, during an experience in his living room in June 2000, God told him, “You are the Messiah.” And some people believe him, apparently! The film specifically covers Bent’s announcement that the Day of Judgment began on October 31, 2007, the year the film was made (guess he was wrong?), and explores the origins of the cult and their specific beliefs.

(Bent has since been convicted of one count of criminal sexual contact of a minor and two counts of contributing to the delinquency of a minor, but his conviction was overturned in 2011. The NM attorney general is appealing the decision.) 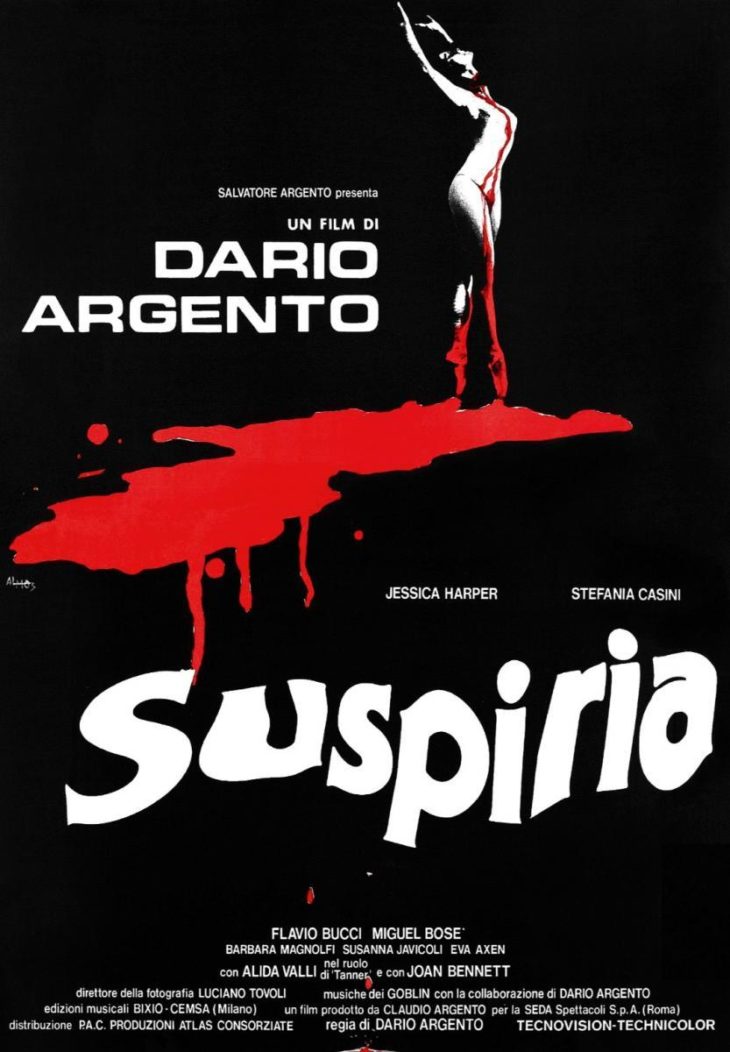 There are a number of movies about cults that are of the Satanic ilk. I’ll be honest that those don’t interest me nearly as much as films about weirdo mystic cults etc. But this old Italian film sounds like a must-see. “Suspiria” is  about “a newcomer to a fancy ballet academy” who gradually “comes to realize that the staff of the school are actually a coven of witches bent on chaos and destruction.” I love this concept, as there’s something rather cultish about the professional ballet world as it is…

How to Create a Montessori-Friendly Home